MANCHESTER – Congressman Tom MacArthur (R-3) came to New Hampshire to show his support for Governor Chris Christie as he completes his final push to show that he is a viable presidential candidate.

“Tonight is a big night and Tuesday is obviously a bigger day so I just wanted to come out and support our governor,” MacArthur told PolitickerNJ as he prepared to enter the debate hall at St. Anselm College where Governor Christie would take the stage for the last time before the New Hampshire primary on Tuesday.

Christie has put more time and effort on the ground in New Hampshire than any other place on the campaign trial. He has a lot riding on Tuesday’s primary. If he doesn’t do well, his presidential run could falter, especially as donors tighten their belts and his funds dry up. Current polls have him at as low at 4 percent among likely New Hampshire GOP voters.

“Polls are, as we saw in Iowa, not terribly reliable sometimes,” said MacArthur. “I think the voters will speak with a loud and clear voice.”

When asked if he thought voters might be hesitant to cast ballots for Christie because of record low approval ratings at home, MacArthur said he believes other factors are more at the forefront of the minds of New Hampshire voters.

“I think they are looking to who they think will be the best leader for this country,” MacArthur said. “Looking at a governor who has actually had accountability for things will be important to them. Looking at someone who has accomplished some things will mater to them.”

According to MacArthur, Christie is still very much in the running.

“I think he is captivating people,” MacArthur said. “Obviously it is a crowded field and there are a lot of people being supported so it will narrow over time but I feel confident that he will hold his own on Tuesday.”

Before the debate, MacArthur joined Mary Pat Christie and Maryland Governor Larry Hogan for an event in support of Governor Christie. 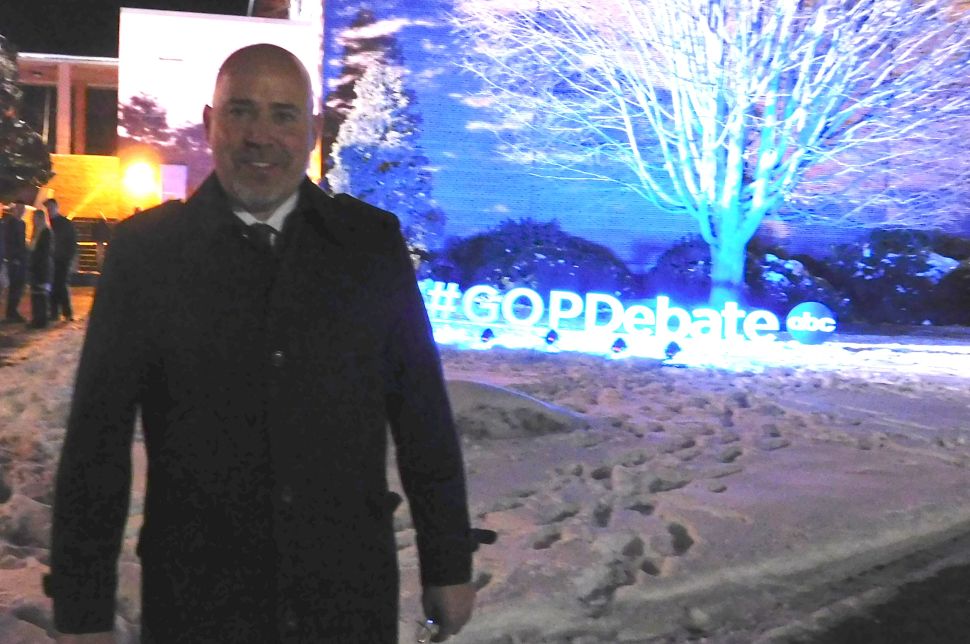