What do Marco Rubio and Bernie Sanders have in common? They’re U.S. senators. That’s about it.

But the Florida Republican and Vermont independent can both say Iowa did them plenty of favors last night, lending each a great deal of momentum heading into New Hampshire.

For Mr. Rubio, it was about beating expectations. He came in a strong third, winning 23 percent of the vote and nearly overtaking Donald Trump, the celebrity billionaire and perpetual front-runner. Few expected Mr. Rubio to compete in Iowa, where Sen. Ted Cruz of Texas and Mr. Trump were heavy favorites, and Mr. Cruz ultimately won.

With Mr. Rubio establishing himself as a top tier candidate, the Republican primary could fast become a three-way race. If Jeb Bush, Ohio Gov. John Kasich and New Jersey Gov. Chris Christie, three candidates who tanked in Iowa, fail to place in the top three in the Granite State, the Republican establishment will begin to coalesce around Mr. Rubio, a Tea Party insurgent who warmed to the GOP donor class.

Mr. Cruz, who has no endorsements from any sitting U.S. senators, and Mr. Trump are clear outsiders, and one or both could start to face the brunt of a concerted, establishment-backed opposition if Mr. Rubio gains strength. The Koch brothers, for example, have sat on the sidelines, as have other major money players in the Republican Party. Mr. Trump’s aura of invincibility is gone and Mr. Cruz may be too conservative to ultimately win the moderate, delegate-rich states that will help to determine the nominee.

This all means, quite simply, that Mr. Rubio can really smile right now.

On the Democratic side, Hillary Clinton appears to be on the verge of eking out a win in Iowa, leading 49.9 to 49.6 percent over Mr. Sanders, a self-proclaimed democratic socialist, with 97 percent of precincts reporting. Regardless of the outcome—for now, it’s a “virtual tie”—and how Clintonworld spins this, Mr. Sanders did very well tonight.

He began his campaign as a quixotic insurgent, a 74-year-old unknown from the 49th most populous state in America. Now he has proven he can run an effective campaign in a state where building an efficient get-out-the-vote operation is everything; more importantly, he has shown he can raise gobs of money, and his supporters should be fired up for New Hampshire.

Ms. Clinton was the vaunted front-runner before Mr. Sanders, on the strength of large rallies and the enthusiasm of millenials, grew into a serious contender. Thanks to a ground game that was reportedly superior to her effort eight years ago, and helped by the Obama aides who once ended her presidential dreams, Ms. Clinton at least held firm in Iowa, and avoided a 2008-style wipe out.

Iowa’s allocation of delegates won’t be settled for months, and it’s a complicated process regardless. Ms. Clinton may leave the state with 22 delegates, one more than Mr. Sanders, according to the Associated Press. This is a tiny number in a nomination contest that will require the winner to secure 2,382.

But Iowa is all about expectations, perception and momentum. Mr. Sanders is set for a win in New Hampshire, where he is polling ahead of the former secretary of state. Neighboring Vermont and home to plenty of white liberals, the Granite State is friendly territory.

Still, like Mr. Rubio, there are many unanswered questions. Can Mr. Sanders overcome Ms. Clinton’s strong support among nonwhite voters? This will mean fighting hard in South Carolina and Nevada. Iowa was a good place for him, and at least some commentators are arguing he should’ve done even better among such a heavily white electorate.

The vast Clinton network could be getting nervous. Maybe Mayor Bill de Blasio should’ve knocked on some more doors? 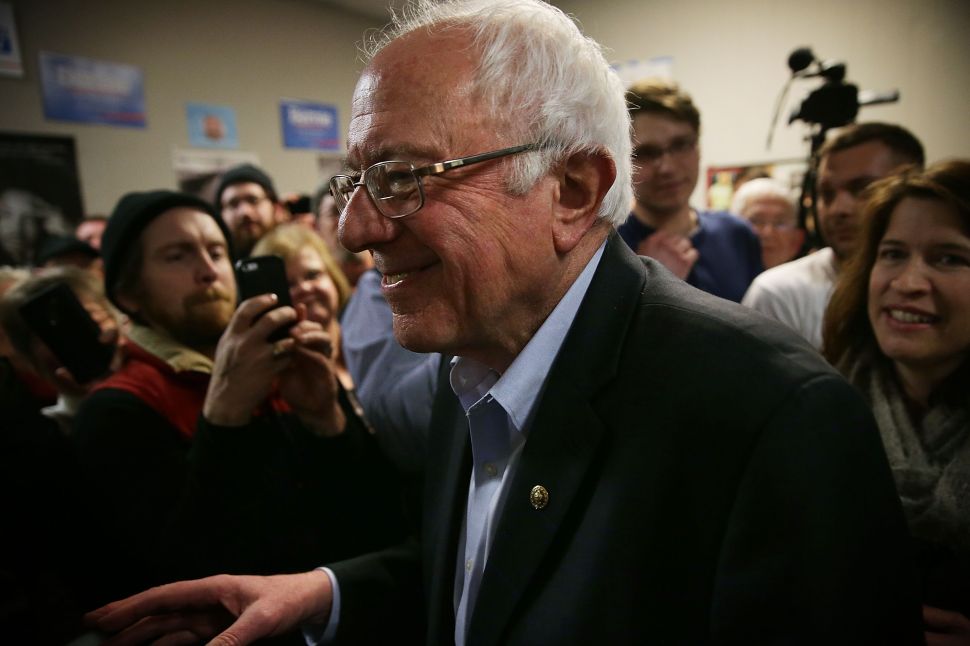