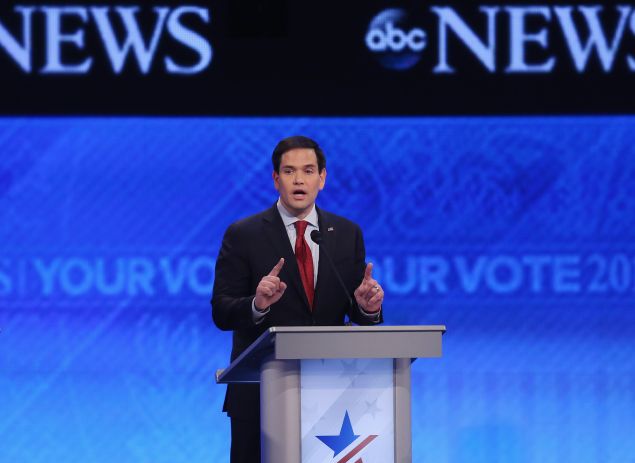 The reviews are in. Sen. Marco Rubio had a very bad night.

Commentators across the political spectrum mocked Mr. Rubio, a Florida Republican, for his canned, robotic answers to attacks from GOP rivals, most notably from Gov. Chris Christie of New Jersey, at the final televised debate before the New Hampshire primary on Tuesday.

Three times, Mr. Rubio defaulted to a line he has been delivering in his stump speech that President Barack Obama is not necessarily unprepared or unknowing about what he is doing. “We are not facing a president who does not know what he’s doing,” Mr. Rubio said, arguing that Mr. Obama understands perfectly well that he is trying to make the country a more liberal place.

Mr. Christie shot back that Mr. Rubio was reverting to “the memorized 25-second speech.”

“You have not been involved in a consequential decision where you have had to be held accountable,” Mr. Christie said. “You simply haven’t.”

The crowd even booed the Florida senator.

So does this mean that Mr. Rubio, who was predicted to be the target of attacks after he rose into second place in a recent poll, is doomed next week? Not necessarily.

Sen. Ted Cruz of Texas was in a very similar situation on January 28 when Republicans debated for the final time before the Iowa caucuses. Mr. Cruz, as the Iowa front-runner, was initially deemed the punching bag by candidates and the moderators, and everyone played their role. “Ted Cruz Endures More Hits From Rivals After Tough Debate,” blared a New York Times headline from the day after.

The local Des Moines Register was probably harshest. On their front page, in large typeface, a headline declared “Rough Night for Cruz.”

Mr. Cruz, of course, went on to win Iowa anyway.

To be fair, Mr. Rubio was less adept in the line of fire. He fulfilled stereotypes; he was the caricature of the inauthentic pol. Mr. Christie, who is fighting for his political life in New Hampshire, clearly got the best of him.

Given the history of the debates, and the penchant of the press for sweeping pronouncements, it’s not all that clear any of this will have a great impact on Tuesday. 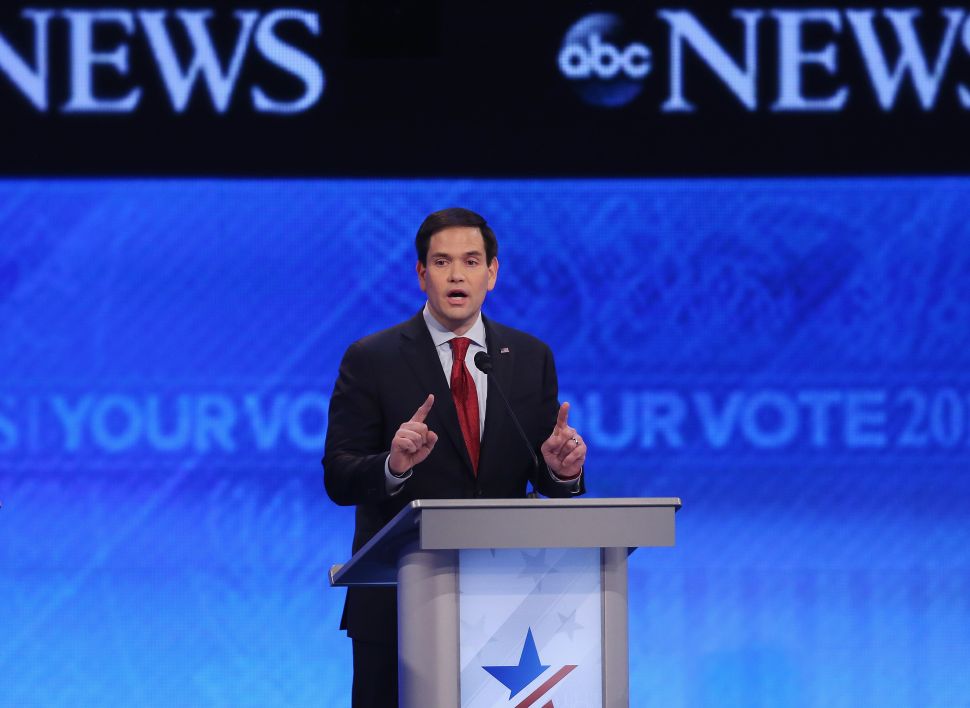