Mr. Cuban, a businessman and owner of the Dallas Mavericks, gave his opinion on a host of presidential candidates in the wide-ranging radio interview.

But we already know that Ms. Clinton did receive classified emails, so it’s a moot point.

Mr. Cuban went on to say that Ms. Clinton’s biggest issue when it comes to emails is that she hasn’t properly explained the situation. When he was pressed by Ms. Cosby to clarify whether she used the private server “as more of a safeguard than something nefarious,” Mr. Cuban said he think Ms. Clinton simply didn’t know what she was doing and used the server for convenience.

“So, I think in reality whoever was giving her guidance probably said, “Look, the best way to protect yourself from getting classified emails in a, in a private account, so they’re not confused, is by setting up your own private server. And the best way to protect classified information that you receive and review, is to print them out in hard copy, just like they did before email,’” Mr. Cuban said.

That sounds like terrible advice, especially in lieu of the fact that Ms. Clinton was more than able to send and receive classified emails through her private server. Mr. Cuban continued to say that if Ms. Clinton had simply explained that to the American people, she would have come out of Emailgate stronger.

Mr. Cuban said there was no candidate on either side of the aisle that seemed to be technologically literate, not even former Hewlett-Packard CEO Carly Fiorina.

Mr. Cuban was also critical of Ms. Clinton’s rival, Vermont Sen. Bernie Sanders, saying he was “not convinced” the self-described socialist would be a great president. Mr. Cuban did say, however, that of all the presidential candidates, he would love to sit down with Mr. Sanders the most in order to discuss his rhetoric about millionaires and billionaires (who wouldn’t love to see that conversation?).

On the Republican side, Mr. Cuban praised business magnate and fellow billionaire Donald Trump as “a breath of fresh air from the perspective that he speaks his mind,” but also insisted that a Trump presidency was “a longshot.” He also suggested that Mr. Trump would be a more pragmatic president – and tone down the rhetoric – if he were actually commander-in-chief.

As for Ted Cruz, Mr. Cuban was critical, calling Texas senator “Joe McCarthy reincarnate.” Mr. Cuban said Mr. Cruz, who is currently polling nationally behind Mr. Trump, is “not the type of person who will accomplish anything” and is “just obstructionist.”

“I couldn’t even imagine him being president. I couldn’t think of anything worse,” Cuban said. “So, he’s the one candidate I definitely would not vote for.”

Mr. Cuban was more subdued critique of Mr. Cruz’s rival Marco Rubio, saying the Florida senator was “engaging” and “smart” but didn’t have much to offer when it comes to fixing the economy.

One non-Trump Republican Mr. Cuban did seem to like was Ohio Gov. John Kasich. Mr. Cuban said he was socially liberal and fiscally conservative, so if Mr. Kasich was more socially liberal, he’d “be all in on him.”

Mr. Cuban wouldn’t rule out the possibility that he himself would run day run for president, saying “I never say never.” But in terms of other candidates he would like to see run for the highest office in the country, Mr. Cuban prefers former New York City mayor Michael Bloomberg and Vice President Joe Biden.

For Bloomberg, however, Mr. Cuban wondered if the staunch gun control advocate was “too meek” to run for president.

“Certainly in the business world he’s far from meek, and he can handle himself in any circumstances, and he’s proven that when he was mayor,” Mr. Cuban said. “But in this election, the way things are running right now, being loud unfortunately means something and it takes a force of voice to stand out, particularly on the Republican side.”

And if there was one candidate Mr. Cuban would no doubt vote for, it would be Mr. Biden, saying the current vice president – who declined to run for president following the death of his son – would be the one candidate that could work with both sides of the political aisle.

The full 28-minute interview can be heard here. 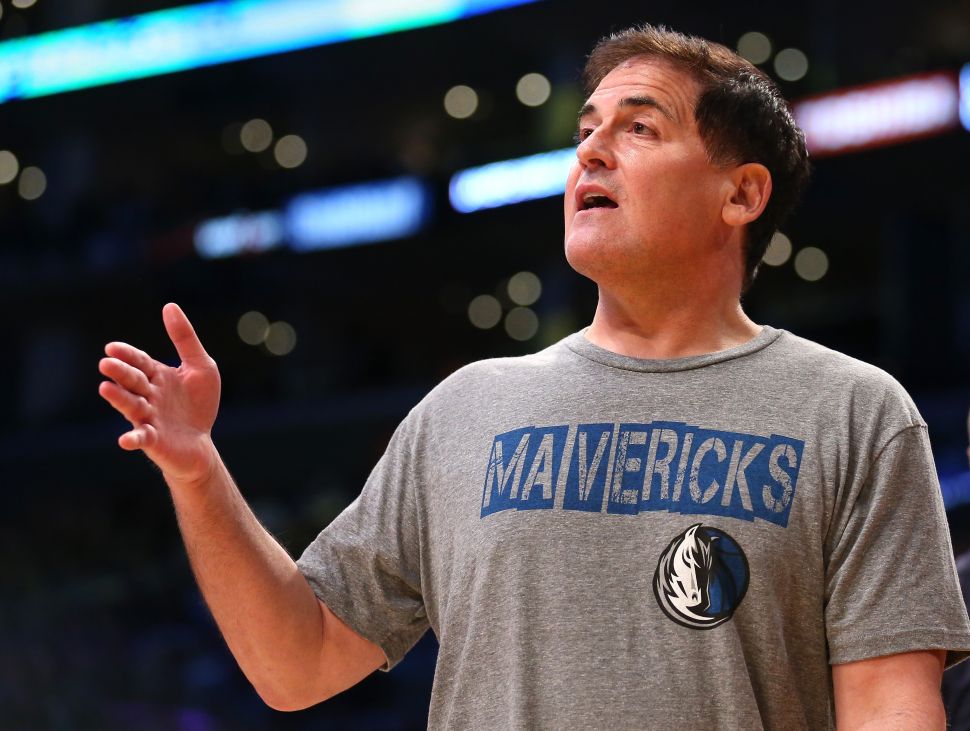