These days, it’s hard to find a TV show or movie that doesn’t have the Duplass name attached to it. Known for acting, producing, directing, screenwriting (and even making music), Mark Duplass–along with his brother Jay– really does it all. Last year, the show co-created, co-produced and co-written by both Duplasses, Togetherness, debuted in all it’s unapologetically real glory. Mark Duplass, Steve Zissis, Amanda Peet and Melanie Lynskey play characters who are struggling with who they are and the paths they’ve chosen. The choices they make and the problems they encounter make them incredibly relatable and interesting to follow.

Along with Togetherness, the Duplasses are co-producing HBO’s Animals, a few Netflix original films, and a book. With this slew of projects under their belt, it’s pretty clear that the brothers won’t be putting the brakes on their creative projects anytime soon.

Before the second season of Togetherness premieres tonight, in all its awkwardness and character flaws, we caught up with Mark Duplass about being one of Hollywood’s power players, his lost (but not forgotten) time in an indie band and the many projects you’ll see his name on in the near future.

Upon first glance at the trailer for Togetherness, it seems like the characters were all in better spirits than last year. They were all pretty miserable in one way or another in the beginning of season one.

Mark Duplass: I never thought about it that way to be honest with you. It’s always weird because trailers are little snippets of footage. There was never any intention for us to be like “oh they’re happier this year instead of last year.” For me, the main difference between season one and season two is, season one was more about getting to know the characters, getting to know the intricacies of their personal dynamics and spending a lot of time sitting with them. That’s kind of setting the powder keg, and season two is about lighting that shit on fire.

You’ve said in an interview that the more specific you and Jay [Duplass] got with the characters/storylines, the more relatable they were. What did you hone in on the most this season of Togetherness?

MD: I guess I would say that once we learned that you can design a television show that tries to make each of your characters relatable to everyone on some level—a lot of TV shows are designed that way, particularly network TV shows—we realized that we could let these people to be hopelessly and utterly themselves. Quite frankly, some people look at our characters and think that they’re self-involved and despicable, and some people look at them and say “I know exactly what you’re going through, and I feel your pain.” Once we just allowed them to be uniquely themselves, I think the show took off. I think people will see a lot more of that in season two.

Which character will we see the most growth in this season on Togetherness?

MD: It’s a big season for everyone. I am just particularly excited for what happens with Tina this year. I think Amanda [Peet] does some of the best work I’ve ever seen her do in this season. That’s just exciting to me. Her character comes alive for me this year. Brett goes through a lot this year. There’s a lot more happening this year in comparison to last year.

On another note, your time in the indie band Volcano, I’m Still Excited!! surfaced recently. In an interview with VICE, you said it was the first time you talked about it in 11 years. You guys do have a Wikipedia page, but do you think that was that kind of buried on the Internet to some degree?

MD: No, no. It wasn’t buried at all…we just weren’t that popular. We were a small band on a cool, indie label called Polyvinyl that does those bands like Mates of State and Of Montreal, but we were one of their baby bands. There was no conspiracy or attempt to bury us. We were just forgettable, which is really the essence of it. Someone happened to be a fan of the band and happened to talk about it, so I think it’s really why it happened.

You and Jay seem like regular dudes, but you guys have really become two of Hollywood’s biggest power players. You’re everywhere. How do you balance all of your projects?

MD: It’s a good question. Obviously having two of us is tremendously helpful. We also have a really big community of collaborators slowly but surely over the last 12 years since we went to sundance. We have our great friend and trusted producer, Mel Eslyn who runs our Netflix division and Stephanie Langhoff who runs our HBO TV division. We have hundreds of filmmaker friends who we have met and enjoyed through the years. We don’t waste a bunch of time doing general meetings with people we don’t know trying to find movies together. People spend 98 percent of their time in this business taking bullshit meetings with strangers that they’ll never make, and we refuse to do that. When we want to make a project, it’s either because one of our friends brought it to us and said “I need your help,” or it’s because me and Jay had an idea we felt was interesting, and we didn’t want to make ourselves, didn’t think we were the best people to make it or don’t have the time to make it. So, we bring that to one of our friends and say, “Hey, you made this awesome movie back 10 years ago when we met, do you want to make this new TV show or movie idea with us?” That has sort of a ruthless sort of efficiency to it, and that’s kind of how we do a lot of things. We just refuse to waste time on things that won’t absolutely result in a movie or a TV show.

When do you sleep?

MD: I sleep eight hours a night for sure, except when my kids are waking me up, which surprises people. We’re not workaholics burning it at both ends. The time when we’re working, we’re ruthlessly efficient with it. You’ll find us in a meeting where we’re discussing a script jumping through rooms. We hop around and work with really smart people who need our help, but don’t need us there the whole time. That really is key.

On top of Togetherness you have Animals? What made you want to do this animated series?

MD: Well, I fell in love with the short that they made, and I fell in love with the guys [Phil Matarese and Mike Luciano]. They reminded me of me and Jay when we were first trying to put stuff together. I felt kind of protective of them because they had this wonderfully weird idea that I worried if they sold it to a traditional model of TV, it would get all of its odd, wonderful edges rubbed out of it and turn into something that wasn’t them. That was really the start of it, me saying, is there a way that I can help these guys make this thing exactly the way they want to make it and protect them from their first foray into the TV world? That’s how we made our plan: So we made a bunch of the episodes independently in an apartment in Los Feliz, Los Angeles, took it to Sundance and sold it to HBO from there. That was kind of an exciting way to do it, which in turn protected the guys and made it into the weird show it has become.

What’s coming up following Togetherness for you and Jay?

MD: Well, we’re making season two of Animals right now, and we’re writing season three of Togetherness, so hopefully there will be more of those to come. We have a whole slate of original movies that we’re making for Netflix. Four of those movies are going into production this year. We’re not directing all of those, but we’re producing them, sometimes writing and acting in them. There will be a lot of collaborations with our old friends and our community on that front. Jay and I are writing a book about the essence of our collaboration for Random House. That’s really new for us, and we’re not really good at that yet, so that’s gonna be a hard one. Jay goes into Transparent today. It’s a hard and busy time for us, and we would never complain openly, but we complain to each other all the time.

That’s so sweet. Are any of the scenarios on Togetherness directly from you or your brother’s lives?

MD: I would say nothing directly comes from our lives, but everything that is the show I would say comes from the soup of our lives. It’s the general conversations we’re having with our friends at dinner: whether they’re the people who aren’t married yet and don’t have any success in their careers like Alex and Tina on season one, or whether they’re like Brett and Michelle and they have everything they’ve ever wanted, but are getting crushed by it all. These are the things that circle us right now. I would say this is the most personal thing we’ve made in a long time and the thing that most closely resembles the kinds of things we talk about. That being said, I’d say we’re very different people from the characters of the show. The only person I’d say is very similar to their character on the show I’d say is Steve [Zissis] because that one was the most autobiographical.

Back to Volcano, I’m Still Excited!!, will you guys ever do a reunion tour?

MD: I don’t know. I have nightmares about it all the time…that I’m on stage and I forgot to play all of the songs. That would probably be true if I got up there. We joked about it occasionally because we’d get up on stage and maybe our 13 fans would be there. We don’t feel audiences clamoring for it just yet.

I could totally see you guys one night playing at Shea Stadium in Brooklyn.

MD: We totally should. I bet it would be very, very empty and surreal. 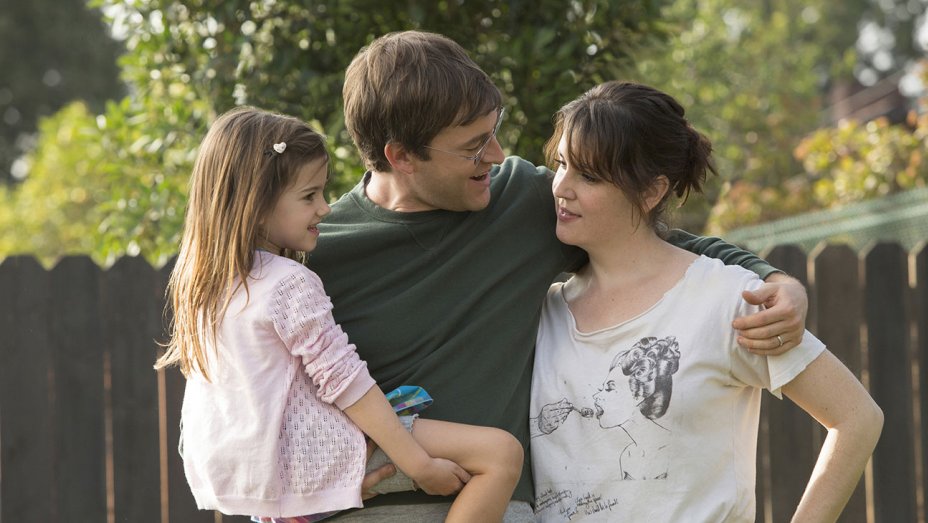