Mark McNairy doesn’t care what anyone thinks, and the menswear designer’s devil-may-care attitude is encapsulated masterfully in his newest tome F**K IVY, out today from Harper Collins. Inside its 175-pages, Mr. McNairy reveals his outlook on menswear trends, menswear staples, and the world of fashion as a whole, though the concept started simply enough as a scrapbook. “Actually, I went to the release for Pharrell’s book, and someone from his publisher asked me if I was interested, and I was like, ‘Sure,’ ” he said over the phone, sitting poolside at his new home in Los Angeles.

He speaks with a southern drawl, and is not afraid of profanity whatsoever. “I came up with an idea to present to them, and it took me about six months or a year to get it together. They said, “Nah, come back with another idea,” and I was like, “Fuck you.” It was painful to have to come up with a presentation, because it’s outside of my normal scope of things I do. So I kind of just let it go, then my agent said she got me a book deal, so that was cool. They gave me the advance, and I spent it. I thought about the book, and didn’t do anything until we came up with the idea to make fun of Take Ivy. The first idea was kind of like a book on everything that’s made me who I am, that influenced me from the beginning, like The Andy Griffith Show, G.I. Joe, and Hot Wheels. I wanted it to be a scrapbook in no particular order, but the publisher wanted to divide it into categories, so she did the best she could with what I gave her, and we made a mixture of both ideas.”

The aforementioned Take Ivy is the original bible of prepdom. It examines the nuances of preppy dressing at Ivy League schools in the 1960s through the lenses of four Japenese style mavens. The photos are simple, even poetic, but in the case of F**K IVY, Mr. McNairy takes a very different approach. “The book is my opinion,” he said. “It’s basically entertainment.” In its pages he takes aim at the many implied rules of dressing. He slams the use of cummerbunds, which he deems “stupid,” but lauds anyone bold enough to wear white bucks regardless of season. “After all, it seems just fine for everyone else to wear white New Balance shoes any time they like,” the book reads. “So wear white bucks on a nice sunny day in October. No matter which hemisphere you’re in. Fuck Labor Day.” His style icons range from Johnny Depp to Cary Grant, and there’s even an entire section devoted to “Success.” His first piece of advice in this portion of F**K IVY is to “Be born like really, really, really, good-looking.”

Since writing his final draft of the book, he has a new bone to pick with guys wearing hats. It’s something he witnessed first hand after participating in the men’s apparel trade show PROJECT in Las Vegas last week. “The hat thing is making me not want to wear a hat,” he said. “I sell hats, so it’s good for business. Nobody used to wear hats though. It was all baseball caps. I had a hat made that I really like, but after coming back from Vegas and seeing everyone with a fucking felt hat on, it makes me not want to wear my hat. It makes me want a polyester trucker hat instead.”

“I’d say it’s a mix between Commes des Garcons and Brooks Brothers,” he said of his own style. “In my thrift store days my passion was collecting military khaki chinos and oxford button downs. Those two things, and a pair of Levi’s and white undershirts, are still the basis of my wardrobe.” I ask him about Savile Row suits, suspecting he might despise the hefty price tag as a man of democratic dressing. “Savile Row suits to me aren’t crazy,” he said. “It’s not crazy because it’s worth it. If you’ve got the money, go do that instead of spending $900 on a pair of Kanye sneakers. It doesn’t matter what those look like, you have them on because they’re Yeezys. People don’t wear them because they’re cool looking. If you’ve got the money, you should be buying Savile Row suits.”

With that, the subject of Kanye West was blown wide open. “Well, the truth is that before I started working with Pharrell at Jay-Z’s office, I never really looked into hip-hop,” he recalled. “My idea of hip-hop was Sugar Hill Gang and Grand Master Flash from the late ’70s and early ’80s. I could only name one Jay-Z song, and it was ’99 problems.’ I listen to a crazy mixture of stuff from Justin Bieber to Guns N’ Roses to Miles Davis, but my brother’s very narrow minded with hip-hop. He mentioned Kanye and I said, ‘What the fuck are you talking about?’ At that point I hated him, and never really listened to him. Then I think I listened to ‘My Beautiful Dark Twisted Fantasy’ and I was like, ‘This shit is awesome.’ That was the beginning of hip-hop for me. Kanye the musician is awesome. Kanye the person is another story. He’s a fucking idiot. I’m sure he’s aware of it, and everyone’s nuts in certain degrees. People put him on a pedestal, so it’s not his fault. It’s like Elvis. He was this country boy, and turned into a fucking freak from the attention, so I understand. I admire Kanye. I think he’s great as a musician, but he’s gotten a bit out of control. I had dinner in Vegas a few nights ago, and he occupied the whole fucking conversation. No matter what he says, people still eat it up.”

To Mr. McNairy, Kanye West is the embodiment of this idea that menswear is no longer made up of trailblazers of style like Nick Wooster, who dress themselves based on their own taste and their innate style. “All I can say is that people are wearing things because they can’t think for themselves,” he said. “Nick [Wooster] thinks. I’m sure he spends a lot of time buying his clothes, and pays attention to it, but he puts them on effortlessly. When he’s wearing something new and trendy it’s not like he’s on the runway. He has great style, and he’s born with that. You can’t learn it. I knew a guy who worked in a store, I won’t name names although I’d like to. When the whole preppy menswear thing happened he was wearing a pink oxford button down, skinny jeans, and Trickers shoes or whatever. I stopped by to say hi a few months later, and motherfucker had a kilt and leggings on. I was like ‘What?!’ That’s not style at all. That’s just not thinking for yourself. You feed people shit and they’ll eat it. Most people don’t think for themselves, but why am I complaining? Because if everyone dressed cool, then we’d have no one to make fun of.” 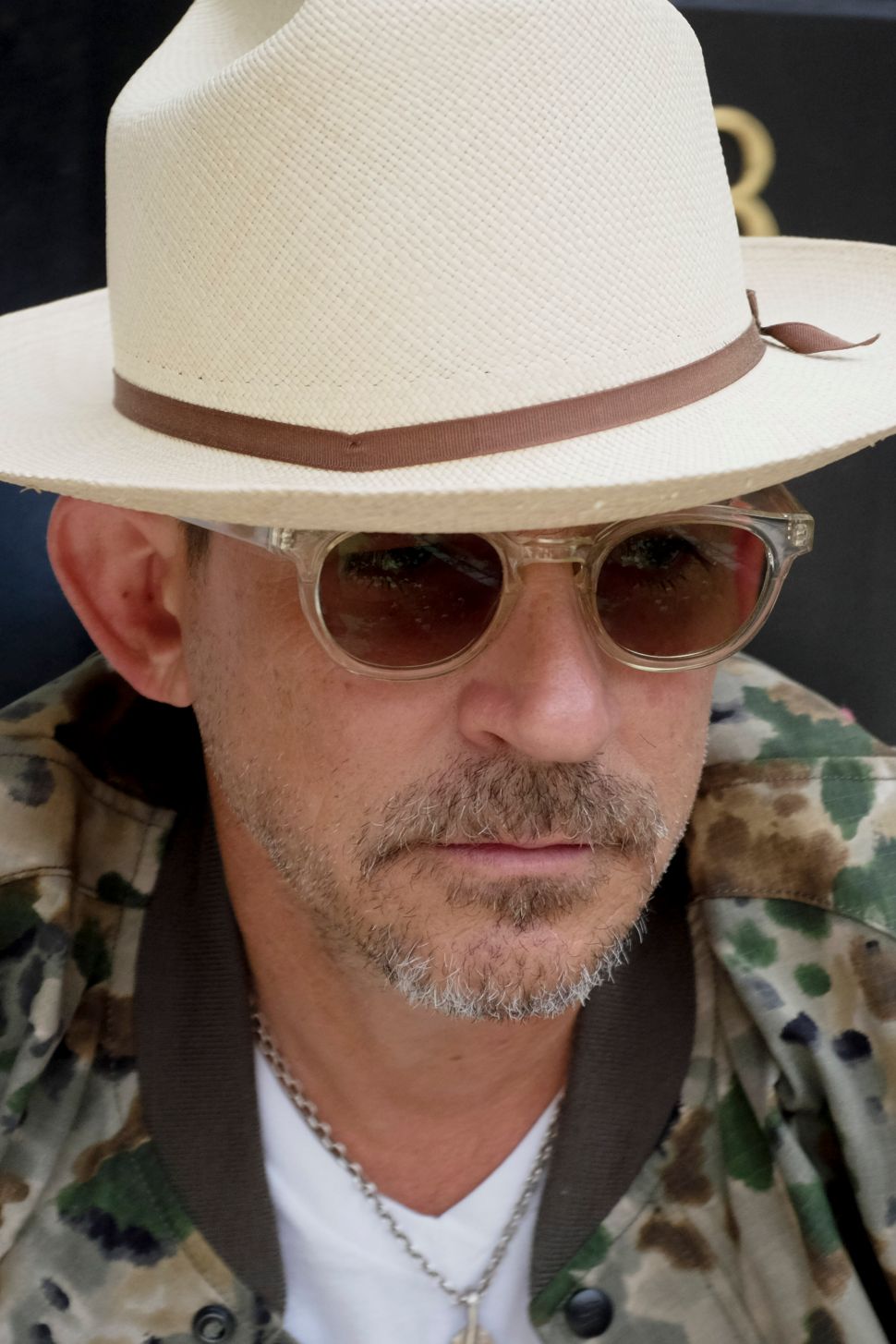