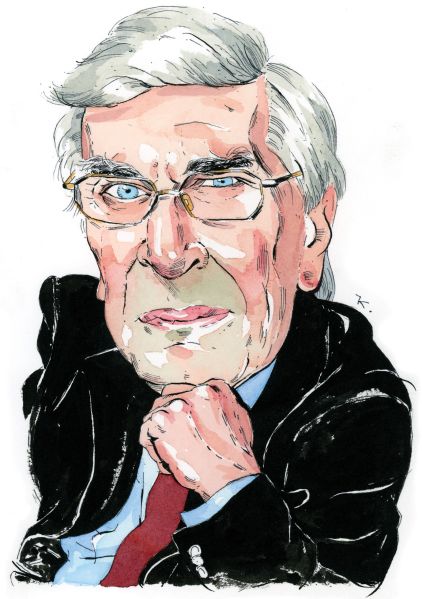 Martin Landau is an actor’s actor. A renowned teacher of the craft, he’s got an IMDB so juicy that his breakout role – disguise master Rollin Hand in Mission Impossible – is in the middle, followed by an avalanche of brilliance, including Woody Allen’s masterpiece Crimes and Misdemeanors, a wonderfully unlikeable set of twins on Columbo, a wise and kind mentor in Rounders and an Oscar for his unforgettable Bela Lugosi in Ed Wood. In Atom Eyoyan’s gripping new Holocaust drama, Remember, which opens in New York on March 11, Mr. Landau lives out my personal retirement fantasy by hunting Nazis from his old-age home.

I played Simon Wiesenthal and called and talked to him at length, for Max and Helen, which I did in oh probably 15 or 20 years ago in Budapest. He flew in and I kind of spent 24 hours with him and asked him questions like if you hadn’t done this who would have? He said, “No one, that’s why I did it,” When Atom sent the script to me, we hadn’t worked together in 28 years, and I read the script and I couldn’t get it out of my head. The ending actually captured me in a certain way and I kept replaying it in my head. It was a no-brainer is what I’m saying basically. I had to do this.

This movie has a twist ending but it put me in mind of your role as Judah in Crimes and Misdemeanors, where the whole point is that there’s not a Hollywood ending— there’s not a price to pay.

That’s one of the reasons I love that script, because it’s getting away with murder and being left scarless. I mean it’s an unusual movie – crime does pay. I mean it’s a heinous thing that Judah does, taking a life and living in this lie. On top of it, he’s not a bad man, he just fell into something that he should have dealt with honestly earlier and then it becomes a problem. He’s not a person who habitually cheats. 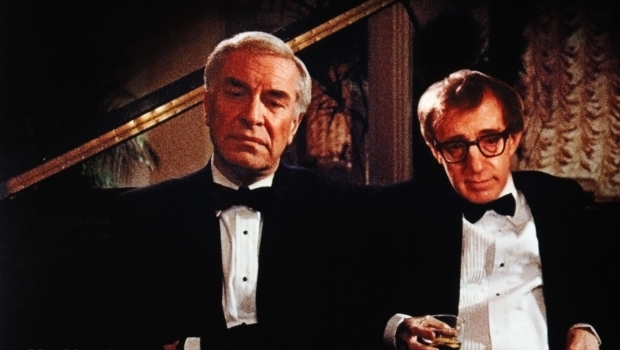 I can feel the force of your thinking about these characters.

It’s a character-driven film and there’s so many mis-character-driven films these days. If you look at 1939 people always go back to that year. You nominated ten films, but there were ten films that didn’t make the cut that were wonderful. Think about that – 20 character-driven films were excellent. I mean what the hell has happened? Fire balls and car chases and characters going up the sides of buildings, comic strips and we’re catering to an audience of 15 and 16-year-olds. I did a picture called Lovely, Still with Ellen Burstyn, We screened it to the AARP people in Las Vegas, 2000 of them. We got a standing ovation from people who couldn’t stand. I mean it was like they were so hungry for that movie, but that release fell through the cracks because it’s an older couple in the story and even the Weinsteins had the thought to distribute it for 20 minutes. It fell through the cracks and wasn’t seen by anybody. You know every year in October, November and December we will see a handful of pictures that are picked up at festivals here and there and the Weinstein Company or Fox Searchlight, you know, some decent movies are discovered that deserve to be considered for Oscars, but that’s about it.

As I go through the roles I love you best in, you have real chemistry with other men onscreen. My favorite one was you and your little brother, Jack, in Crimes and Misdemeanors. As an actor’s actor who teaches acting can you talk to me about the difference between being the male lead with a woman versus chemistry with other male actors?

Well, Jerry Orbach was Woody’s original choice, but another actor played it for several days and got into an ego lock. I don’t want to mention his name. And then Jerry was available, because he had been busy and I just felt, I knew Jerry from the time he was 17, so I thought it was brilliant casting. The other actor created some problems with Woody, and Woody fires you if he doesn’t like what you’re doing. He doesn’t do it, Juliet Taylor does it. Anyway, yes, one of the things I stress at the Actor’s Studio is the fact that three quarters of what an actor does is not noticed. It’s for the actor himself. It gives him a presence. Makes him present. Makes him believe that he’s there, you know. By the same token, when I play a character it’s not so much the other person as much as it is my character. What school did he go to? Did he go to college? Did he go to Harvard or did he go to Northwestern? What church did he go to? Did he go to the synagogue? Did he go to a mosque? Where does he come from? Is it New England? Now, a lot of writing today sadly is…people don’t sound the same. I mean if you look at movies from the 30s you had Bogart and Cagney and Spencer Tracy and Edgar G. Robinson and Pat O’Brien, they all talked differently. Today everyone sounds like the writer, and that is a flaw, because it makes the actor’s job a little more difficult. He has to make that delineation. What I’m basically saying is that what an actor does and what I teach is trust and all kinds of things with relation to his or her instrument and what their weaknesses are and where they begin to doubt themselves and what kinds of problems they have. But yes, that kind of relationship with another man is very important, just as a relationship with a woman is important. Now one of the things that I take into account is method actors, of which I am one, and which I pay attention to those kinds of things that Sandy Meisner taught or Stella Adler taught or Harold Clurman taught or Bobby Lewis taught, or Lee Strasberg, anyway, they’re all different and their emphases were different. Trust and doubt are two things that I stress a lot. When I say doubt, half the time a human being doesn’t know what the hell he’s doing and doesn’t know what to do. When you see actors who pay attention to objectives, actions, they are like a locomotive on the track. They know exactly what they’re doing. And I love to see confusion. I love to see lack of clarity in a performance as well as clarity, as well as trust, as well as the kinds of things that human beings go through. I love to see spontaneity and “inevitability”. How it gets there is going to shock the hell out of me, but it will get there somehow. And when I say something spontaneous that is inevitable when it arrives, but that’s what I look for in a performance. That’s what I care about. That’s what interests me. I see a lot of predictability. A lot of movie stars and actors I find put me to sleep, and other actors who really interest me.

You have real force as you manipulate your friend in Remember.

Acting is fun for me and the wonderful thing about it at my age— I’m 87 years old—the fact that I’m still perpendicular is… I keep quoting Adolph Zukor. When he was 100 years old Paramount gave him a dinner party, and he got up and his entire speech was, “If I knew I was going to live this long I would have taken better care of myself.” So many of my peers have passed away, and those who are alive today don’t remember what they had for lunch half of them, so I’m really blessed in a certain sense. My short-term memory is pretty good, long-term memory is pretty good.

Tell me about your father.

My father was an Austrian and he brought some Torahs over to this country, ancient Torahs that were slipped out of Germany. There was sort of a parade at the Congregation Ahavath Israel, which is the synagogue he attended at that time here in the late 30s. And they were like four or five ancient Torahs that were saved from burning and extinction. And there was a parade in the street and acknowledgement of it. I remember pictures of the occasion appeared in the Brooklyn paper. It’s when New York had like seven newspapers, a different time. And then he brought people over who were relatives, distant cousins and got them out of the country in ’37, ’38, ’39 because it was pretty clear to him that what was going to happen. But then my father lost his business because his partner was corrupt and stole a lot of money. He went bankrupt and people at that synagogue turned against him. Not against him, but they didn’t include him in the same way. I’m talking about the temple that he donated those Torahs to and also my synagogue where I was bar mitzvahed. He left that temple at that point and never went to the synagogue again.

That had to be here in Brooklyn.

It’s in Brooklyn and it was in Flatbush. It was on Avenue K and Nostrand Avenue, the Congregation Ahavath Israel.

You’ve worked with so many great actors, who are some young people you’ve either taught or worked with who you think are really excellent?

Johnny Depp is one. Johnny has become a friend of mine; Tim Burton has become a friend of mine. Francis Coppola is a friend of mine. Hitchcock became a friend of mine. You know what? Talented people who meant something and I could talk to them. The ones I couldn’t talk to were the ones who were doing episodic television without any real film-making desires. When I teach at the Actor’s Studio on a Friday, we call it moderating because that’s the thing that Lee Strasberg gave to it, about 80 to 100 people show up every week to see two scenes that I critique. Now, by the same token if I wasn’t doing what I was telling them to do they shouldn’t show up, I know that. And not only that, but I would say that 40 to 50% of the people that show up are active teachers themselves who make a good living as acting teachers. For instance, Penny Allen who appeared in New York recently in a production of Hamlet playing Gertrude, for the last five years she’s been coaching.

Tell me your full name.

My name is Ken Kurson. My brother-in-law who passed away was Jack K-o-r-s-o-n.

Oh, my dad was Jack Kurson.

Jack Korson was his name and my other brother-in-law was Jack Schwartz, so I’m up to my neck in Jacks, and Jack Nicholson was my student for three years. I’m surprised I’m not your dad. 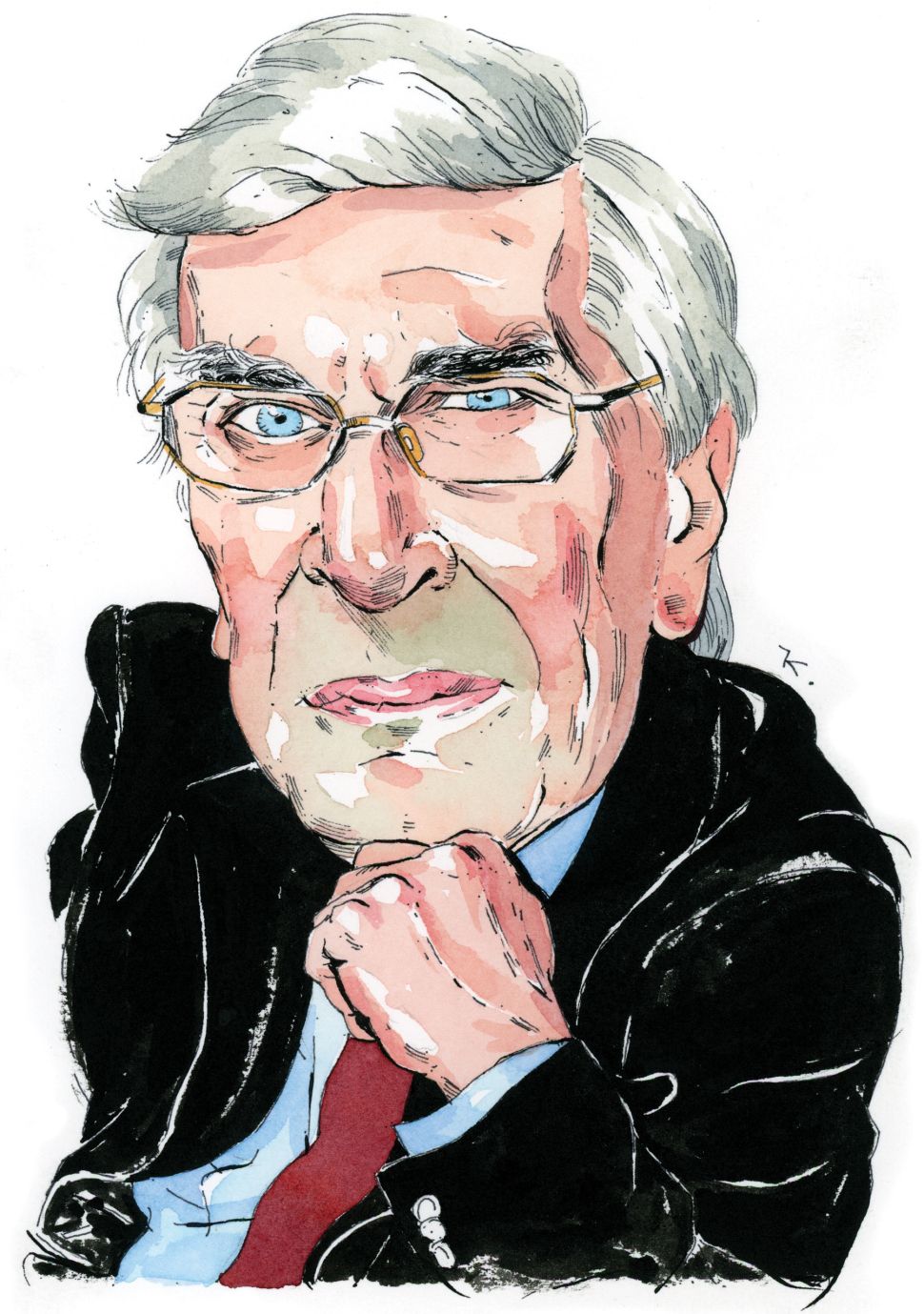