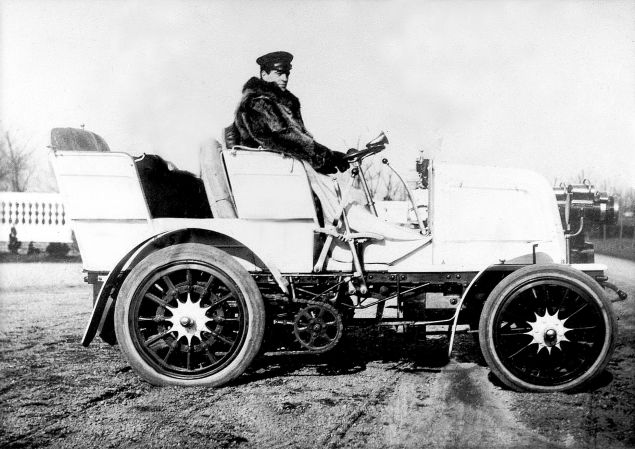 Already it’s one mayoral initiative that seems to be succeeding. Citywide pedestrian deaths have fallen to historic lows. Just 132 pedestrians died in 2015.

Certainly New York’s been enlightened and upgraded in the 114 years since the first privately-owned automobile struck and killed someone (a taxi killed a pedestrian in 1899).

There were no computers then and the IRT subway was still two years away. There were cars to be sure. Almost all were owned by the super rich, but enough already filled streets to indicate where things were headed. Assuredly, already there was also hateful traffic. And, people got killed during rush hour too. They were killed by horses!

To understand what pre-car traffic casualties were like, lets go back to 1880, a decade before automobiles were introduced. Then, Manhattan was the city. With 1,206, 299 citizens, it was the largest city in the land. The third largest was Brooklyn, a separate municipality of 566, 663. Reporting on unnatural deaths, the coroner found, that other than from disease, there were 1,068 fatalities in 1879. Of those deaths, a hapless 51 pedestrians were run over by wagons, carts and coaches and horse-drawn streetcars felled 32. Faster steam-powered street cars killed 22 people, while the number run over by elevated trains, was 11. Recalling such stats, it’s important to keep in mind how much bigger the city is now, with almost eight times as many New Yorkers.

By February 12, 1902, multimillionaires like William K. Vanderbilt, Jr. were becoming as devoted to fast cars as they had been to fast horses. Organizing the first international auto race, the Vanderbilt Cup in 1904, already in 1900, he had imported a $10,000 three ton Daimler Phoenix touring car. Called the ‘White Ghost,’ its owner raced it on the track and off. It was joked that for every mile traveled in his blindingly white auto, Vanderbilt spent $50 on fines alone.

Edward Russell Thomas and Vanderbilt were chums. Son of Union general Samuel Thomas, he inherited a trust fund with an annual income of $150,000. Whether working on Wall Street, running railroads, buying a racing newspaper or assembling a notable thoroughbred stable, the 6’2’’ Yale graduate seemed to go from success to success. At 27 he was newly elected New York’s youngest-ever bank president. Due to marry on June 29, 1901, irregularities with the 7th National Bank’s assets, made Thomas change his plans, cabling his 17-year-old fiancée of three weeks, he pleaded that she come to New York to be wed. 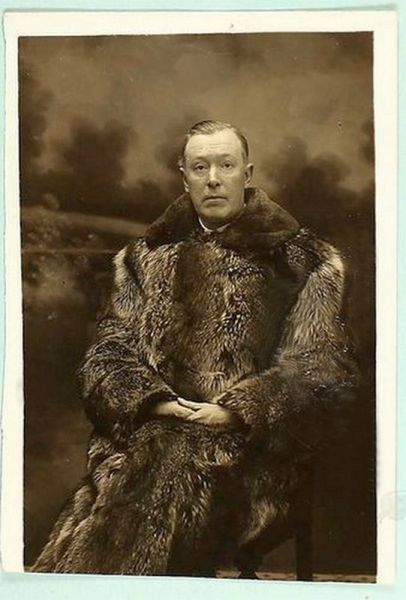 The future wife of composer Cole Porter, Linda Lee came from a genteel upper middle class family in Louisville Kentucky.  Along the unobtainable lines of Grace Kelly, she was a celebrated blond beauty. Many references contend that her wedding to Thomas occurred at Newport, Rhode Island. Instead the union was solemnized in the Harlem apartment of her aunt, at 20 Morningside Avenue.

Once married, the Thomas’s lived a life of luxury, with houses in Palm Beach, and Newport besides the city. It was said that Mrs. Thomas’ favorite “department store” was Cartier.

Buying the White Ghost from Willie K. Vanderbilt, even after E. R. Thomas repainted it bright red, it retained its notorious name. No one  was surprised to learn, how out driving with friends, far from home on 57th Street near 5th Avenue, Thomas made his way north. Convent Avenue, was named for the Madames of the Sacred Heart, who ran a finishing school and women’s college there.  Extending from 126th to 152nd Streets, paved with creosote-soaked wooden blocks, it was a favorite speeding ground for powerful men with powerful cars.

Some witnesses calculated Thomas was hurtling along at 40 miles per hour at 1:45 on February 12, 1902. That’s when the White Ghost crushed the life out of  7-year-old Henry Theiss. He’d been playing in the roadway with friends. Hearing the horn blast, the others had quickly scattered.  In court, Thomas and his pals insisted, young Theiss inexplicably rushed toward the automobile.  What was not explained, was the alleged speed they admitted to, 14-16 mph, around double the city’s 8 mph limit at the time. A Roman Catholic, the youth was struck just outside of the block-long Sacred Heart nunnery.  As if indelibly marked for Christ, from the force of impact, the religious medal Henry Theiss wore was embedded in the soft flesh of his stomach.

His family lived nearby in an Eighth Avenue tenement. His father earned $1.00 a day as a piece-worker who gilded book edges. When Thomas was ultimately exonerated, Henry’s bereft father, Frank P. Theiss, sued for $25,000.00 for his loss. Agreeing with Thomas, that this amount was excessive, the court awarded $3,125.00.

While held in the 125th Street police station after the ‘accident,’ Thomas swore he’d never ride in a car again. He didn’t keep his promise. A little while later, he shipped the White Ghost abroad to tour Southern Italy, where he killed a ‘peasant’ woman there, the mother of three. Without stopping, he sped off to Paris.

My 90-year old Newport friend, Eileen Slocum, knew Linda Lee, when she was Mrs. Cole Porter (Lee divorced Thomas in 1912). “It was not that her first husband was a bad driver,” Ms. Slocum recalled Linda had told her.  “But once he had warned one, by tooting his horn, he simply refused ever to stop!”

Mrs. Slocum went on to speculate about how losing millions during the crash of 1907, breaking his knee and becoming so lame doctors wanted to amputate his leg, and being divorced by Linda, the first of his three wives, might have been some form of karma for Thomas?  The reckless-driving millionaire also died young at 60, she pointed out. 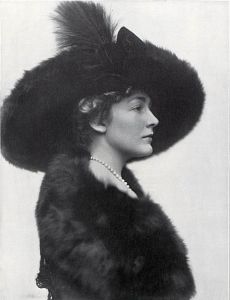 To me, someone who lives right by the spot where Henry Theiss was killed, a more poignant measure of justice for Thomas came much earlier than his death in 1926. It happened a few months after he snuffed the life of a little boy, in his new Mercedes Benz (he once told a reporter “Why should my Mercedes be able to exceed 90 mph, if I only go 10 mph?).

Driven by a chauffeur, with friends and his wife, between 2nd and 3rd Avenues, at 44th Street, a mob, of around 100 boys and young men approached. Shouting insults, they hurled stones and other missiles at the car’s occupants. Hit in the neck and bleeding, Mrs. Thomas fainted.

Losing your child or friend, how you might long to strike out, to strike back. But even when understood, violence is always a regrettable course. Henry Theiss was by no means known to the rock-throwing slum-dwellers attacking Edward Thomas and his posh party. Yet they appreciated how much the boy was like them. Both of Thomas’ impoverished victims were considered expendable a century ago. Today, in New York, what makes revolt as rare as it is, is that it’s so seldom called for. No matter how privileged one might be, not the mayor, or anyone else today, will any longer excuse the arrogance of people like Edward Russell Thomas: cold blooded killers, inured to feeling for others and armed and dangerous, with cars.

Michael Henry Adams’s books include Harlem, Lost and Found; An Architectural and Social History, and Style and Grace; African Americans at Home. Currently he’s at work on the forthcoming Homo Harlem, A Chronicle of Lesbian and Gay Life in the African American Cultural Capital, 1915-1995. 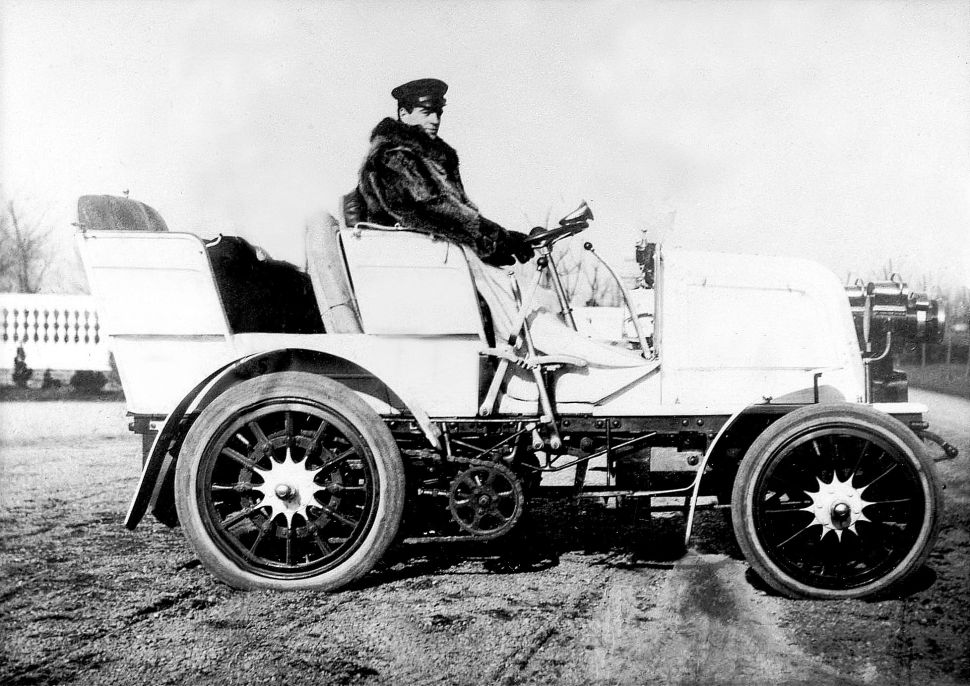