Once known for his undeniably preppy essentials, Michael Bastian is taking a page out of the books of streetwear for his latest fall/winter 2016 collection. Like the bulk of the menswear community, Mr. Bastian is abandoning most of the “#menswear” favorites like delicate tuxedo slippers and tailored three-piece suits. “I would say it’s a bit more sophisticated than some of our past seasons,” Mr. Bastian said during a recent visit to his Chelsea showroom. “It’s a bit more city guy than country guy—more streamlined.”

Instead of drawing inspiration from trad locales like Greenwich prep schools or, in the preceding season’s case, Beverly Hills, the designer looked to a galaxy far, far away. “What got the ball rolling was the discovery that Pluto had an ice formation in the shape of a heart,” he said. “We love hiding little messages and romantic gestures in the clothes and we thought somehow Pluto was speaking to us! Then it started picking up other references like Carl Sagan, the ceiling of Grand Central, Astronomy Club nerds, etc.”

The resulting collection includes a darker palette than its usual pastels, and an astronomy motif seen most evidently on a pair of pants covered in star maps. “I’m really proud of the outerwear this season too,” he said grabbing a wooly jacket off the rack. “I love this one coat in black Casentino, a fabric I’ve been dying to work with for ages. It’s old Italian hunting fabric that is woven in a rough wool, then somehow fed through a machine with rubber pads that rub the surface into little knots. It’s amazing. There are only 1 or 2 antique machines left in the world that can do this treatment.”

The collection also marks the first partnership between Team Bastian and cashmere artisan, Anya Cole, who also designs her own collection of knitwear under the Hania by Anya Cole label. “Anya is an old friend of mine and we had always wanted to work together somehow,” he said. “I found out right before Christmas that my hand knitter in Italy was going to have a hard time getting my samples together in time, and I reached out to her to see if she could help. So, it started as a friend helping out in a pinch, and ended up being a great collaboration. She’s very inspiring.”

In the seasons to come, the former Bergdorf Goodman menswear buyer-turned-designer will be diversifying his range of goods, taking a page from the play books of Ralph Lauren and Calvin Klein. “Well the big news for us is we now have a partner in the brand, Bluestar Alliance, who is going to launch a more accessible Michael Bastian line for spring 2017,” Mr. Bastian said. “It will be very similar to what we did in our Gant by Michael Bastian, but this time it will be just under our name. It’s been a dream of ours for a while.” 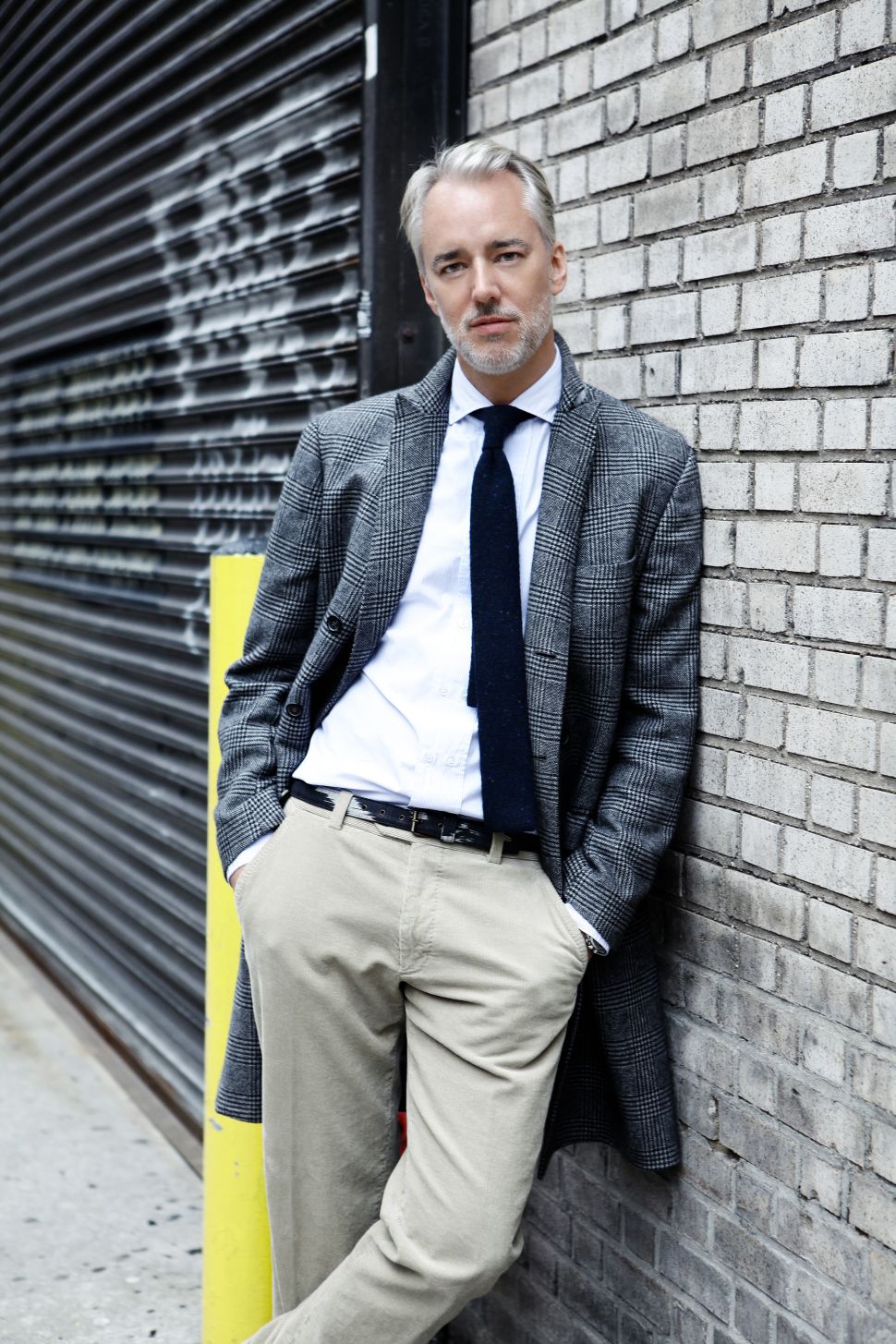