The 2016 presidential election season has proven to be one of the most entertaining in decades replete with colorful personalities, great accents and innumerable unexpected developments, most notably the emergence of Donald Trump and the strong showing of Bernie Sanders. The next exciting plot twist? Perhaps the independent candidacy of Michael Bloomberg, the billionaire former mayor of New York. While the presence of another outspoken New York billionaire, albeit one who is less flamboyant and outrageous than Donald Trump, would make the campaign even more entertaining, Mr. Bloomberg would have almost no chance of actually getting elected President.

Primarily, the American electorate has little appetite for the combination of policies for which Mr. Bloomberg would advocate.

The electoral college would prove another challenge for Mr. Bloomberg. Perhaps he might get 40 percent or so of the overall vote, but not in enough states to either win 270 electoral votes or to prevent an other candidate from winning a state’s electoral votes. While the country is closely divided between Democratic and Republican voters, most states are not. For example, in 2012 Barack Obama defeated Mitt Romney in the popular vote by a margin of roughly 51%-48%. However, in 34 states, the winning candidate received 55 percent or more of the vote. If Mr. Bloomberg won all of the remaining 16 states, he would only have 140 electoral votes. That best case scenario for Bloomberg would still leave him in third place. For Mr. Bloomberg to win a majority of the electoral vote, winning a significant and relatively equal proportion of the vote that went for Obama in Romney in many states would not be enough. Instead, he would have to take mostly from Democrats in some states, and mostly from Republicans in others. That would be extremely difficult for any candidate, even one with Mr. Bloomberg’s thick wallet.

Mr. Bloomberg would have almost no appeal to non-white voters who would remain with the Democratic nominee, even if it were Mr. Sanders. It should be kept in mind that although Mr. Sanders’s popularity with African Americans and Latinos is not great now, it would grow between now and the end of the primary season for him to become the nominee. A liberal Democrat like Mr. Sanders would have no problem holding on to that part of the Democratic base, or to the progressive whites who care about economic issues, particularly against a third-party candidate whose signature issue was insisting on the right of police to stop and frisk young Africa American and Latino New Yorkers, whenever they saw fit. The Democratic base, therefore, would be unmoved by Bloomberg, while Republican voters frightened by the prospect of Mr. Trump or Mr. Cruz, and more concerned about economic rather than social policy would be a more fertile ground for Mr. Bloomberg’s campaign.

But this year, as many Republicans embrace Mr. Trump’s populism, seems to be a limited appetite for a candidate who does not have a populist bone in his body and who promotes gun control. To suggest his political profile will resonate broadly in the electorate is to be oblivious to what is going on, and what many people are thinking, in America.

Mr. Bloomberg is clearly smart, qualified and experienced enough to be President, and perhaps even a very good one, but that will not be enough to get him elected President. 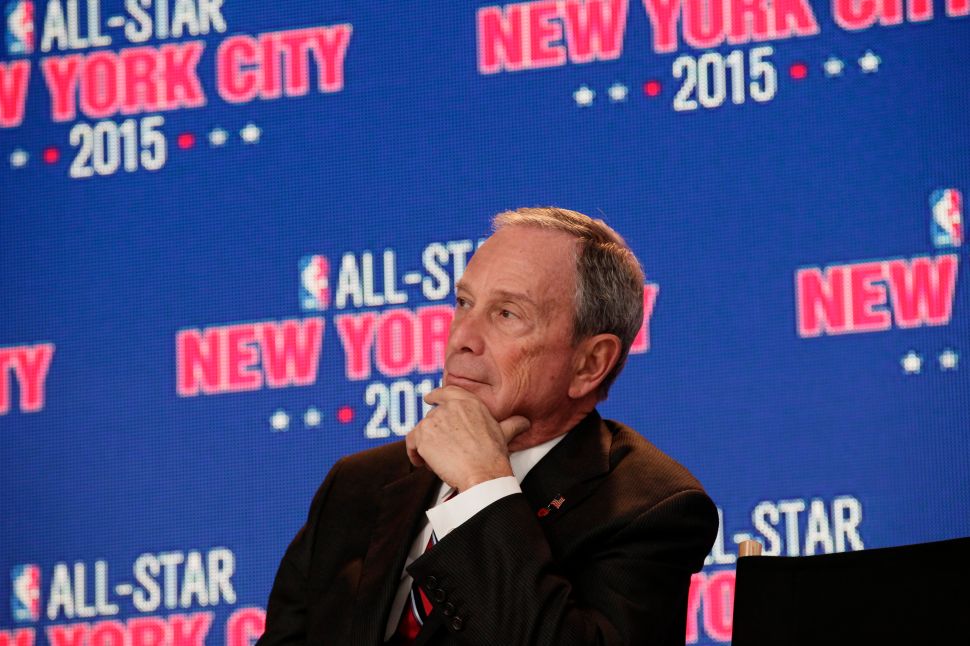