Under-recognized female artists throughout history are slowly but surely starting to get the attention they deserve. First there was a look at the women of the Surrealist movement at Sotheby’s last summer, and now a show that’s being dubbed the “first museum exhibition dedicated to the women of Abstract Expressionism” is set to open at the Denver Art Museum in June.

Some artists in the show, like Elaine de Kooning, Lee Krasner and Joan Mitchell, are already hugely celebrated, but lesser known practitioners like Mary Abbott, Sonia Gechtoff and Deborah Remington will also be highlighted. Often overshadowed, either because of their artist husbands (de Kooning, Krasner) or for living outside of New York City (Sonia Gechtoff), the women Ab-Ex painters in this show will hopefully help to change the thinking behind this historic art movement, which had generally been viewed as predominantly male—even particularly macho—until recently.

“’Women of Abstract Expressionism’, for the first time, positions this expanded group of painters within the context of abstract expressionism and its cultural milieu,” said Ms. Chanzit, who is also a professor of Museum Studies at the University of Denver, in a release. “It also will present these female artists together for the first time.”

A video that features the living Ab-Ex women artists was produced especially for the show as was a catalog by Yale University Press. The exhibition will travel to the Mint Museum in Charlotte, N.C. in October 2016 and to the Palm Springs Art Museum in February 2017.

“Few women have found their way into the accounts of art history, and not until the 20th century have they received some of the credit that is long overdue,” said director of the DAM Christoph Heinrich. “We are delighted to be the first U.S. museum to tell these stories of the most prolific female Abstract Expressionists.” 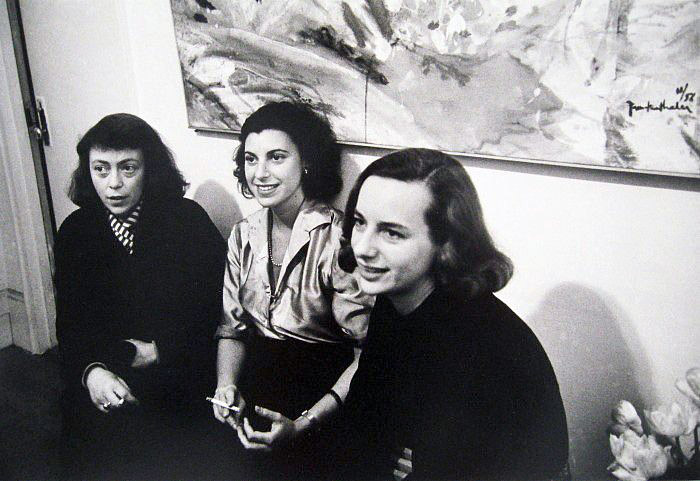