Project managers from Lockheed Martin and NASA gathered last week at Kennedy Space Center in Florida to usher in the return of the Orion crew module and to discuss future missions that will see humans travel beyond low-Earth orbit for the first time since Apollo 17 in 1972.

Development of the Orion spacecraft will now be ramping up in preparation for Exploration Mission 1—the module’s first journey to the Moon and into deep space. This feat will act as a dress rehearsal for a crewed asteroid retrieval mission in lunar orbit and be a major stepping stone for NASA’s manned mission to Mars.

The Orion was designed as an exploration-class vehicle to take Astronauts farther than any person has ever travelled and will be the spacecraft that eventually propels humans to the red planet. Crew members can be launched to deep space aboard Orion while the vehicle provides emergency abort capability in the event of a malfunction. It will sustain Astronauts during space travel before safely returning them home from high velocities.

Since last summer, engineers at NASA’s Michoud Assembly Facility in New Orleans—one of the largest manufacturing plants in the world—have been busy welding together the Orion’s crucial underlying structure. The facility, part of NASA’s Marshall Space Flight Center, once hosted Chrysler and Boeing during the construction of the Apollo-era Saturn rockets and was even used for manufacturing parts of the Space Shuttle.

The recent completion of these welds formed the Orion’s pressure vessel which equips the crew module with a tightly-sealed environment that ensures life-support for the vehicle’s crew. “The work to get us to this point has been essential” said NASA’s Orion Program Manager, Mark Kirasich. “The Orion pressure vessel is the foundation on which all of the spacecraft’s systems and subsystems are going to be built and integrated.”

The Orion crew module pressure vessel was flown to Kennedy Space Center from the Michoud Assembly facility on NASA’s Super Guppy turbine aircraft. After touching down at the historic Space Shuttle Landing facility, the crew module was offloaded then transported to the high bay of the Neil Armstrong Operations & Checkout Facility for mounting on “the birdcage” test stand. “There’s a lot of work ahead of us and we’re happy to have another spacecraft in process” remarked Orion Operations Manager at Kennedy, Jules Schneider.

Exploration Mission 1 (EM-1), scheduled for 2018, will see an uncrewed Orion fly beyond low-Earth orbit on the most powerful rocket ever developed, NASA’s Space Launch System (SLS). The mission will be launched from Kennedy Space Center and will travel to a distant orbit around the Moon. “It is the first time we will have the operational human-rated version of Orion on top of the SLS rocket” said NASA’s Orion Production Manager, Scott Wilson. “It’s a lot of work, but a very exciting time for us.”

“EM-1 will take Orion and the Space Launch system into a high lunar orbit and that’s actually the orbit that NASA has identified to do the asteroid retrieval mission that will bring a large boulder into that orbit” explained Lockheed Martin’s Orion Program Manager, Mike Hawes, to the Observer. “This will essentially be a dress rehearsal for that mission. To go and prove Orion systems and come home.”

Starting immediately, the Orion crew module will undergo further testing and be outfitted with the necessary components and subsystems for Exploration Mission 1. This includes the vital heat-shielding thermal protection system—technology needed for the vehicle’s hull integrity to remain in-tact during atmospheric re-entry. The Orion’s cone design is time-tested and was proven successful with the Apollo missions. “The shape of Orion is the right shape to return at a high speed re-entry as opposed to a winged vehicle” said Mike Hawes.

The Orion will undergo the installation of over 30 flight-systems in 2016 that include navigation equipment, power management, and data processing. Lockheed expects these components to be fully manufactured and tested in time for Orion’s official power-on that is scheduled for early 2017. “A year from now is when we will have enough of the systems on to power up the spacecraft” Jules Schneider noted.

The 2018 mission will take the Space Launch System along with Orion thousands of miles beyond the Moon and will break the record for the furthest a human-capable vehicle as ever travelled. “This EM-1 mission—I think the public will be excited when it starts getting close. It will be the first time we are on the SLS and when people realize we are going past the Moon, it will be kind of cool” Jules Schneider explained to the Observer. “This is a 21-day mission and we’re going 70,000 KM past the Moon. The reason it’s 21 days is because you really want to stress all the systems to their design capability before you put people on board. So that’s really what the high-level objective of EM-1 is.”

Exploration Mission 1 and its follow-up, the Asteroid retrieval mission or Exploration Mission 2 (EM-2), will mark NASA’s return to the Moon and will pave the way for the agency’s human mission to Mars by testing longer duration flights. EM-2 will also be the first time humans have left low-Earth orbit since the final Apollo mission and will mark the first time anyone has travelled beyond the International Space Station since its construction.

The design of the Orion crew module closely resembles the Apollo module but will need to accompany the extra materials or consumables needed for the long journey to Mars as well as living space for the Astronauts. “For Mars, we know that we’ll need more consumables so we anticipate a habitat module and additional propulsion systems that will be needed for that” Mike Hawes told the Observer. “All those things factor into the ultimate design.” 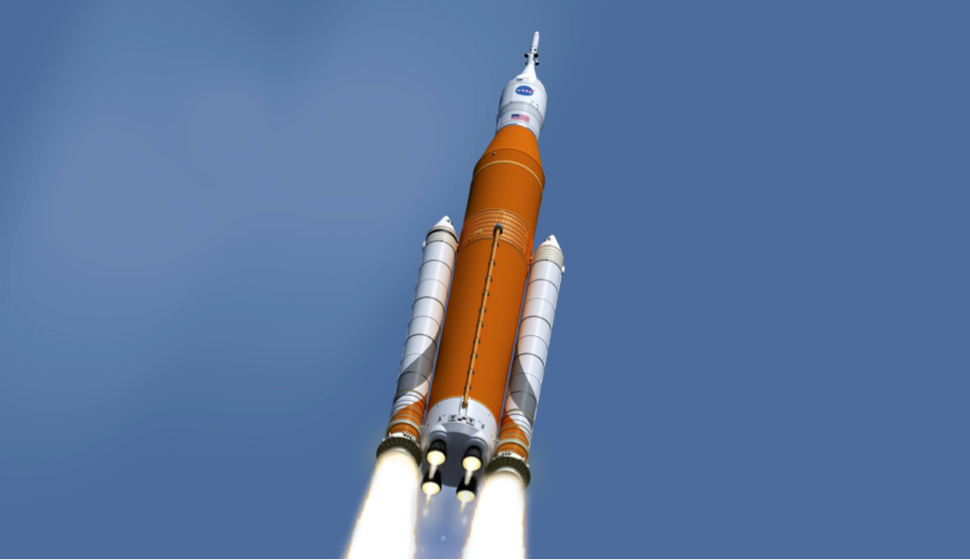