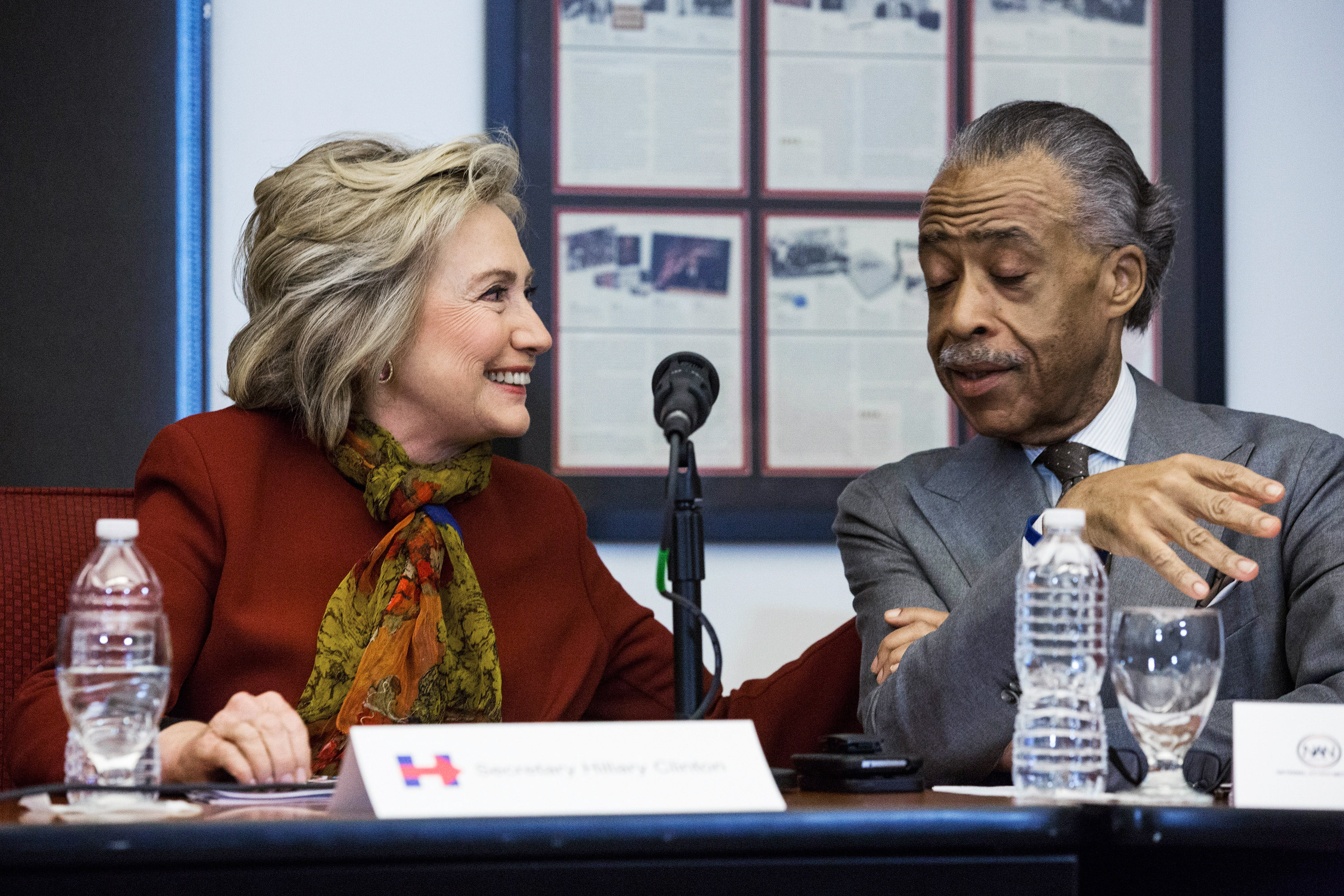 African-American power broker Rev. Al Sharpton declined to make an endorsement in the Democratic primary after sitting down with front-runner Hillary Clinton and other civil rights leaders this morning.

The former secretary of state held a roundtable summit at National Urban League Headquarters on Wall Street with Mr. Sharpton and representatives from the League, the National Association for the Advancement of Colored People, the National Coalition on Black Civic Participation and other groups. Afterward, the various organizations held a press conference to discuss the meeting—10 minutes into which, Mr. Sharpton left and gaggled with reporters on the sidewalk outside, and emphasized the importance of collective action for black leaders.

“We cannot allow the marginalization of people of color in this country with the first black family leaving the White House in American history,” he said. “No one can deliver the black vote. No one speaks for everybody in the black community. But those of us that speak to certain segments need to make sure our voices are heard.”

Mr. Sharpton praised Ms. Clinton as “open and candid” but stressed he had yet to make a decision as to who he would support, recalling the cup of tea he had with Vermont Sen. Bernie Sanders last week at Sylvia’s, an iconic soul food restaurant in Harlem. He said Mr. Sanders would soon attend a similar roundtable with black groups, and called upon the GOP candidates to be “big enough” to do the same.

The National Action Network founder also expressed concern over the death of Supreme Court Justice Antonin Scalia on Saturday, and called for President Barack Obama and the Senate to collaborate in installing his replacement. Mr. Sharpton noted that the court’s 2013 decision striking down parts of the Voting Rights Act of 1965 had resulted in election law changes in many southern states—including South Carolina, which will host the next Democratic primary on January 27.

“As we get ready for South Carolina, let’s not forget these things have changed the voting law. We will be on the ground,” he said, announcing his intention to go to the Palmetto State for the get-out-the-vote process.

He described his conversation with the socialist senator favorably at the time, but later criticized him for being focusing on economic issues to the exclusion of some racial ones. Ms. Clinton seemed to allude to this concern in her statements at the roundtable, reiterating talking points from the last Democratic debate.

“My campaign is about breaking every barrier,” Ms. Clinton said in the meeting, according to pool reports. “I am not a one-issue candidate.”

Ms. Clinton did not meet with press after the event, continuing a trend of refusing to make herself available for media questioning. No organization made any official endorsement. 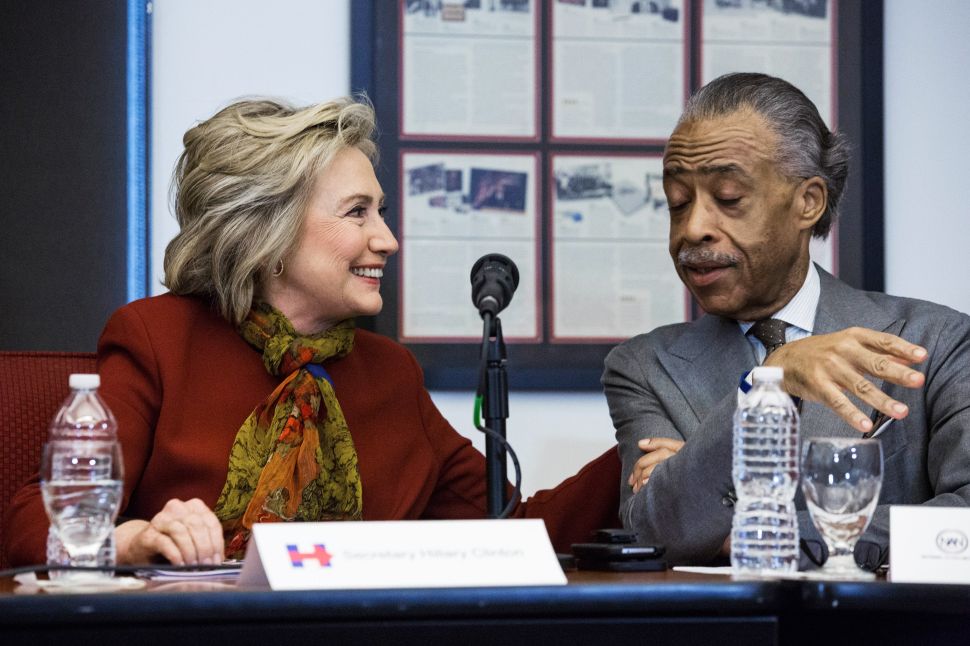