TRENTON — As the national push for a fifteen-dollar minimum wage intensifies, U.S. Representative Donald Norcross (D-NJ) and state Senate President Steve Sweeney (D-3) are introducing bills in congress and the New Jersey legislature to introduce incremental increases leading to that fifteen-dollar benchmark by 2024. Norcross and Sweeney said Tuesday that those increases would be paired with tax incentives for small businesses.

Sweeney is hoping to bypass any potential veto from Governor Chris Christie by putting the question to voters and amending the state constitution. Sweeney’s bill will be competing with a measure from Assembly Speaker Vince Prieto (D-32). Prieto’s bill would effect the increase to fifteen dollars all at once, without a constitutional amendment.

Sweeney said that with the two required supermajority votes unlikely to materialize in time for this year’s elections, he expects the bill will go to voters in 2017.

Norcross said at Tuesday’s conference that his ‘Fair Wage Act of 2016’ would decrease the working poor’s dependence on government assistance and lead to low-wage workers contributing more in taxes. Employees would receive graduated increases to their hourly wage starting with 75 cents the first year, then a dollar for every year until they hit the fifteen-dollar threshold. There would also be a tax credit of fifty cents on the dollar for small businesses.

Sweeney’s state-level measure would also offer tax incentives to employers through a companion bill. His bills would offer the same rates as Norcross’ for both the wage increases and the tax credits. Norcross’ bill would immediately set the new federal minimum wage from $7.25 to $8.00 an hour, while Sweeney’s would raise New Jersey’s from $8.38 to $9.00.

“The profits are there, the revenues are there, it’s how it’s being distributed here in America that has made a significant change. Work hard, play by the rules, and you can make it in America,” Norcross said. “Frankly, the deck is stacked against those American workers who are doing exactly what they are supposed to.”

Sweeney took a quick shot at Prieto’s plan to effect the increase, saying that businesses will need to be courted as much as workers. The Assembly sponsor of Sweeney’s bill will be Majority Leader Louis Greenwald (D-6).

“You know the governor’s not going to sign it,” said Sweeney of Prieto’s bill. “By providing a phase-in, we recognize the business community’s difficulty in absorbing that large an increase all at once. And you give businesses predictability.”

Sweeney continued to criticize the Assembly’s approach, saying that he expects the strong public support for that 2013 increase will carry over to 2017. That year will likely see Sweeney mount a gubernatorial bid of his own, in what is predicted to be a high-turnout year.

“I saw that movie. I know how it ends,” Sweeney continued. “You might as well just go to the people of the state of New Jersey, that have supported increases in the minimum wage, and I think we can present it as a responsible way to phase it in. You’ll have more support.” 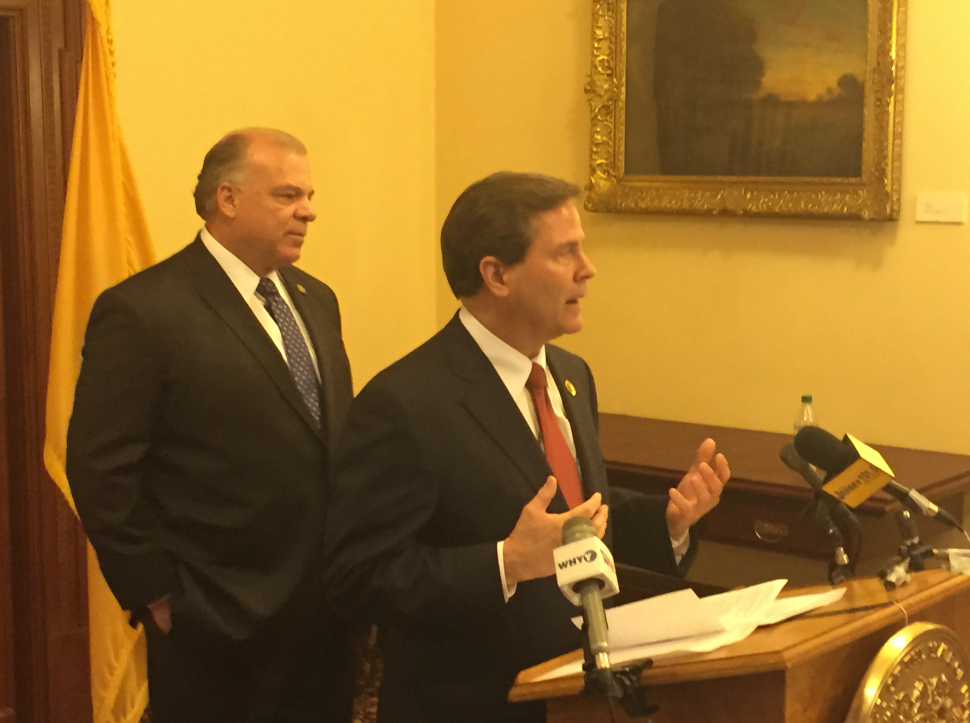