Two days after Queens-born real estate mogul Donald Trump triumphed in the South Carolina Republican primary, Mayor Bill de Blasio today said that the firebrand front-runner stood a good chance of clinching the Republican nomination—and even of winding up in the White House.

The mayor insisted that his pet issue, income inequality, has fueled the ascent of the billionaire populist—who has built a base of blue-collar support around a platform attacking illegal immigration, free trade and incompetent leadership as the causes of American economic decline.

“As you’ve watched it develop, there’s a strange logic to it. People are very frustrated in this country, for a very good reason,” he said. “People feel cheated. They feel cheated, they feel lied to, they feel the government hasn’t been on their side. And when someone speaks bluntly about that—even with all the wrong ideas, all the wrong policies—it’s still going to be appealing to a lot of people.”

The mayor pivoted into a pitch for his pick for the Democratic presidential nomination, Hillary Clinton, the former secretary of state—whose 2000 campaign for New York’s junior Senate seat he managed. The mayor predicted that demographics, combined with Ms. Clinton’s “platform and vision for change” and “her sanity,” would lead her to victory over Mr. Trump in a general election.

But he argued it would be unwise for his party not to draft strategies for a tough battle going into November.

“This is a country that’s becoming ever more diverse, and Hillary speaks with a powerful voice of inclusion. And Trump speaks with a negative and exclusionary voice,” he said. “But could he win? Yes, we should take very seriously the fact that he could, and I would say to anyone we should prepare to defeat him.”

Mr. Trump, for his part, has called Mr. de Blasio “the worst mayor in the United States,” blaming him for a perceived decline in quality-of-life. 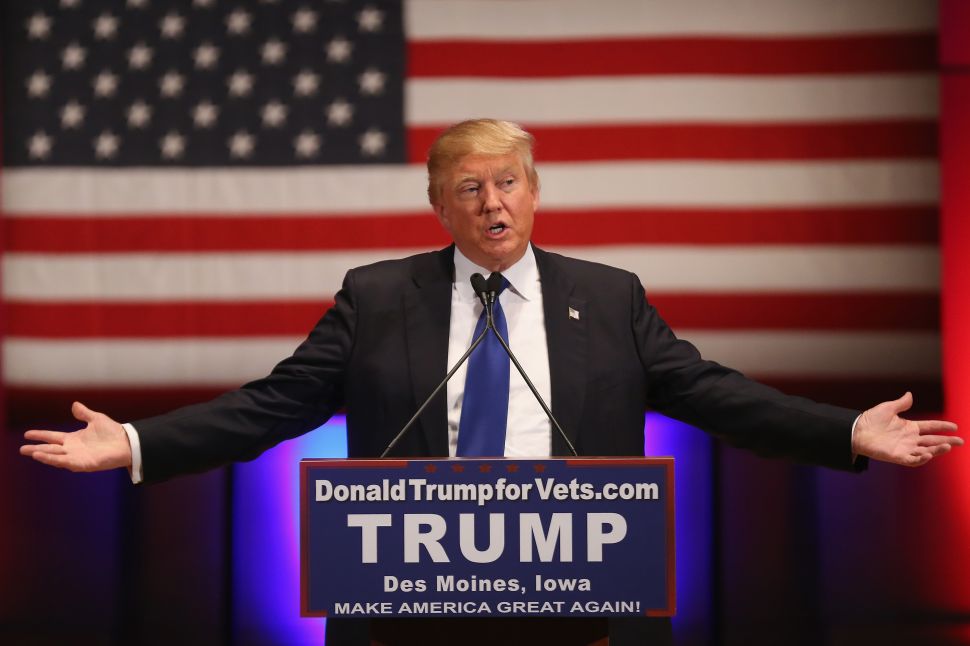