With New York Fashion Week intersecting with the Grammy Awards this year, the convergence of fashion and music was officially upon us. During Fashion Week, the influence of musicians on designers was obvious, whether it was Blondie’s “Hanging on the Telephone” playing at Jeremy Scott or the resurgence of ’70s disco style at Alice + Olivia. For some presentations, musicians took centerstage, whether they were playing show tunes or dream wave.

Rachel Antonoff‘s New York Fashion Week presentation was the most musical moment of Fashion Week thus far, because it featured the number “A Secretary Is Not a Toy” from How to Succeed in Business Without Really Trying. The performance and collection were influenced by female working characters throughout the decades, including Diane Keaton in Baby Boom, Melanie Griffith in Working Girl and Christina Applegate in the underrated gem Don’t Tell Mom The Babysitter’s Dead.

“The word ‘secretary’ makes me think of the song. We had always wanted to do a big musical number and so this seemed like a great idea. In the original musical, it’s flipped. It’s working men who are objectifying women secretaries. So I really like the idea of flipping that and have it be all women objectifying men,” Ms. Antonoff told Observer after the second packed performance of the evening, where Tavi Gevinson, Jenna Lyons and Jonah Hill were in the audience.

The choreographer of the event, Charlie Williams, was the dance captain in the most recent revival of How to Succeed, and many of the singers turned models were borrowed from the show, creating a mini-musical in the midst of Fashion Week.

After Rachel Antonoff’s show was over, the next musical moment of the evening took place all the way in Williamsburg, at the hipster venue Baby’s All Right. The Assembly presentation, based on a concert’s merch table, was billed as a musical extravaganza, but felt more like an average night out in Brooklyn, with familiar faces Dev Hynes of Blood Orange (who was wearing a Donda shirt from the Kanye sh0w), Zoe Kravitz (who looks like her mother’s twin) and her boyfriend Twin Shadow in the audience. There was music by Chris Taylor of Grizzly Bear, Chairlift and Blonde Redhead.

At the Fenty PUMA by Rihanna runway show on Wall Street, there were no musical numbers, but Rihanna was the designer. The dark, health-goth inspired show featured lace-up dresses that would look equally at home on a Kardashian or at the Reformation boutique in the LES, white hair on models including the Hadid sisters and platform Pumas channeling Doc Martens. While there were no musicians performing, it was decidedly hip-hop influenced with a dash of rock and roll thrown in for good measure.

Two other musically influenced shows were Mara Hoffman and Ryan Roche. At Ryan Roche, her children performed a tribute to Bowie. At the Mara Hoffman ’70s influenced presentation, which was a serious departure from her Willie Nelson show, two women performed, channeling their inner Salem witch.

The supremely catchy dream wave girl group Say Lou Lou performed at the Rodebjer cocktail party slash presentation, which had a soundtrack curated by cool girl Solange, who took a much-needed break after Mardi Gras. The super chic soirée happened in a three story townhouse in the West Village.

With the at-times basic (depending on the designer) fashion shows taking place all over the city, performances offer a respite from what becomes mundane. These six shows let the artists who influenced the collections join the models, showing music and fashion’s symbiotic relationship, whether it’s on the runway or the stage. 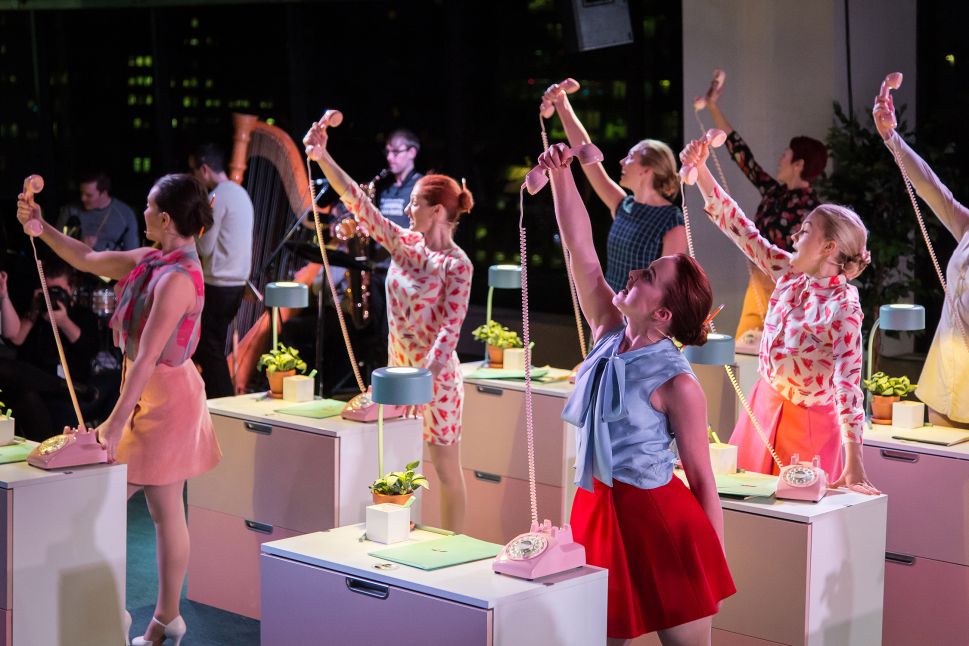