Greenland Holdings/Forest City Ratner, the developers helming the what was formerly known as Atlantic Yards and is now known as Pacific Park, are considering a plan to build Brooklyn’s tallest office building across the street from the Barclay’s Center, Crain’s reports. Building a 1.5 million square foot property at 590 Atlantic Avenue would, however, require transferring as many as 1.1 million square feet of development rights to the site, which would require state approval.

Meanwhile, Vornado Realty Trust and Silverstein Properties are among the potential bidders for the latest round of Jehovah’s Witness properties to come to market, Bloomberg reports.

Further afield: a plan to build a faculty housing development in Princeton has pitted preservationists and revolutionary war buffs against the university, as the project’s site, while abutting the state park for the Battle of Princeton, is allegedly the exact spot where the battle’s climactic moment was fought, The New York Times reports. “Instead of bayonet charges and musket fire, this conflict has unleashed more modern means of warfare: legal briefs and wetland studies, public hearings and dueling historical assessments.”

A Park Slope landlord has escaped a $5,000 fine for refusing to rent to a pregnant couple, DNAinfo reports. The fine was waived on the grounds that the man’s son-in-law, who told the husband “no babies” when he told him the apartment was for him and his pregnant wife, was not authorized or trained to show it.

Welcome to New York: a man who lost his wallet at a Wilco concert in Flatbush received an envelope in the mail a few weeks later with his credit cards, driver’s license and a note that explained the person who’d found it had kept the cash for weed, the metro card because “well, the fare’s $2.75 now” and the wallet itself because “it’s kinda cool,” DNAinfo reports. 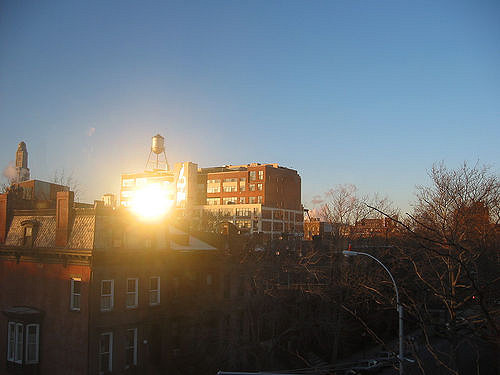