A month after breaking ground on the $1.5 billion Hallet’s Point project, the Durst Organization has halted construction, saying the expiration of the 421-a tax breaks has made the project financially unpalatable, DNAinfo reports. A 400-unit portion of the 2,00o-unit project that is already under construction will, however, move forward.

Also financially unpalatable, according to the Port Authority is a 15-year-old lease agreement for 250-square-feet in Moynihan Station that would have the Port Authority contribute nearly half of the public funding needed for Penn Station’s overhaul, The Wall Street Journal reports.

And as the Landmarks Preservation Commission moves to clear its backlog and moves to vote on a sizable list of long-calendared properties in Staten Island, it’s meeting opposition from a number of owners who don’t want the financial burden of designation, Crain’s reports. Among those reluctantly opposing landmarking is the 83-acre Snug Harbor Cultural Center. “We need to get past the deficit hurdle,” its chief executive told the paper, citing an operating budget that only allows the nonprofit to make only emergency repairs.

Meanwhile, the Kingsbridge National Ice Center, which sold the city on a plan to turn the Bronx armory into a ice rink and sports complex, is nearing a deadline to raise $158 million for the first phase of the project, which is necessary for the city to turn the site lease over to the developer, Politico New York reports.

Yet another sign that the trophy market is tanking: Vornado CEO Steven Ross refused to provide investors with an up-to-date number of units sold at super prime skyscraper 220 Central Park South, The Real Deal reports. “I don’t think it’s good for our business to give these kinds of minute details,” he said. “It doesn’t help us. It hurts us competitively in the market. The market is slowing. It’s slowing for everybody. It’s slowing a little bit less for us, but of course it’s slowing for us as well.”

Transit fantasies: a cartographer envisions what it might be like to get around New York with 5 dream subway lines and extensions, as reported by Gothamist. If only de Blasio would pay attention to these instead of pushing ferries and streetcars.

Speaking of fantasies: a small-scale replica of the White House, located in a small south Texas town, has listed for $5.9 million, according to The Wall Street Journal. The mansion (it’s approximately 22,000 square feet to the White House’s 55,000) was by a one-term Texas governor in the 1920s, whose aspirations were

Finally, the frenzy over rainbow bagels—the cronuts of winter 2016—has forced the temporary closure of the Bagel Store in Williamsburg so the staff and owners can regroup, Gothamist reports. 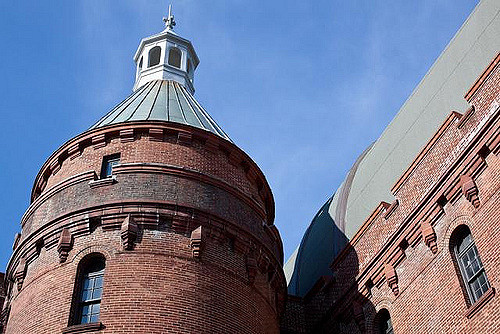