Combatting body shaming has been a big issue for many years now, with women’s glossies and Dove commercials telling us that all shapes and sizes are beautiful—unless, of course, you’ve got an hourglass figure, in which case others are allowed to ridicule you. In the past decade (and then some), the body shaming of Barbie has been relentless. Hence, she’s now available in three body types: tall, petite and curvy.

People want to pretend it’s for the best. Little girls should not see the icon’s exaggerated proportions and think that’s what real women look like. Way back when, when I “played Barbies,” I knew the difference between her appearance and that of mine and everyone else’s mother, my teachers’ and those I saw on the street day to day. Barbie wasn’t about reality, as much as a way to live vicariously—being glamorous, always ready to slip on a pair of heels, whether she/I was running for President, treating animals as a Vet, or babysitting little sister Skipper.

The reality is that anyone (or thing, as Barbie is after all a toy), who is viewed as having too much of a good thing needs to be taken down.

The idea that an attractive woman is also intelligent or kind is the stuff that nightmares are made of.

Think about why someone like Gwyneth Paltrow has so many haters: she has a beautiful face, a great body, a successful acting career in addition to her Internet business. Her friends speak well of her and she appears to be a loving mother. The idea that one person could have that much going for them is enough to make people’s heads implode.

The only way many can deal with women who have more than the average share of good fortune is to minimize them in some way: “It’s a good thing she’s pretty, since she’s not very smart.” Or, “Too bad she’s not as beautiful on the inside as she is on the outside.” The idea that an attractive woman is also intelligent or kind is the stuff that nightmares are made of.

In Amy Schumer’s recent HBO special, she tells a story about a guy friend who met supermodel Kate Upton and relayed that the Sports Illustrated covergirl was “actually really funny,” to which the comedienne’s response was, “Fuck you.”  Being gorgeous and having a sense of humor is also forbidden. Ms. Schumer observed we have low expectations for hot people to be anything more. I disagree. We need/want to believe that hot people can’t be anything more than just that.

This kind of resentment has gotten so perverse that it’s been heaped onto a 56-year-old doll.

It doesn’t matter that Barbie showed us we could be anything and everything from an astronaut to a firefighter to an Olympic gymnast, as well as a princess; not to mention a good friend, a loving older sister and loyal girlfriend, who shared with all in her life her dream house, convertible, and country camper. No, people looked at her and all they thought was, Anyone with a body like that has to go.

And so, with the redesign of America’s most legendary plaything, what are we really teaching little girls?

Yes, there are always people who take things to the extreme by getting plastic surgery so they can look like a living doll, but I think most people have always just liked to play with Barbie and all her accoutrement because it was fun.

The Barbie stash of my 18-year-old daughter, Meg, is packed away in an eponymous suitcase, having not been played with in about a decade. I’m glad she had a chance to experience the real thing and I’m relieved we’ve held onto these treasures.

Maybe someday Meg’ll have a daughter to whom I’ll be proud to introduce my childhood idol, the one who had interesting jobs and loving relationships; who was a leader and, oh yeah, quite a bombshell.

Lorraine Duffy Merkl is the author of the novels, FAT CHICK and BACK TO WORK SHE GOES. 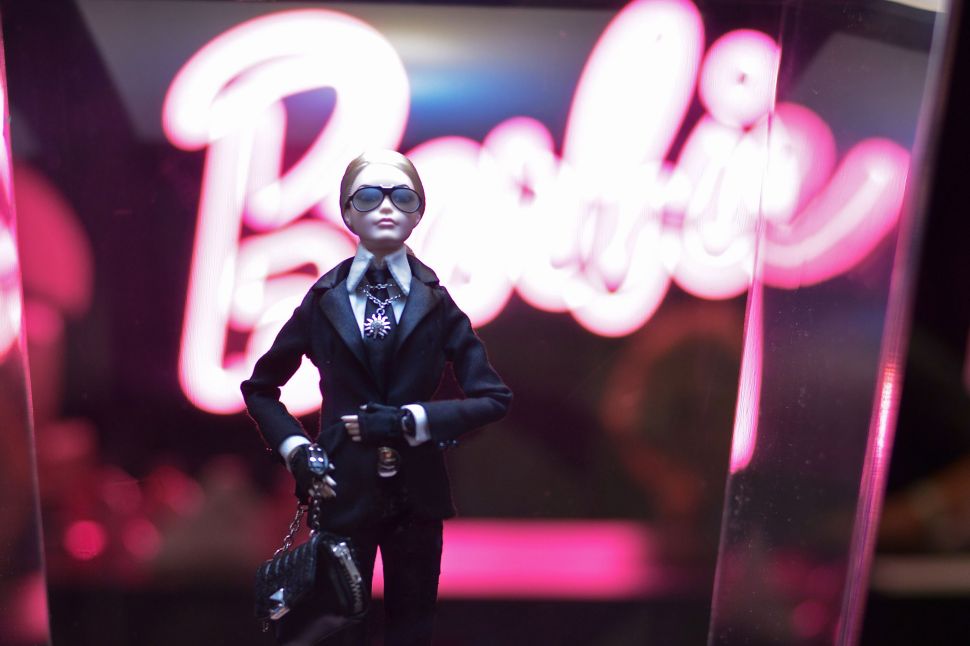