It appears the entire Dimon family is rather cautious when it comes to their Manhattan real estate holdings.

Was there a duplex afoot? It seemed so! But apparently, the Dimons changed their mind and decided to put the place back on the market.

At least the ninth-floor pad has been spruced up since they took possession in 2012: the listing, held by Stribling brokers Phyllis Mack and Michael Druckman, promises the place has been “meticulously renovated,” and it does have some nice features like an open dining room, marble baths, and a granite-countered kitchen with crown moldings throughout.

Naturally, their JP Morgan macherof a son also owns a Park Avenue pad, at 1185 Park between 93rd and 94th Streets. Jamie Dimon, one of his industry’s more outspoken defenders whose net worth is estimated at $1.1 billion, spent just $4.88 million on the co-op in 2004. Definitely not chump change, but also not exactly what one might expect from a man whose estimated yearly salary is $20 million.

Of course, this is the same man who once responded to a bank analyst’s comment that some clients might prefer competitors over J.P. Morgan  with, “That’s why I’m richer than you.” Maybe it’s also his real estate acumen. 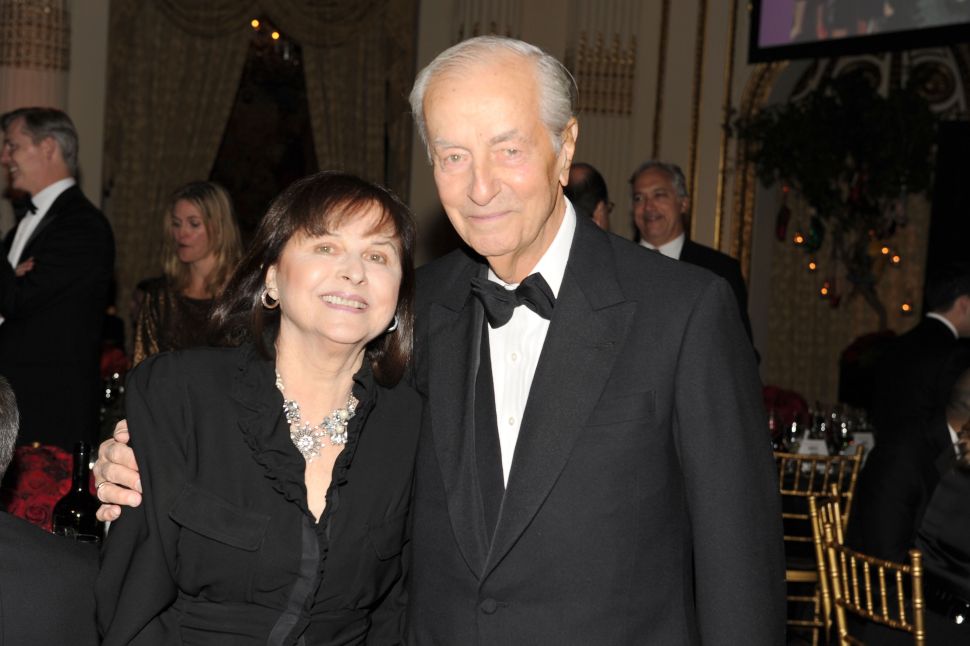