Good morning, it’s Monday in New Jersey, where state officials are mourning the death of Garden State son Antonin Scalia, looking ahead to the continuing presidential race and still dissecting what happened to Gov. Chris Christie’s efforts in New Hampshire.

Quote of the Day: “Justice Scalia was a Trenton-born New Jerseyan and the first Italian American to serve on the Supreme Court. He was an example and inspiration, and a leader we are proud to call a native son of New Jersey,” – Gov. Chris Christie, paying tribute to the late Antonin Scalia.

Check out this AWESOME NJTV News Ad
If you haven’t seen NJTV News’s “We are the people in your neighborhood” ad, you really need to watch it.
Max Pizarro, PolitickerNJ Read more

Auf Wiedersehen, New Hampshire – Until Next Time
Politico had it right when their headline read, ‘Nerd Tourism Booms in New Hampshire Primary Weekend.’ Having stomped in NH two other times in my life, (2000 for Gore, 2004 for Kerry) I must admit that this time it felt different. (And not just because I was no longer sleeping on a gym floor with fifty other 20-something out-of-state volunteers). New Hampshire’s atmosphere was positively electric, with everyone you meet voicing an opinion on the upcoming election. But not in the way your cranky relatives do around the Thanksgiving table. Conversations remain mostly civil, and true persuasion is attempted. It is a die-hard political operative’s Disneyland.The residents of NH are excellent stewards of this awesome responsibility. Presidential Candidates are expected to be accessible and up to any task. It’s refreshing.
Jennifer Holdsworth, PolitickerNJ Read more

Putting a Bow on the New Hampshire Primary
They say revenge is a dish best served cold and I guess that’s true most of the time. But even for Chris Christie’s biggest detractors, there wasn’t much schadenfreude when the governor’s campaign for president came up short. It’s a lose-lose for everyone. His fans lose because it’s over. His foes lose because this result reminds us how much was sacrificed at the altar of Christie’s political ambitions. And in the end, all for nothing. How could we not feel like losers? That said, just about everyone who took part in New Hampshire’s quadrennial primary ritual, indeed many from the Garden State, will tell you it was well worth it. Even those who didn’t get the result they hoped for.
Jay Lassiter, PolitickerNJ Read more

Mike Muller and DACC Talk Redistricting, PACs and 2015 Victories
New Jersey Democrats have been riding high since last year’s Assembly elections, where they secured four seats and an historic 52-28 majority. Mike Muller, the driving force behind the Democrats’ consistently strong performance since he became director of the New Jersey Democratic Assembly Campaign Committee in 2002, said Thursday that he takes pride in holding on to a strong Democratic majority in the Assembly throughout both of Governor Chris Christie’s terms.
JT Aregood, PolitickerNJ Read more

Month in Review: January at the U.S. Supreme Court
The U.S. Supreme Court continues to set up what looks to be a blockbuster term. By June, union fees, affirmative action, and President Obama’s new immigration policy could all become casualties of the Roberts Court. In January alone, the Court heard oral arguments in a key First Amendment case, struck down Florida’s death sentencing scheme, and agreed to join the debate regarding the President’s use of executive orders.
Donald Scarinci, PolitickerNJ Read more

Christie facing hurdles back home in N.J.
At first glance, the sky-blue “Welcome Home, Governor Christie” banner outside Assemblymen Reed Gusciora’s office near the State House appears like a magnanimous gesture — until you read the snarky slogan beneath it.
Charles Stile, The Record Read more

Emails show Kean’s $219,000 table was sent before it was OK’d
Kean University’s controversial $219,000 custom-made conference table was already ordered, built and on a boat from China by the time a required public vote was taken to approve the purchase, internal emails show.
Patricia Alex, The Record Read more
New Hampshire voters rejected Christie’s bullying act
Chris Christie clearly left a memorable mark on the 2016 presidential campaign. It was probably not the mark he intended. But it was his true self.
Mike Kelly, The Record Read more

Christie’s comeback starts Tuesday, thanks to Democrats
Here’s a prediction: Gov. Chris Christie will recover his popularity in New Jersey this year.
It might seem impossible now, when polls rate his popularity as one or two notches above a war criminal.
Tom Moran, Star-Ledger Editorial Board Read more

Bridgegate lawyer backed Christie in N.H.
Among the family, friends, and former and current Chris Christie staffers who flocked to New Hampshire to support the governor in the final days of his presidential campaign was Debra Wong Yang, a close friend of the governor.
The Auditor, NJ.com Read more

Inside barrier-breaking N.J. freeholder’s American Dream
As she sat around a conference room table in Camden County’s Department of Public Works building in early January, Camden County Freeholder Susan Shin Angulo got a dose of what was to come.
Michelle Caffrey, NJ.com Read more

Chris Christie: Welcome home, Guv; you’ve got your work cut out for you
“I Still Call Australia Home” by the late Peter Allen is often called the unofficial national anthem of the land Down Under.
I thought of that in light of Chris Christie’s long absence. Does he still call New Jersey home?
Paul Mulshine, The Star Ledger Read more

For Christie, a new list of challenges awaits
For the foreseeable future, Gov. Christie likely will not be talking about terrorism, the international refugee crisis, illegal immigration to the United States, or Marco Rubio’s debating skills.
Andrew Seidman, Inquirer, Read more

In Willingboro, elected officials feud
It was perhaps a new low in political discord when the mayor of Willingboro sued his deputy mayor for defamation last month. But then a process server interrupted a town council meeting and stunned the standing-room-only crowd when he approached the dais to deliver the legal summons.
Jan Hefler, Inquirer Read more 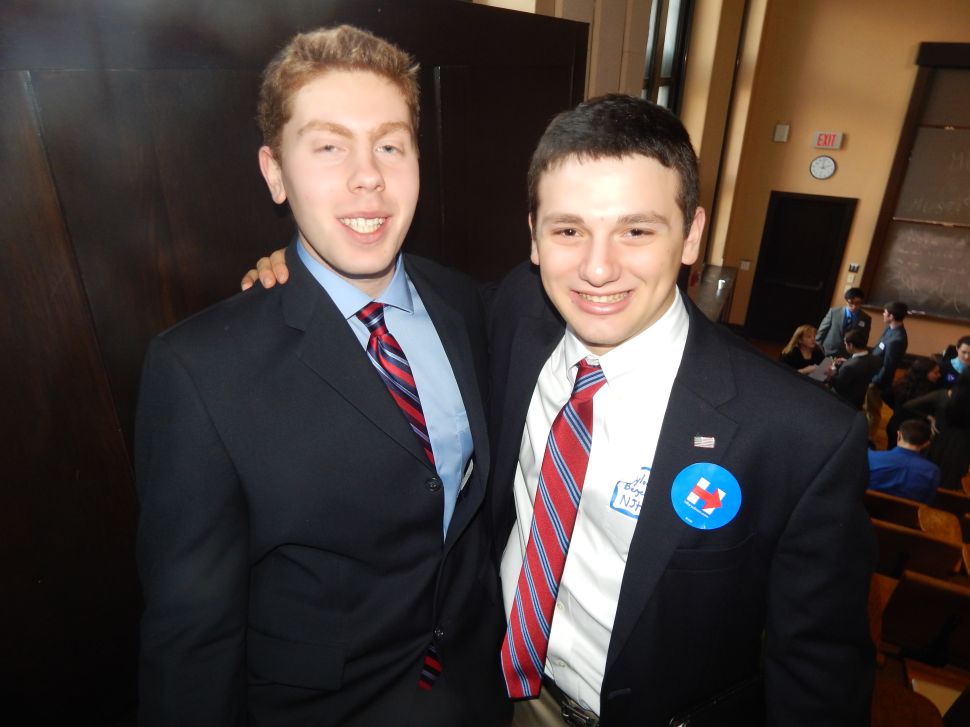