It’s Wednesday in New Jersey, where new polls show where residents stand when it comes to the Republican and Democratic races for the White House. Meanwhile, national issues have a pair of state legislators speaking out as one of their number loses some financial support.

Quote of the Day: “Trump and Clinton hold strong leads and garner solid majorities among their respective party bases. Yet neither candidate does well with independents, the driving force behind dissatisfaction with the current field – a strong indication of how polarizing the 2016 race already has become,” – Ashley Koning, assistant director of the Eagleton Center for Public Interest Polling at Rutgers University, on New Jersey voters’ reaction to the ongoing primary races.

In Sweeney’s $15 Minimum Wage Proposal, an Overture for 2017
Since announcing a bill that would raise the minimum wage to $15 as early as 2021 last week, the question remains whether Senate President Steve Sweeney (D-3) will pursue the issue with a ballot question to amend the state constitution rather than letting a veto from Governor Chris Christie quash the increases. With that ballot question expected to go to voters in 2017 when Sweeney will likely run for the Democratic nomination for governor, the minimum wage issue could be a way for Sweeney to drum up his labor support for the primary and for his caucus to fall back on a dependable populist message.
JT Aregood, PolitickerNJ Read more

Bramnick and Lesniak Call for Reform of Mandatory Minimums for Gun Owners
With support from Senator Ray Lesniak (D-20), Assembly Minority Leader Jon Bramnick (R-21) is hoping to counteract gun laws that put licensed, out-of-state gun owners in prison for a minimum of three and a half years. At the state house Tuesday, Bramnick pointed to recent cases where licensed owners have faced the possibility of prison time while traveling in New Jersey due to a gray area between the recommended sentences and the limited discretion afforded to prosecutors.
JT Aregood, PolitickerNJ Read more

MacArthur Objects to Obama’s Plans to Shut Down Guantanamo Bay
As he prepares to mount his first reelection bid this year, U.S. Rep. Tom MacArthur (R-3) had some choice words for President Barack Obama’s plan to shut down the prison at Guantanamo Bay, Cuba.
Max Pizarro, PolitickerNJ Read more

Eustace gets PNC Bank to Pull the Plug on Garrett in CD5
In response to a planned demonstration by Assemblyman Tim Eustace (D-38) and Garden State Equality today, PNC Bank became the latest institution to distance themselves from incumbent U.S. Rep. Scott Garrett (R-5). Eustace and Garden State Equality thanked PNC, one the nation’s largest banks, for announcing that they would immediately suspend all financial contributions to Garrett, who pickled himself politically last year by making some anti-gay comments.
Politicker Staff, PolitickerNJ Read more

Judge Orders Edwards to Repay the City of Orange $268,750
In an election year decision laying bare the underbelly of Orange politics, Superior Court Judge Christine Farrington ordered former Orange Deputy Business Administrator Willis Edwards III to pay back to the city $268,750 for the three years that he worked in city hall without the consent of the city council.
Max Pizarro, PolitickerNJ Read more

Lampitt Won’t Run in CD3 this Year
After kicking it around for a few weeks, Assemblywoman Pam Lampitt (D-6) jut announced that she won’t run for congress in the lampitt_color3rd District against incumbent U.S. Rep. Tom MacArthur.
Max Pizarro, PolitickerNJ Read more

Newark crackdown against Uber back on
The City of Newark said Tuesday it had reinstated a plan to ticket and tow Uber drivers at Newark Liberty Airport and Penn Station, despite the Port Authority of New York and New Jersey’s opposition to the taxi-ordinance enforcement plan.
Richard Newman and Paul Berger, The Record Read more

Christie returns to hosting N.J events after 2016 loss
Gov. Chris Christie on Wednesday is scheduled to make his first appearance on the road in New Jersey since ending his presidential bid two weeks ago.
Matt Arco, NJ.com Read more

Editorial:’President Trump’ now a real threat: Republicans for Hillary. Seriously.
Donald Trump’s big win in South Carolina, along with his sustained popularity in key states that will vote soon, make him the clear favorite to win the Republican nomination.
Star-Ledger Editorial Board Read more

American citizen? Depends on where you’re standing
I heard Donald Trump saying that Ted Cruz should not run for President because he is not an American citizen. I didn’t hear it because I was watching the GOP debate — one of those is more than enough. But everything Trump says, no matter how ridiculous – like America’s unemployment rate is really more like 40 percent— gets free press.
Linda Reddington, Asbury Park Press Read more

Don’t hold breath waiting for property tax relief
Any discussion of New Jersey’s record-breaking property taxes, there are three certainties:
-They’ll continue to increase.
– Every elected official and candidate will pledge to act decisively to halt the increase and reduce the burden.
– Nothing of consequence will be done.
Carl Golden, Asbury Park Press 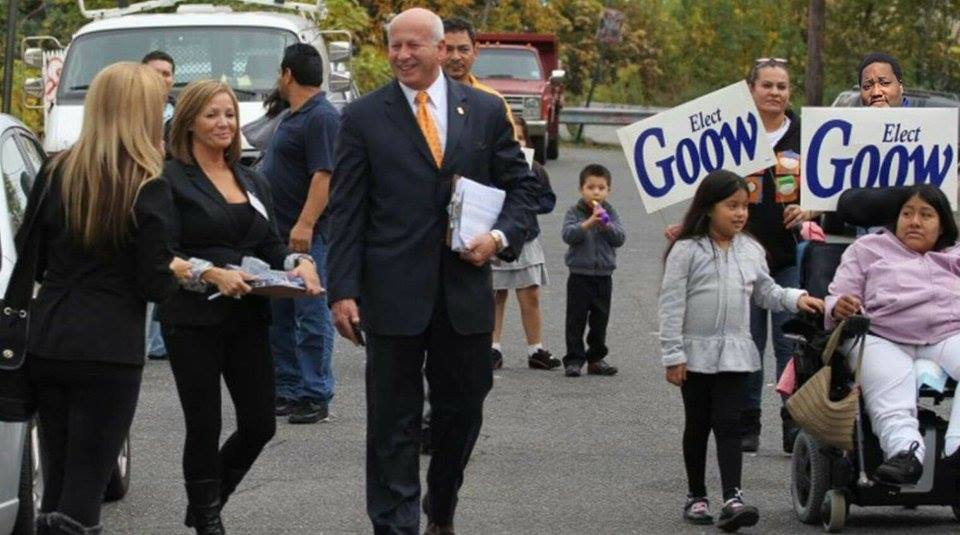