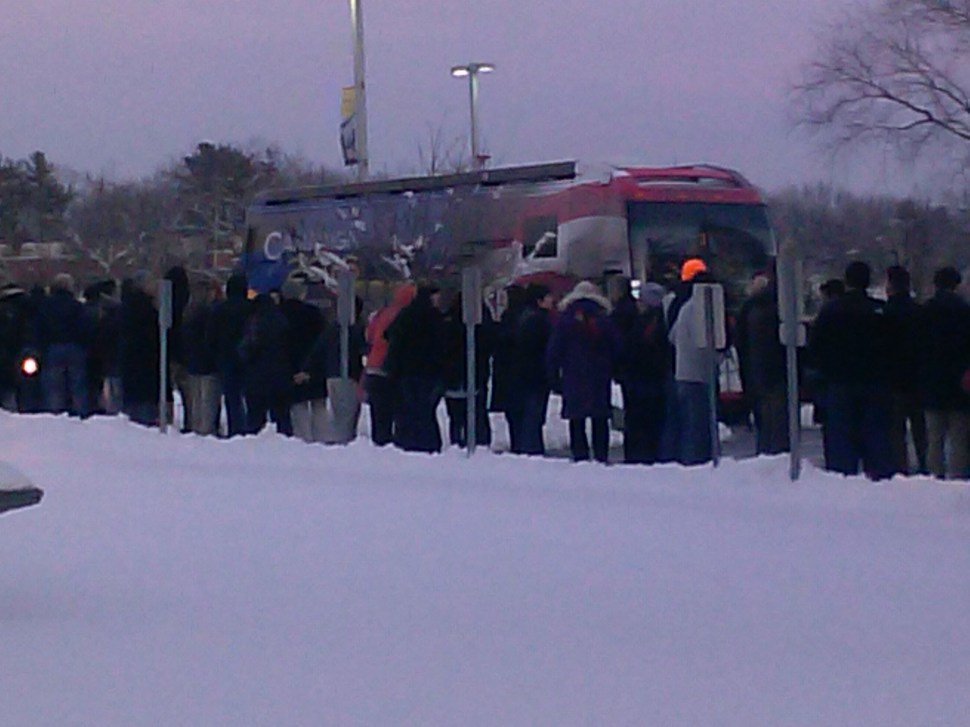 It’s Monday in New Jersey, the day before the New Hampshire primary, where Gov. Chris Christie is hoping to benefit from a breakout performance at the debate this weekend to reinvigorate his campaign.

Quote of the Day: “Every time someone leaves these town halls they are converted as voters for him so I am very hopeful.” – Mary Pat Christie, assessing her husband’s chances in New Hampshire.

7 New Hampshire Nuggets (you need RIGHT NOW!)
In many ways, the New Hampshire presidential primary is our Super Bowl. I made the trip for a few reasons: 1) to determine if I’m #FeelingTheBern or #ReadyForHer, 2) to gently troll Chris Christie’s campaign events (and truth squad with the press afterwards) and 3) we are political people and this is what we do. It’s a really exciting atmosphere but there’s also a looming sense of dread. Most of us won’t leave here as winner. And deep down we all know it. But all that nervous energy only adds to the sense of excitement. Here are some impressions from the field:
Jay Lassiter, PolitickerNJ Read more

Clinton Rallies the Troops in Northern New Hampshire
On the line that stretched around the back of a local community college here for a Hillary Clinton rally, much of the talk centered around the virtues of Vermont Senator Bernie Sanders, who’s expected to win here on Tuesday – then get run over post New Hampshire.
Max Pizarro, PolitickerNJ Read more

Manchester Barkeep Not a Chris Christie Fan
The bar up the street from Clinton headquarters was all but empty. Why the cover was even off the pool table was anyone’s guess, because it didn’t look like it hadn’t seen much use, or hold the suggestion of a coming night of racked fortunes.
Max Pizarro, PolitickerNJ Read more

MacArthur on Christie: ‘He is Captivating People’
Congressman Tom MacArthur (R-3) came to New Hampshire to show his support for Governor Chris Christie as he completes his final push to show that he is a viable presidential candidate.
Alyana Alfaro, PolitickerNJ Read more

Christie Supporters from NJ Cite Sandy as Proof Guv Should be Prez
Despite the frigid New Hampshire cold, groups both in support and opposed to the Republican presidential candidates crowded the lawn of St. Anselm College ahead of the last Republican debate before Tuesday’s first-in-the-nation primary.
Alyana Alfaro, PolitickerNJ Read more

In New Hampshire, New Jersey Democrats Rally Clinton Supporters
The mood at the downtown third floor Hillary Clinton headquarters consisted of genial inevitability tinged with mild irritation at the coming uncomfortable humiliation of getting dinged by an estimated 9 to 15 points by a Democratic socialist from Vermont prior to paving him over in the southern states.
Max Pizarro, PolitickerNJ Read more

Christie touts debate performance
Governor Christie started Sunday with new energy after grabbing most of the attention during last night’s presidential debate, where he methodically slashed chief rival Marco Rubio before a national audience and gave his idling campaign perhaps its best shot to steal a large group of undecided voters in the upcoming primary.
Dustin Racioppi, The Record Read more

Judge allows defendants in GWB lane-closing case to demand state law firm’s files
A federal judge on Friday gave defense attorneys a powerful tool in the George Washington Bridge lane-closure case: the ability to subpoena emails and other documents withheld by the law firm Governor Christie hired to investigate who closed the lanes and why.
Peter J. Sampson and Paul Berger, The Record Read more

With all on the line, Christie pounces
Whether candidate Chris Christie succeeded in halting Marco Rubio’s momentum won’t be known until the polls close in New Hampshire on Tuesday.
Charles Stile, The Record Read more

Republican primary debate: Chris Christie knocked out Marco Rubio
You could see this one coming a mile away.
But Marco Rubio never knew what hit him.
Paul Mulshine, The Star Ledger Read more

Christie: I’d use my Ebola response as a model for Zika virus
Gov. Chris Christie is holding up his use of mandatory quarantines for Ebola-exposed health workers in New Jersey as a template for how he’d handle the Zika virus nationally.
Claude Brodesser-Akner, NJ.com Read more

Should more N.J. patients be allowed to get medical marijuana?
When Cindy Bronman of Toms River last checked on Friday morning, nearly 40,000 people in the country had signed her online petition urging state officials to add rheumatoid arthritis and lupus to the list of diseases that qualify people for medical marijuana in New Jersey.
Susan K. Livio, NJ.com Read more

That Iowa couple Christie talks about? They voted for Rubio.
An Iowa couple whose son is heading to Iraq made such an impression on Republican presidential hopeful Chris Christie that he’s made them a staple of his New Hampshire campaign speech this week. But while the couple came away from the encounter just as impressed, they supported rival Marco Rubio in the state’s caucuses.
Associated Press Read more

Governor’s mansion meeting charted A.C. future
It was early December and Frank Formica was working at his family’s Ducktown bakery in Atlantic City when he got a call from Gov. Chris Christie’s chief of staff, inviting him to a meeting at the governor’s mansion, Drumthwacket.
Michelle Brunetti Post and Christian Hetrick, The Press of Atlantic City Read more 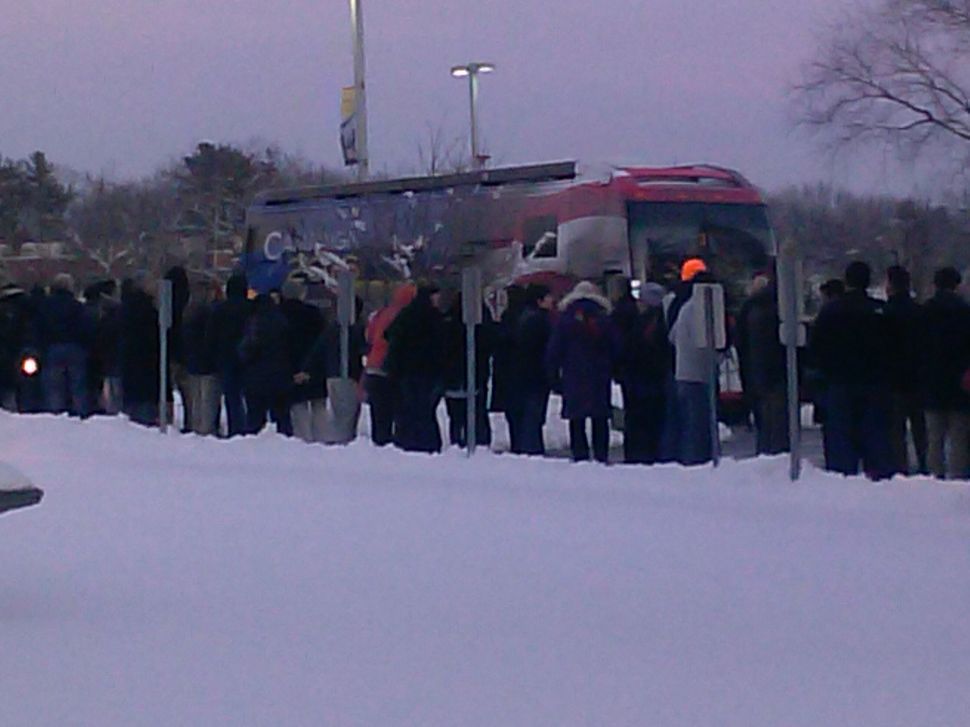