Former President George W. Bush campaigned with his brother Jeb on Monday two days after front-running billionaire tycoon Donald Trump slammed the brothers with the 2017 presidential primary argument that W. made America less, not more safe, as evidenced by the Sept. 11 attacks.
A new Morning Consult survey released today shows 34 percent of all respondents said Bush’s policies kept us safer, while 35 percent said he kept us less safe. Twenty percent of voters said they didn’t think his policies made any impact.

Among military households, 43 percent of respondents said the president kept us safe, while 33 percent said he did not.

Morning Consult asked voters if knowing that George W. Bush is a close and trusted advisor to Jeb Bush would make them more or less likely to back him in the race. Twenty-seven percent of Trump supporters said it makes them less likely to vote for Bush, compared to 20 percent of Rubio supporters and 16 percent of Cruz supporters.

Does knowing that former President George W. Bush is a close and trusted advisor to Jeb Bush make you more or less likely to vote for Jeb Bush for President? 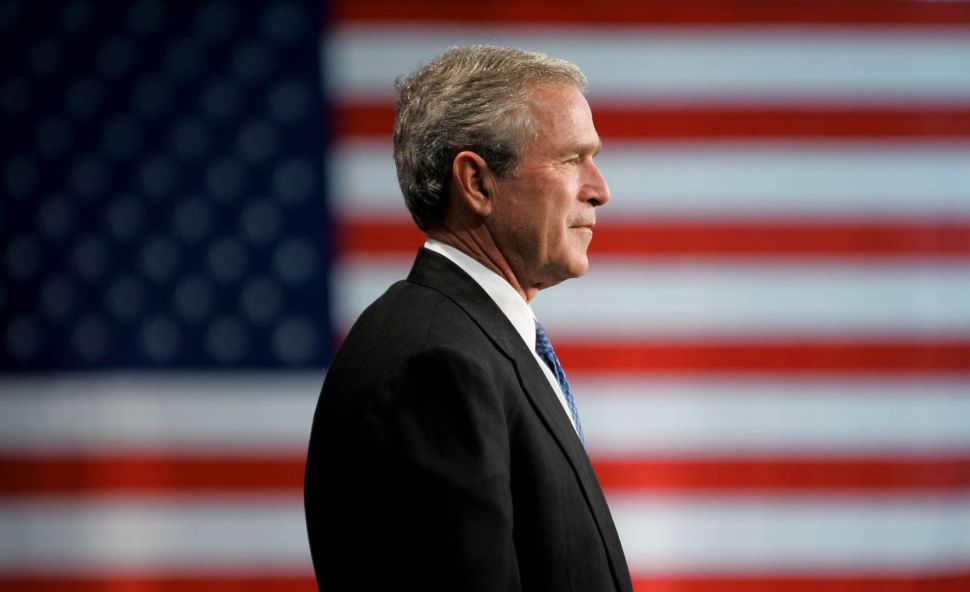