Pop Psych is a new column where we ask a real psychotherapist to delve into the mindsets of our favorite shows and TV characters.

The People v. O.J. Simpson: American Crime Story opens aggressively, reusing stock footage to remind us viewers of a social wound we thought maybe had healed, before jumping us ahead several years in its cultural narrative.  The show uses news clips of the LA riots surrounding the beating of Rodney King by the LAPD and the subsequent trial to call to mind the violent, barely soothed anger that served as the backdrop for the trial of the century, before using a jarring “2 Years Later” transition text to move us ahead in the narrative of 90s LA.  It’s effective and, strangely, reminiscent of the opening of Ghostbusters 2.  That these two works share an opening is not just coincidence, though; their themes dovetail as well.  The series about post-prime O.J., like the film about ghosts, seeks to explore how our society copes with the unwanted and painful exposure of suppressed trauma.

To understand what’s at stake here, what trauma we’re exploring, we need to understand what the show is actually about.  There’s an argument to be made that the show is about race in modern America and, sure, it has its moments.  Certainly the show itself believes this to be the case.  But the fact is, for a show seemingly about race, the black people in it have so few lines that they couldn’t possibly be the focus.  O.J. remains inscrutable through the first three episodes, in a constant state of panic.  He’s not a character, he’s a reaction.  Johnnie Cochran is portrayed virtuously, but without any depth.  Rather, the active cores of the show seem to be the white attorneys: Marcia Clark and Robert Shapiro.

So what do these white attorneys represent?  Why is their journey compelling enough to grab the spotlight out from the disgraced football star and the crusading attorney searching for some measure of justice for his people?  By the end of the third episode, the answer seems to be gender.  Specifically, the socially enforced trauma of gender roles, and the trauma of breaking free from gender roles.  Once again, Ghostbusters beats American Crime Story to the punch by about 40 years, but that’s Harold Ramis for you.  Who doesn’t remember tough, funny, successful single woman Dana Barrett?  You know, the one who sexually dominates meek little Louis Tully so hard she summons an evil god, about five years before getting so distracted at bath time she nearly lets her baby get eaten by pink ooze bubbling up from below the surface of society.  Good thing Dr. Peter Venkman, Ph.D., was around to take care of the mess!

That all being said, let’s take a closer look at these two.  Marcia Clark is presented unambiguously as a complete ass kicker.  Importantly, a kind of traditionally hyper-masculine complete ass-kicker. The first things we learn about her are that she has forgotten to attend the baby shower she was supposed to plan for a friend, and that she’s the only competent person within 100 miles of the law and order side of this case.  She spends most of her screen time in the first three episodes reminding all of the cops why she makes more money than they do, and reminding her peers at the DA’s office why she ought to.

To put it bluntly, ‘organized’ is the kind of compliment that businessmen use when making fun of businesswomen to their faces, right before they offer them a 70% market-value salary.

The person that came to my mind while trying to understand her was Martin Riggs, Mel Gibson’s character from Lethal Weapon.  Never mind that they have the same haircut, they’re both accused of the same character flaw by their bosses: too hot headed, too fiery.  Like Riggs, Marcia Clark is punished from above with an unwanted partner, Bill Hodgman, who she damns with the faint praise “Well, nobody is more organized than Bill.”  Sure, it’s a compliment, but it’s the kind used to imply weakness; organization covers for a lack of natural talent and insight.  To put it bluntly, ‘organized’ is the kind of compliment that businessmen use when making fun of businesswomen to their faces, right before they offer them a 70% market-value salary.

On the other end of the spectrum we find Robert Shapiro, skillfully riding his traditionally feminine social traits into a successful and comfortable life.  It’s worth mentioning that he has the only functioning romantic relationship in the show.  Introduced about halfway through episode 1, he ends up smeared with the kind of reputation that will haunt him through the series before we even know who he is.  The first things we learn about him are that he loves to namedrop his famous clients, and that he uses personal relationships to arrange plea deals in his clients’ favor.  Oh, and preceding all of that, we learn he has more vanity than common sense – his (botched?) plastic surgery leaves him looking like he’s auditioning to play Clayface, but you get the sense this isn’t even his final form.

All of this is to say that, at least through the first third of the series, the primary active characters of the show, the attorneys, are both presented against society’s expected type and punished for it.  Marcia Clark ends up saddled with a partner and unable to concentrate on her divorce proceedings, while Robert Shapiro gets slammed by the media as being incapable of handling a proper punch-up of a trial.

So we end up with a fascinating character study of two people brought in from the fringes of expectation to manage and sort out the total bungling of two traditionally masculine entities, the police and sports culture, within a traditionally masculine culture.  This is emblematic of any society dealing with institutional trauma – if social rules are to blame for the trauma, then people operating strictly within those rules cannot resolve it.  We need people on the edges, people who have gained power within the rules through their willingness to flaunt them, to lead us out of this mess.  That both characters are punished from above – by legal organization and media, the very structures that shape our society – makes perfect, sad sense.  It’s a set-up for a later reckoning: once they are done exposing the painful hypocrisy we enforce on ourselves through gender norms, we will dispose of them publicly.

And if you don’t believe me, just see where they are now. Robert Shapiro was able to transition semi-gracefully into a lawyer to the stars, though this may have something to do with his being swapped as the face of the defense by Johnnie Cochran (as well as being a white man in a masculine culture).  Marcia Clark, however, was publicly destroyed.  Tabloids published nude photos of her, the media skewered her for her lack of fashion sense, and she herself admits to being awash in guilt for failing to convict.  She gave up on being a lawyer and now writes a series of fictional novels about Rachel Knight, a victorious female attorney practicing criminal law in LA. 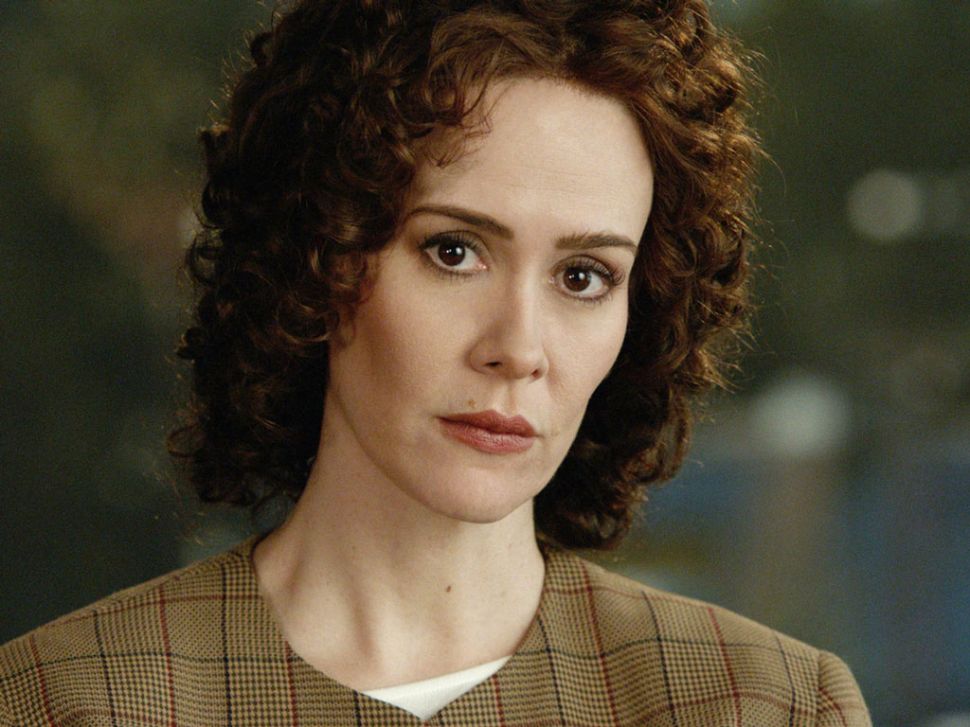