Prince Harry is taking off on vacation, so he’ll have to put his wife hunt on hold. For ladies who might be hoping to nab a Prince, if they fly to Nepal there’s still hope. After all, the Prince will be far from his rumored Los Angeles girlfriend, so it might be the perfect time to swoop in. Prince Harry is spending the middle of March in Nepal, where he’ll meet with earthquake victims and help aid efforts there.

Having served with Ghurka soldiers in Afghanistan, Prince Harry will visit the British Gurkha Camp in Pokhara #Nepal pic.twitter.com/jTBwXrhq5S

The Kensington Royal Twitter page announced the news of Prince Harry’s impending visit, sharing a press release with details about his tour of Nepal. The Prince will is set to depart on March 20 to visit Kathmandu and meet with President Bidya Devi Bhandari. While there, Prince Harry will meet people affected by the Nepal earthquakes in the spring of 2015. He will also “take part in a trek” and visit one of Nepal’s National Parks, where he’s sure to have his own Bear Grylls moment.

Prince Harry is keen to enjoy the country's stunning natural beauty and will visit one of #Nepal's National Parks. pic.twitter.com/41xxMxst3r

This trip is an interesting way for Prince Harry to give back, which he has been doing lots of lately, when he isn’t busy canoodling and carousing. At times, his social life gets in the way of his more charitable pursuits, but this will spotlight his true focus. His travels have taken him all over the world, but this spring trip is his most meaningful in recent weeks. 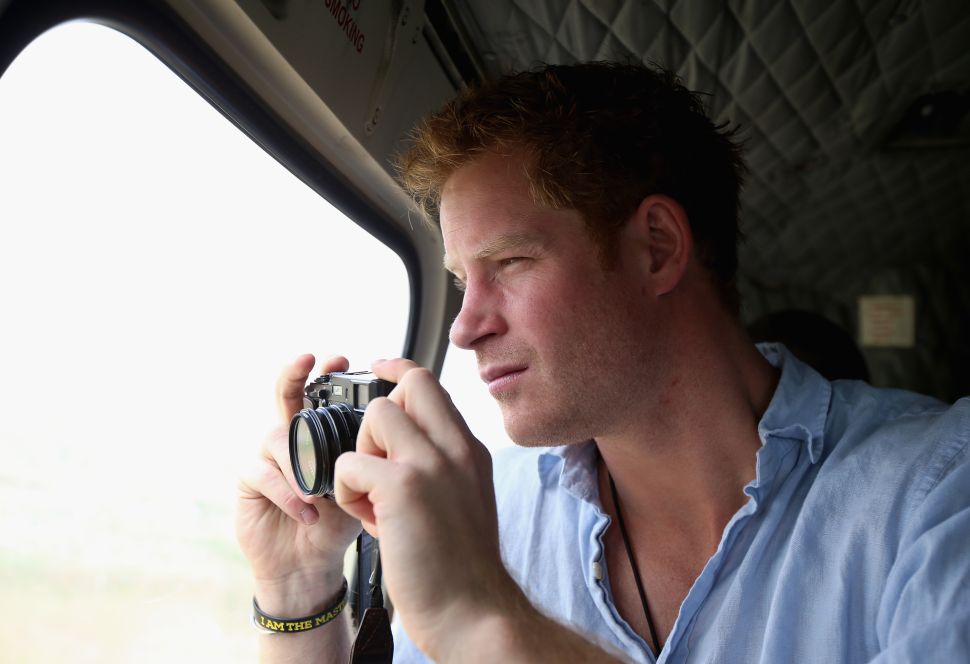