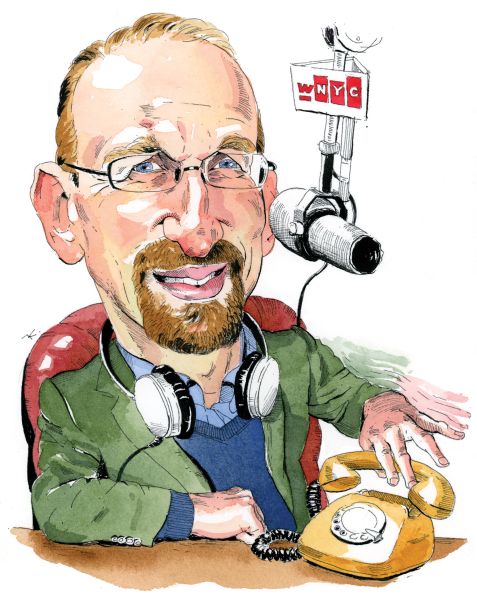 Brian Lehrer is the Walter Cronkite of New York City broadcasting; both politicians and the public trust the thoughtful talk show host. During a recent lunch of grilled chicken salad at Hundred Acres in Soho, Mr. Lehrer expounded effortlessly on a range of topics, including political feuds and host etiquette. But at times, as he sat on the other side of the mic, his soothing, slightly nasal voice slowed down to a crawl, as he contemplated every…single…word.

Your show debuted in 1989, the same year as Rush Limbaugh. With right-wing voices so prevalent and loud on radio, do you feel a responsibility to serve as a counterbalance? Limbaugh has a joke that I’ve heard him tell. It’s a half a joke. He says, “This show isn’t what you think; it’s about what I think.” On my show, I try to never express my opinion in a way that makes the show about what I think. I try and express it in a way that makes the show an act of openness, outreach to people who agree or disagree with me.

Any thoughts on why left wing radio networks have never succeeded. It’s a mystery. There’s a cliche that a liberal is someone who won’t take his own position in an argument and so maybe a Rush Limbaugh-style kind of liberal talk show host is not as likely to become popular? There’s also the theory that I guess is not true that advertisers won’t spend their money on a liberal network because they see that as being against their long term interests. The liberal network would be too critical of capitalism but I don’t tend to buy that one. I think capitalism seems to exist in a short term enough frame of mind that if they got good ratings for the next three months they’d be happy to buy in.

You expertly defuse tense situations. What tactics have you developed to calm agitated callers? I just try to take people seriously and find the grain of truth or meaning in whatever their rant is. In commercial radio, callers are often made fun of or toyed with to just enhance the host’s shtick. So I’m trying, for the most part, to ignore if they are agitated or obnoxious and let them vent to a reasonable degree. I have the hold button, so at any moment that a caller takes a breath, I can zap them onto hold seamlessly and not seem like I’m cutting them off. Sometimes, the people who are agitated have something really important to say. There are reasons to be agitated in this world.

What makes you agitated? Ongoing inequality in society and not enough of the will to do anything about it makes me incredibly agitated.

I’ve never witnessed as bitter a feud between politicians as Mayor Bill de Blasio and Gov. Andrew Cuomo. As a voice of reason, can you think of ways that the two Democratic leaders can tone it down? It’s probably the strangest political feud I’ve ever seen, because they actually agree on so much and have so many of the same goals for New York, which has led to this unique process of Mr. Cuomo trying to outbid de Blasio on progressive initiatives. The mayor proposed universal pre-K for the city and wanted to fund it through a tax hike on the very wealthy, and the governor said, “No, you can’t have that tax hike. But I’ll go and give universal pre-K to every kid in this state!” It was a win for all the families of New York. When we see political feuding in Washington it seems to end in gridlock. If this is what political feuding means in New York, let them fight.

Can you recall the most absurd on-air moment? When the AIDS activist Larry Kramer was a [phone] guest on the show in the ’90s and a caller was giving him a hard time. I didn’t like the caller. I thought he was as much anti-gay as he was disagreeing with any policy. But Kramer said, “If you don’t hang up on this caller in three seconds, I’m hanging up on you—three, two, one.” And I let him hang up. Even though I thought the caller was a jerk, I wasn’t going to end the conversation like that.

It amounted to blackmail. I then told the caller I disagreed with him, but I wasn’t going to cut him off. I wasn’t sure what was going to happen next, then, poof, Larry Kramer was back. “I didn’t say I was going to end the interview permanently,” he said. So that was absurd, being blackmailed to cut off a caller and luckily having the good judgment not to.

Who’s the one guest you haven’t managed to get? Bill Clinton. Mr. President, if you’re reading this, there is a slot between 10 and noon open for you any time. 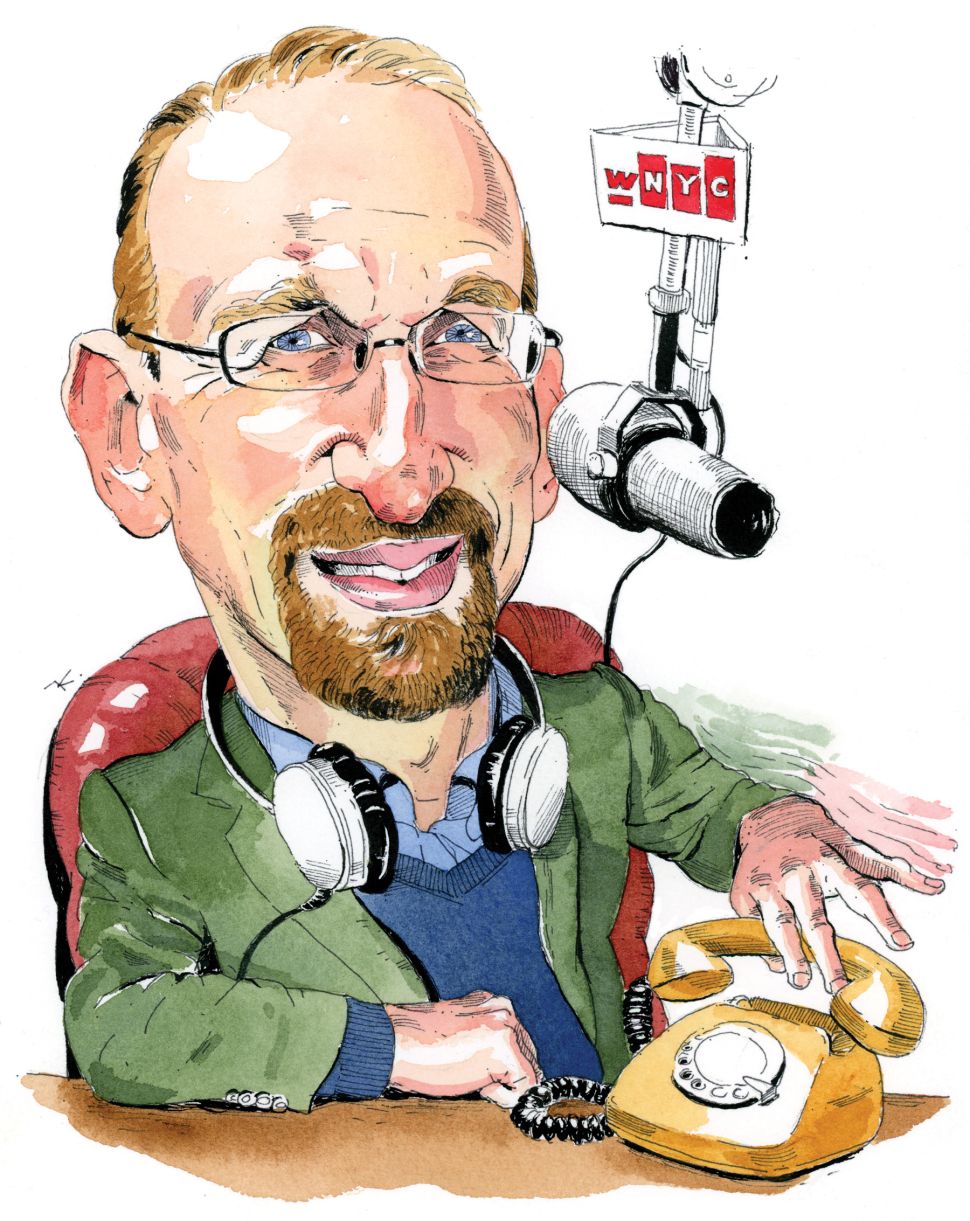