Assemblyman Reed Gusciora’s flippant remarks about Senator Bob Menendez’s stance on the President’s race to normalize relations with the repressive regime of the Castro brothers were disrespectful and arrogant.

Like Bob Menendez’s family, mine came here seeking better opportunities. In the late 1970’s and throughout the 1980’s, the Honduran government, backed by secret military units, targeted political dissidents, abducting as many as 184 people and torturing and killing them. Today, the Honduran government is more ineffective than abusive, doing little to stop violent gangs, including drug cartels from outside of Honduras, to engage in deadly turf wars. Large agribusinesses have taken land without compensation from people who worked it to provide food for their families. All of this has led to a mass exodus of child refugees taking the dangerous journey from Honduras to the United States, alone, to find safety and security.

I know what Bob Menendez must feel. While we are both American, we are both connected to the places that our families left to give us the opportunity to grow up here. We both have family that stayed behind. We both want to find a way so that people do not have to continue to make a life-jeopardizing journey, whether 90 miles across the Caribbean or more than 1,500 miles across dangerous terrain, to find freedom and security. There is no reason that they cannot have that where they have lived their whole lives.

Assemblyman Gusciora has placed a lot of emphasis on his conversations with representatives of the Cuban government. But the truth is that he was nothing more than their pawn. In fact, they made his travel arrangements and stories ran in state-owned media, giving legitimacy to the Castro regime. But what conversations did he have with political dissidents and proponents of democracy and freedom on the island? Did he speak with the Ladies in White, who routinely march against the Castro regime’s brutality against their loved ones, only to be met with arrest? Has he even bothered to speak with one of the ex-political prisoners who now call New Jersey their home? Or did he simply decide that that he knows what is best for the island? Did he decide that was truly helpful to them was to be used as a pawn in the never-ending propaganda machine of the Castros, giving them legitimacy? I know that Bob Menendez has. In fact, when he spoke out against the President’s planned trip, he was surrounded by them. The backdrop of his remarks was pictures of men and women who had been abused, tortured, and killed by the Castros.  A scene much too common in Latin America with their tyrannical governments.

History has shown that talking with dictators and despots only emboldens them. The number one priority for the Castros, like Bautista before them, and every other brutal regime that we have known, is the preservation of their power, and the oppression of the people. The Europe Union, who has had a policy of open communication for nearly two decades is no closer to achieving any degree of freedom in Cuba than it was in 1996. But we should pretend that the person asking the question will make all of the difference.

No. Instead, what the President should have done was require “action for action” like he did with Burma. When he opened an embassy in Havana, he should have insisted on protections for the Cuban people, not locked out those who want our freedoms. When he expanded exports to the island, he should have made sure that the profits ended up in the hands of the Cubans who sell them, not fund the initiatives of a dictatorship.  When he announced that commercial airlines would again be flying in and out of Havana, he should have ensured that the murderers of New Jersey State Trooper Werner Foerster and Frank Connor would be on the first flight back to the United States.

Instead, we are quickly losing our leverage over the Castros and will soon be left with nothing but Assemblyman Gusciora’s ineffective questions and more loss to the Cuban people.

Rolando Bobadilla of Newark is an Essex County Freeholder. 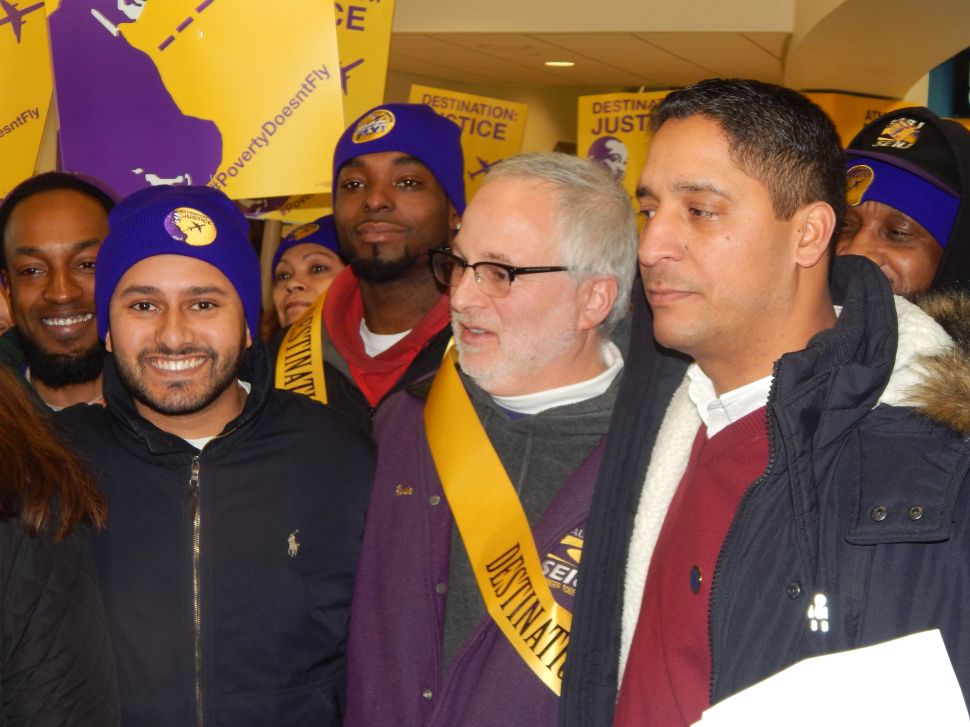