A lot of people raised on Rolling Stone are hacking up this idea that the recent deaths of some of the Elders of Rock are a sign that the sun is setting on the whole genre. The fact is, rock ’n roll is healthier then ever: the music industry died, not the music.

Those waving around a notarized DNR statement for rock tend to be tied to establishment channels like Rolling Stone and the dying, desiccated major labels (all of whom are frightened and swollen-bellied survivors of famine batting off the flies of reality while chasing after Nashville hotties, talent show winners, and the neo-hair band vapors of over inflated Warped Tour acts). Oh, and that’s why it’s so damn easy to pick on the generally likeable Dave Grohl; Rolling Stone has firmly concluded that he represents the last, gasping apogee of a terminally ill genre. True, it’s a lot harder to make a living off of music these days, but the technical and social revolutions of the last two decades have made music infinitely more accessible for both the creator and the listener. Dear God, there’s so much good music out there.

Anna von Hausswolff may be the most original and compelling solo artist working in the Western world today.

Evidence: This past November, a Swede in her late 20s named Anna von Hausswolff put out the best album of 2015. She’s not working in EDM or rap or any of the “default” genres favored by those who presume the creaky old rock Golem is falling (EDM is not the “new” rock, it’s just EDM). Von Hausswolff is reinventing rock ’n roll, producing work that is radical yet familiar and shimmering with invention. Likewise, Sunn O))), who also have a (relatively) new album out, have been effectively and adamantly re-writing the rules of rock for two decades, though you’d never know that if you’re still reading a magazine that’s trying to convince you Perry Farrell and Lenny Kravitz are cutting edge.

I do not understand why the whole freaking world isn’t ranting and raving about Anna von Hausswolff; she may be the most original and compelling solo artist working in the Western world today. Start by imagining Liz Fraser of the Cocteau Twins singing songs at God’s funeral.

Aside from her startling, Fiona Apple-in-Mordor voice, the key instrument on The Miraculous (von Hausswolff’s fourth album) is a gigantic Swedish pipe organ called the Acusticum. The Acusticum sounds like an entire Orc army unto itself, and it’s a startling foundation for this vastly original LP. The remaining instrumental textures, generally painted in dark metal palettes, slide, sigh, slur, scream and churn over, under and around the Acusticum; it’s almost as if von Hausswolff uses dark metal the way ’60s West Coast pop producers used string sections, and I’ve never heard anything quite like it. It makes for a very striking and original dark fairyland, like Hildegard von Bingen joining Celtic Frost and preparing for Ragnarök.

Hausswolff’s vocals are flexible and acrobatic, altering their inflection and character to suit the musical and textual needs of the piece. Employing enormous discretion, she uses her vastly impressive singing sparingly; in many ways this album is driven by its long instrumental passages (a technique Hausswolff explored on her last full-length record, 2012’s excellent but far less death metal-ish Ceremony).

The Miraculous is deep, dark, stunning, engaging, and so fresh that it almost defies description. An invocation, a prayer, an exhortation to light, darkness, death, life and rebirth, you are hearing an artist inventing her own fiercely original vocabulary. The mood (though not the tempo) invokes death metal’s wintery, hooded wraiths, but Kate Bush and her weirdly gothic pliés also hover over the proceedings. The Miraculous is a vastly original triumph, and I think we’re witnessing the emergence of one of the most important artists of the decade.

‘The Miraculous’ is a vastly original triumph—I think we’re witnessing the emergence of one of the most important artists of the decade.

The Miraculous hints at a subtle, quasi-folk, ambient/atmospheric application for doom/death metal, an idea also widely explored by Sunn O))).

When I was young, I used to imagine what a Rock’n’Roll Machine would sound like (I had heard the phrase used in a radio ad by The Godz, a ridiculous mid-‘70s proto Motley Crue-ish atrocity). In my addled teen brain, I had envisioned some kind of switch you flipped that would activate some great, grunting, groaning metal machine guitaranimal roar, something that would sound like a Kinks riff stuck in record-skip rut combined with the noise a car muffler makes when it’s dragging on the street.

Of course, I was imagining Sunn O))).

The amazing Sunn O))) seemed to have a few distinct antecedents: they codified and amped up the shambling bass-frequency stoner stumbles of Earth; they reduced the Melvins‘ rumble to its most basic, primal giant armadillo slime trail; and they took Glenn Branca’s vast apocalyptic roar and translated it into simpler Malcom Young/Tony Iommi grrrwols. The result was the entire idea of rock slowed down to an 8-RPM grimacing grind, a black hole Ramones, a guitar transcription of shifting tectonic plates sluicing into place.

However, Sunn O)))’s new album, Kannon, is their least interesting work in a long time. There’s something missing on Kannon, and it’s probably a lack of movement; sure, that quality is built into the product description, but when musicians like Tony Conrad or Ellen Fullman do this kind of thing—or Sunn O))) on, say, 2009’s Monoliths and Dimensions—each nano-second of shredded, shrouded shronnnng, even when it’s chordally unchanging, contains a near-infinite range of harmonics and tension. There’s little tension here; it’s just, well, a wallpaper of gorgeous roar, not quite dynamic enough to succeed as pure ambience, not quite agitated enough to keep the listener engaged.

I recommend getting just one of the album’s three tracks, “Kannon3,” and skipping the rest. “Kannon3” is both a shade more structurally absorbing than the rest of the collection, and it makes all the points about big long chords, down-tuned bass, and Book of Revelation ambience that “Kannon1” and “Kannon2” attempt to make, but notably better.

Mind you, Sunn O))) are coming off of two brilliant collaborations, so this is hardly a fall from grace. Soused, their 2014 album with Scott Walker, is likely the best album of the decade so far, and Terrestrials (also released in 2014), recorded with Norwegian dark metal folk-pop group Ulver, is a near-masterpiece (it sounds like Penderecki having a nightmare while Branca plays “Astronomy Domine”). Both Soused and Terrestrials are vastly compelling and unforgiving even in their quietest and most static moments, providing an infinite complexity of mood and harmonic possibility that completely draws the listener into the artists’ world.

And that’s also what Anna von Hausswolff does on The Miraculous: Hausswolff creates a new environment that is thrilling, but not shocking; you are startled by the sense of originality, but never un-moored by the deliberately weird. Furthermore, in its strange mixture of delicate melody and burning church fumes, it’s one of the few albums that can be embraced both by fans of Ira Glass and Impaled Nazarene. The Miraculous displays that rock is very freaking alive and well, and there’s way more to rock’n’roll than blowing Bono and Bruce while shedding tears for the old fallen leaders. 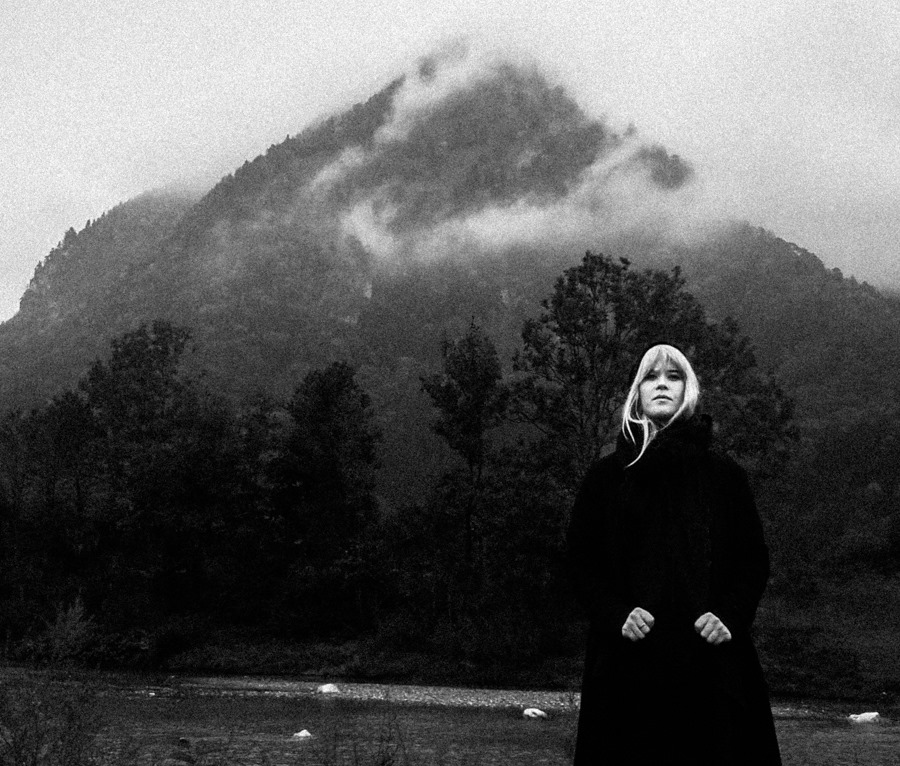