A true American tragedy comes to TV this week (and no, we’re not talking about FX’s American Crime Story which examines the O.J. Simpson trial, or ABC’s American Crime, which is entirely fictional). No, the new mini-series, Madoff, tells the tale of the mastermind behind one of the biggest financial fraud in history.

It all unraveled in 2008 when it was discovered that the then revered financial guru was running a massive Ponzi scheme, one that brought down not only the extremely wealthy but also thousands of regular folk who had given the supposed genius investor their life savings, their kid’s college funds and their retirement accounts.

After being turned in by his own two sons, Madoff, who at the time was 71, plead guilty and was sentenced to 150 years in prison.

The fascination with Madoff, how he managed to carry out his schemes for decades and whether his family truly had any knowledge about his illegal dealings, may have waned a bit, but the whole sordid story is still of great interest to many.

Now comes ABC’s take on Madoff and his illegal business dealings with its dizzying cocktail of outright deception, utter self-absorption and not a sliver of empathy in sight. Just as American Crime Story is based on Jeffrey Toobin’s The Run of His Life: The People versus O. J. Simpson, Madoff is based on the 2009 book The Madoff Chronicles: Inside the Secret World of Bernie and Ruth by Brian Ross, ABC’s Chief Investigative Correspondent. The two-night, four hour event stars Richard Dreyfuss as Bernie Madoff and Blythe Danner as his wife, Ruth.

Linda Berman, Executive Producer of Madoff says that the details of the story appeal to the public for a number of reasons. “This is a Shakespearian story – a man who had such control, power and greed and he ruined people. It’s universal in that theme and ironic in terms of how many people were destroyed and how much the government looked the other way. [This story is still timely] because the lack of regulation in terms of investments is still in the zeitgeist.”

The writer of the mini-series, Ben Robbins, admits that telling Madoff’s story, particularly delving into the motivation behind the man was a bit difficult. “That was the knife’s edge of this story. I didn’t want to make him this sniveling villain but I also don’t think people want to walk away feeling warm and fuzzy about him. It was a constant see-saw because he’s so illusive. You just can’t quite grasp him. There’s something that never quite lands about Bernie which makes him fascinating as a character.”

Dreyfuss…admits, “I have friends who were victimized by Madoff. I know of people who are now cabdrivers because they lost everything.”

Dreyfuss explained why he feels he’s uniquely qualified to play Madoff saying, “We both grew up in Bayside [New York], so we’re from the same world. We were young ambitious kids and all of us wanted to make it in something. I am of his culture.” The actor also understands the other side of this story, admitting, “I have friends who were victimized by Madoff. I know of people who are now cabdrivers because they lost everything.”

Conceding that she can really only speculate about what Ruth knew or didn’t know, Danner offers, “You see glimmers of her questioning things and I think she sensed something might be off, but I really believe she didn’t know.”

Director Raymond de Felitta says that while the mini-series is about the financial aspect of the Madoff scandal, it’s really more focused on the Madoff family. “That’s what everyone identifies with. I’m a financial moron. I don’t understand and I don’t think people understand exactly all that happened, but what we do understand is trust within families.”

The trust that de Felitta refers to is actually the overall theme of the series – Madoff trusts some underlings to handle the illegal part of his empire and not others, he trusts himself and his conniving ways, and above all else, he convinces people to trust him with their money, often millions and millions of dollars of it.

In fact, all of this might best be highlighted as a cautionary tale about trust and the bandwagon mentality – if everyone else is doing it, it must be ok for me. Sure, there’s a lot to understand about money and financial markets, but if you have money, any amount of money, aren’t you going to really check out who’s handling that money?

That sounds so simple but what Madoff concocted was far from simple. His intricate operation included employees working fulltime to fabricate financial printouts and rig computer programs to placate any investor who questioned specific transactions.

But all technology aside, what the series points out very well is that it was usually Madoff himself who was the drawing card for investors. He was seen as a brilliant financial intellect, pretty much up until the moment that he wasn’t. As a viewer, it’s heartbreaking, knowing what’s coming, every time Madoff says to a client, “You don’t have to worry, I’ll take care of you.” This is a standard line he uses, with both the extremely wealth and the average Joe.

Along with the emotional aspect of the series, the tension in the narrative is continually high, which is often difficult to do with a saga in which the ending is already known. But, this is a story in which the conclusion is still so starling and the details still fairly obscure that viewers will be constantly wondering just exactly how Madoff was brought down.

To counter Madoff’s continued deception, the series shows that there were people who knew what was going on and desperately tried to stop him. Securities investigator Harry Markopolos, using not much more than good old-fashioned number crunching, figured out that there was no way that Madoff could be providing his clients with the returns he was claiming. The problem was no one would listen to Markopolos – for years. He approached the SEC about Madoff’s dealings almost a decade before Madoff’s massive scheme was finally uncovered. And, he tired more than once during that time to get regulators to listen to him, but no one would.

Watching Markopolos, as the singular person carrying this horrible information around with him, adds to the overall feeling of doom in the series. He knows this terrible thing is coming – someday – and he knows he’s right about it, but he also knows that in being right about this, when it does all go down, many. many people will be devastated. It’s a hard thing to digest, for Markopolos, and for the audience.

Also counter punching Madoff’s daily deception, the series looks to his own brother to ask the questions that the audience might be asking about ethics and faith. Peter Madoff, the firm’s Chief Compliance Officer, is portrayed as a tortured soul, quite the opposite of his brother Bernie’s self-assuredness.

When the final fall for Madoff does come on screen, it’s nice that there is follow up — and not just a quick snippet but rather a healthy dose of it. There is the family aftermath, which, while troubling, is nothing compared to a sequence that truly puts a human face on the real tragedy of all of it. After seeing this, it’s a bit hard to continue to care about what happens to the Madoff clan going forward.

It also begs the question about the real definition of justice in this case. Yes, Madoff will be incarcerated for the rest of his life, but he singularly destroyed other lives and futures. How does prison time really pay for that? Madoff will receive shelter, food and medical care, something that many of his clients are now not be able to afford. The irony of that is staggering.

(One does have to wonder if Mr. Madoff will be watching the television event that tells his story from prison!)

As a narrative TV drama, all of the elements of Madoff are on point – the cast is superb, the writing is excellent, as is the pacing, and look of the mini-series is first-rate as well. It’s absolutely worth it to spend four hours immersed in this story because it really is an American crime. It’s not a made up story, or the trajectory of one guy who may or may not have murdered two people, it’s about a man who shattered thousands of lives. This is truly an American tragedy. 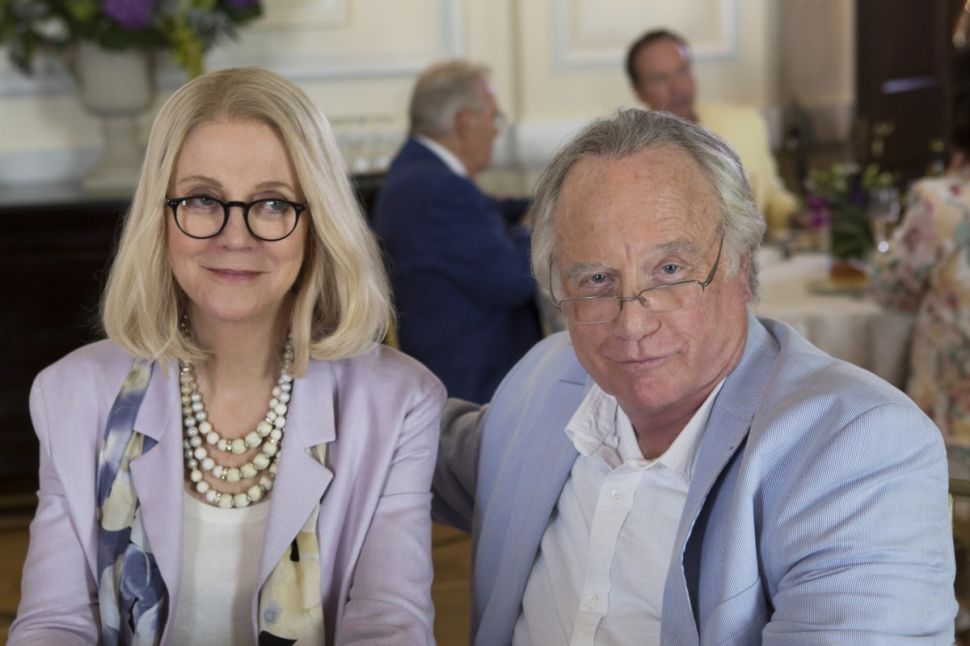