On a recent dark and stormy afternoon, as rain poured horizontally in the wind on to Manhattan, filmmaker Robert Eggers couldn’t stop smiling.

No, “giddy” isn’t the word you would expect to describe the writer and director of The Witch—arguably the most genuinely disturbing horror film in years—but here we are, and who can blame him? “I would have been giddy if this film played on four screens, honestly,” the Brooklyn-based filmmaker tells me, a week before his first feature film opens in more than 1,500 theaters nationwide.

Mr. Eggers, clad all in black with the beard to match, and I were sitting in the Chelsea offices of The Witch’s distributor A24, safe from the storm but not from the fatigue of, in Mr. Egger’s case, releasing a debut feature film. It hasn’t been an easy road to this point, either. The Witch is the story of a 17th-century family, banished to the New England countryside, dealing with something dark, something decidedly evil, coming from the adjacent woods. Mr. Eggers spent four years on fundraising and meticulous research on all things 17th-century New England, and the result is a horror film you don’t just watch. You smell it, hear it and feel it right under your skin days after the credits roll.

“It’s not enough for me to make sure the film is gloomy, or the light looks good,” said Mr. Eggers, a former costume and set designer. “I really have to be articulating every frame as if it’s my memory of my Puritan childhood; like what my dad smelled like in the corn field that day. I didn’t grow up in the 17th century, so I have to create a world where I believe that I did.”

Plenty of recent films—The Babadook, for one, or It Follows—have reignited an interest in slow-burn, subtle horror in the same vein as The Shining or Rosemary’s Baby. But the sheer scale of the response to The Witch has been surprising even to Mr. Eggers. For one, he’s tight-lipped on his feelings toward the Satanic Temple, which called the movie a “genuine Satanic experience” and even organized its own Witch screenings.

‘A lot of people in interviews will tell me [The Witch] is not a horror film, it’s a psychological suspense thriller with supernatural elements. And I’m like O.K., that’s cool. But then fucking Edgar Allan Poe isn’t horror, either.’

For another, he can’t fathom why in the rush to compliment The Witch’s technical aspects and intelligence, critics—even those of the non-Satanic variety—seem to forget that horror is meant to be, well, horrifying.

“Because modern horror is usually this masochistic titillation bullshit, a lot of people in interviews will tell me [The Witch] is not a horror film, it’s a psychological suspense thriller with supernatural elements,” he said, putting on a tone of faux-snobbery. “And I’m like, ‘O.K., that’s cool.’ But then fucking Edgar Allan Poe isn’t horror, either.

“What’s important to me about horror stories,” he continued, “is to look at what’s actually horrifying about humanity, instead of shining a flashlight on it and running away giggling.”

So at what aspect of humanity is Mr. Eggers looking with The Witch? It touches on a number of themes—from the oppressive nature of early modern Calvinism to the tenable fabric holding families together—but those don’t explain the skin-crawling feeling of unease you get from the opening credits until close. Why, even as I type this, am I still hearing the sound of footsteps on dry forest leaves?

For Mr. Eggers the answer is simple and has been from the early days of America up until that rainy day in Chelsea. As we build our cities, move away from the countryside, the most frightening things we can dream up will always be right there lurking in nature, in the areas where the trees grow so thick that, for all our technology, we can’t tell the wood from the witches’ hollow.

“The more and more we sit on our asses in an office, in this metal box, the more nature becomes this overwhelming thing. I think we know unconsciously that that—” he said, pointing a finger out at the storm, “that could eat us alive.” 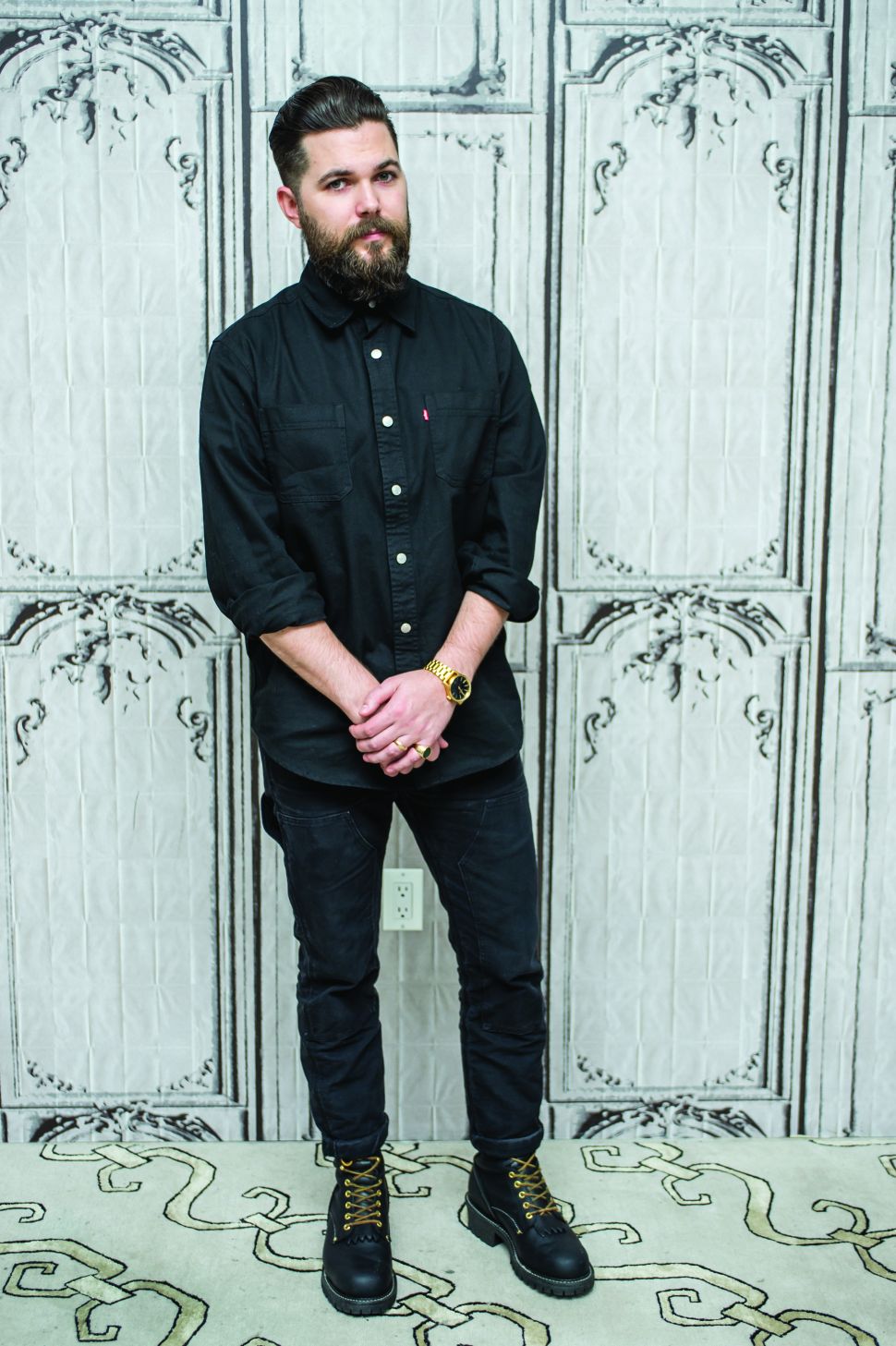 Filed Under: Entertainment, Movies, Movies, it follows, The Babadook, The Witch