Monday’s Iowa caucus had some unexpected results: Ted Cruz beat out Donald Trump for the top spot and Florida Senator Marco Rubio came in just under a tie with Trump for a strong third place finish. Rubio’s results  put him leaps and bounds ahead of his fellow establishment Republican candidates. Jeb Bush and John Kasich barely registered. Governor Chris Christie finished near the back of the pack in tenth.

For one of the co-chair’s of Rubio’s New Jersey leadership team, Fernando Alonso, the third place finish where Rubio was able to amass 23 percent support was a big win as the candidate prepares to move on to the February 9 New Hampshire primary.

“The Iowa results really show the type of Republican people will gravitate to,” Alonso said. “And he is really inspirational. I always say he is Reaganesque.”

For Alonso, Rubio’s unexpectedly high finish on Monday demonstrates that voters are catching on to the senator’s “electability” when compared to others in the Republican field and against possible Democratic nominees Hillary Clinton and Bernie Sanders.

“The fact of the matter is that the people are looking at this about who they will vote for if they want to win against Hillary Clinton or Bernie Sanders. They are starting to see that Rubio is a tremendous candidate who reaches across all kinds of voting blocks,” said Alonso of the 44-year-old senator. “I think he will be able to reach more of the younger generation than any of the guys in the Republican Party or the Democrats for that matter.”

Because Cruz finished ahead of seemingly unstoppable Trump, he may be shaping up to be the anti-establishment counterpart to Rubio if that momentum continues. That possibility, albeit an unsure one due to Trump’s still-strong base and the outcome in New Hampshire still unknown, would lead up to an all-Latino primary since both Cruz and Rubio are Cuban-American. For immigration attorney Alonso, however, Cruz will lose that Hispanic base to Rubio.

“Cruz has got a problem,” Alonso said. “He is not going to do well across the Hispanic community. He doesn’t speak Spanish, so he is going to have a problem communicating. The real big problem is his extremely harsh stance on immigration. He tries to paint Rubio as this guy for amnesty but, when you really pay attention to what Rubio is saying, it is that you can’t get rid of 12 million people the way Trump wants to do it, but if you give them a path to legalization we can find out who is here once we secure the borders.”

Jose Arango is the Hudson County Republican chairman who, like Cruz and Rubio, is Cuban. He is a staunch Christie ally.

“Last night was a Cuban night,” Arango said. “This is the real America. You come from another country and two of your children are running for president. That is what America is about, it is a land of opportunity. Seeing Ted Cruz there and seeing Marco Rubio there is an inspiration to all the Republicans who believe in the America Dream.”

While Arango said he feels proud that Rubio and Cruz have been able to make it so far in the race, he said it is far too early to count out Governor Chris Christie. Christie has focused his attention on New Hampshire leading up to primary season so, despite his tenth place finish in Iowa, Arango said that he still has a chance.

“Governor Christie is well prepared in New Hampshire,” Arango said. “He is not going to look like he did in Iowa. New Hampshire was the key place. You can never judge New Hampshire on Iowa, it is two different ballgames.”

For Arango, Governor Christie mirroring Rubio’s Iowa success and finishing a strong third in New Hampshire is “extremely important” for his campaign.

Like Arango, Dworkin said that due to the unpredictability of New Hampshire, it is probably too early to tell of Governor Christie’s campaign will succeed there in the way he is predicting.

“Governor Christie has put huge resources into New Hampshire,” Dworkin said. “It is clearly a state where he should do well. What is important for Christie is being on that upper tier of candidates so he can have the momentum heading into South Carolina and Nevada.”

If Christie is unable to do well, Dworkin said is it likely that Rubio will use that Iowa finish to name himself the establishment’s pick.

“The biggest winner in Iowa was Rubio,” Dworkin said. “The Rubio forces are going to make the case that he is the clear establishment candidate, even if they don’t want to admit it because establishment is a dirty word.”

No matter which establishment candidate comes out on top, Dworkin said they will still have to face a daunting prospect. They will “still have to beat Trump and Cruz,” he said. 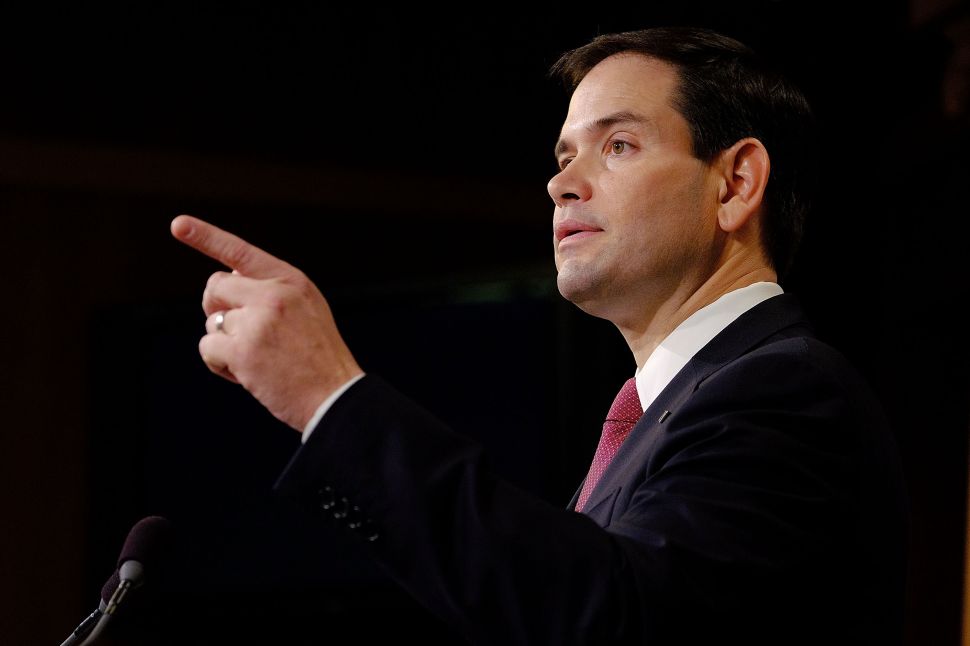