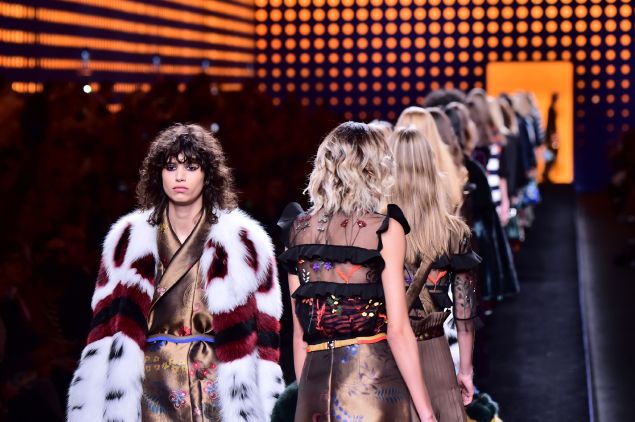 The scene at Fendi couldn’t be marred by a few fur protesters. Instead, the brand’s Fall/Winter 2016 collection, which bowed earlier today in Milan, was full of pops of color and a heavy infusion of kitsch that has sold so well for the luxury house across all continents. 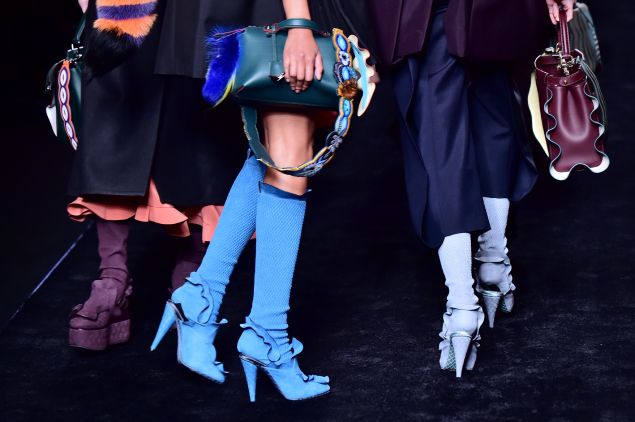 Kendall Jenner was selected to open the show. The reality star turned top model tactfully sported the standout accessories for the season: a striped fur bolero and a ruffle embellished bag. However, it was her shoes that will no doubt become the biggest cash cow of the collection. She was sporting thigh-high powder blue boots with yet another ruffle detail. The rest of her catwalk colleagues were outfitted in the ruffles in every form too. 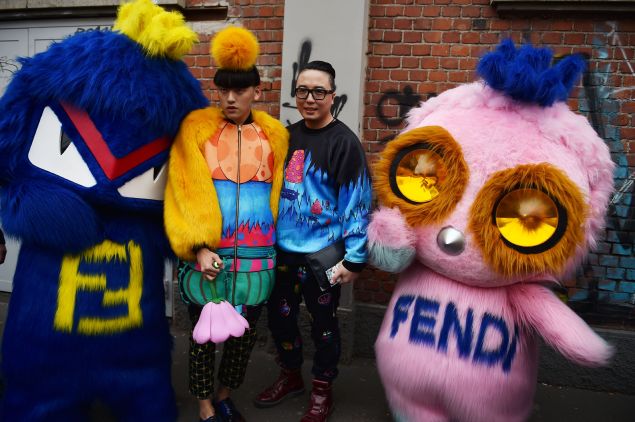 This season, Silvia Venturini Fendi was inspired by the brand’s recent store opening in Ginza, Japan, and the regions obsession with kitschy characters. Thus, she and creative director Karl Lagerfeld decided to create two Fendirumi characters: a pink Piro-chan and a blue Bug-kun. The two furry Fendi monsters sat front row at the show, outshining the likes of Anna Dello Russo and Mia Moretti. Following the show, miniature bag charm versions of the characters both went up for pre-sale online. They can be yours now for just $1,500, but expect them to sell out fast. Only 80 were made. 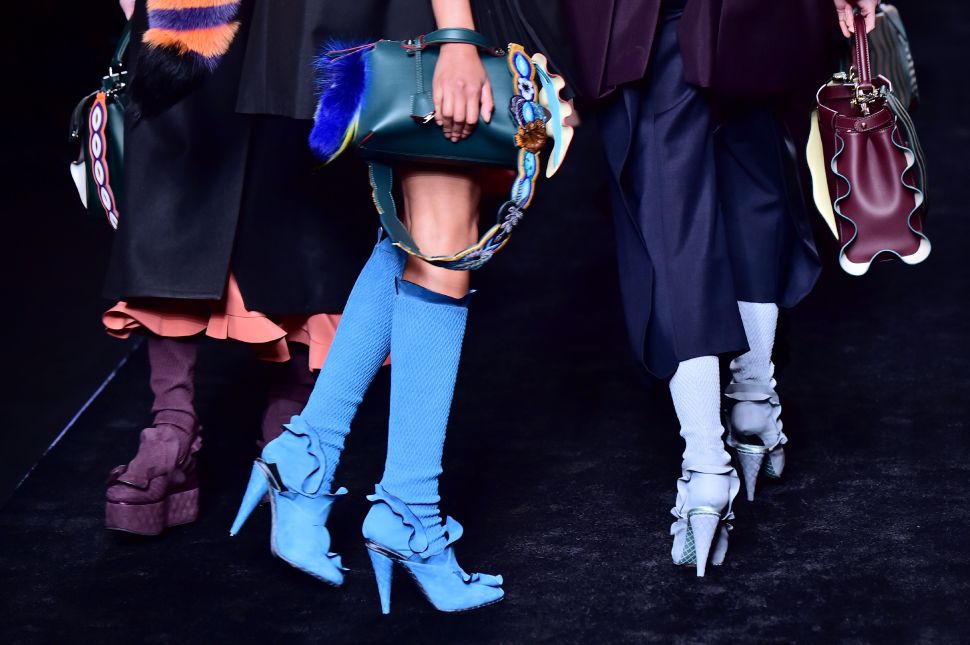