In the bitter quarrel with Turkey over the latest alleged violation of the Turkish airspace by the Russian Sukhoi SU-34 frontline bomber, Russia sees no role for NATO to play.

On the contrary, Turkish Prime-Minister Ahmet Davutoglu instructed his country’ s Foreign Ministry to demand from Russia to give the explanations over the alleged incident straight to the NATO secretary general, Russia’s RIA News agency reported.

Russia’s diplomats have been strongly denying the latest accusation by Turkey and its partners, the Russian Ministry for Defense called it the “unsubstantiated propaganda” made by “ignorant propagandists watching Hollywood blockbusters.”

“There were no violations of Turkish airspace by planes of the Russian air group in the Syrian Arab Republic,” the Ministry’s spokesman Maj. Gen. Igor Konashenkov said last week. “[Even if there were], none of the [Turkish] radars are able to establish the type and the nationality of the aircraft—whether Russian or of the U.S.-led so-called anti-ISIS coalition.”

Turkey, the U.S. and NATO insisted that the violation of Turkey’s airspace indeed took place on Jan. 29. The U.S. State Department’s Assistant Secretary and spokesperson John Kirby called it “not accusation” but a “simple fact.”

Not for the first time, the U.S. stood strongly by its ally Turkey. “We are aware of reports and can confirm that yesterday another Russian combat aircraft violated Turkish—and NATO—airspace,” the Pentagon spokesman Mark Wright said in a written statement on the next day after the incident.

“On the 29th of January, another Russian combat airplane violated Turkish—and NATO—airspace,” the State Department’s John Kirby said, echoing word for word his colleague from the Pentagon.

Mr. Kirby declined the offer to provide any proof of the Turkey airspace violation by Russian bomber. “It’s not our responsibility to provide proof to the Russians for something they did wrong,” he said to the RT reporter.

“Russia must take all necessary measures to ensure that such violations do not happen again,” Mr. Stoltenberg said. “[NATO] stands in solidarity” with Turkey, its member.

Russia’ s blunt reaction on this cognate NATO and U.S. statements sheds light on Russia’ s perspective on the “NATO airspace” question—probably with far-reaching implications around the world.

“It’s strange to hear the reports that address us to go to the [NATO] alliance [to clear the situation over the alleged violation] because such a notion as ‘NATO airspace’ does not exist,” said Andrei Kelin, head of the department of European cooperation of the Russian Foreign Ministry to RIA News agency.

“What does exist is the sovereign airspace of each country separately. [Just] last fall the Turkish representatives were saying that this [alleged violation of the Turkish airspace by the Russian jet-fighter that was shot down by Turkey] was not NATO’s issue but the issue exclusively of the bilateral relations. … I see no reason for this role [to negotiate the settlement of the current conflict] to be taken on by NATO.”

The Russian public holds Mr. Stoltenberg in low regard for his clumsy and unprofessional response to the mass slaughter of children by Anders Breivik in 2011 in Norway when 77 people were killed and more than 150 wounded. At the time of Breivik’s terrorist attacks Mr. Stoltenberg served as Norway’ s prime minister.

Since employing its cutting-edge S-400 air-defense systems in Syria, Russia has taken full control over Syrian airspace (and a big chunk of Turkish airspace, too), becoming a master-in-chief of the Syrian skies and longing for a chance to avenge herself for the Russian plane shot down by Turkey and the Russian pilot killed by pro-Turkey insurgents last November.

For now, when the Russia-backed Syrian army fights Assad’s enemies less than 20 miles from the Turkish border, Russia made it clear that when she has a chance, she is not going to allow Turkey to hide behind NATO. The dangerous escalation has a chance soon to make it known if there really is such a thing as “NATO airspace” after all. 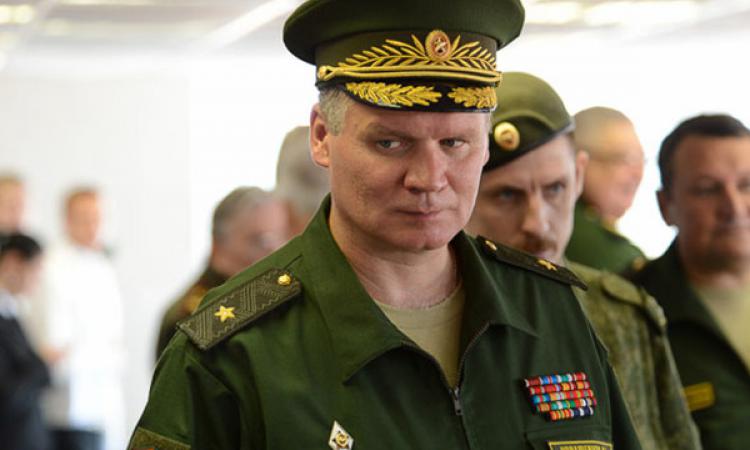