If the Metropolitan Opera were one of the more advanced European theaters, last Friday night’s new production of Manon Lescaut might actually have made some kind of perverse sense. Director Richard Eyre’s decision to perform the Puccini tearjerker on a set resembling the old Pennsylvania Station could be taken as an allegory on the impending retirement of the Met’s music director, James Levine. Just as the 1963 demolition of Penn Station was mourned as the end of a golden era in Manhattan, so might the ouster of the legendary maestro from the Met be understood as…

Oh, who am I kidding? Mr. Eyre’s production held no such deep meaning, or any meaning at all that I could see: it was just another in a series of ugly, gargantuan stagings signaling the Met’s endemic lack of imagination or artistic ambition. (Meanwhile, the saga of the arguably incapacitated Mr. Levine’s departure continues to distract the Met’s artistic management from its mission of preventing debacles like this Lescaut.)

The opera, based on a 1731 novel by Abbé Prévost, tells of the fascination of a young nobleman, Des Grieux, for the beautiful but fickle country girl Manon. Addicted to luxury, she constantly betrays him. Finally, they flee to the New World, where she dies in his arms.

The action of the story is not utterly dependent upon its time, but Mr. Eyre’s choice of an era for his staging of this opera seemed utterly random: Nazi-occupied Paris during World War II.

The “Penn Station” set, three stories of Beaux-Arts filigree and vertiginous OSHA-defiant staircases, made some sense for the first scene of the opera, located in a train station where the lovers first meet. But the same towering structure returned to represent a dressing room in Manon’s Paris apartment—what such a place must cost to heat in the winter!—then an apparently landlocked prison ship and finally, deconstructed into rubble, to stand in for the wilderness outside New Orleans where the deported Manon meets her demise.

Wait…New Orleans? This is the first I’ve heard that the Nazis built concentration camps in the Big Easy, and that’s not the only important detail in the story for which Mr. Eyre failed to create a plausible correspondence.

The singers, both excellent actors in other productions, here seemed ill at ease, looking not like impassioned lovers but rather a couple of middle-aged celebrities pacing listlessly around an airport lounge.

In the second act, for example, Manon is supposed to be holding what in the 18th century was called a levée, during which a noble lady would take meetings and do her luxury shopping from the comfort of her boudoir. Of course, that custom was long dead by the 1940s, so Mr. Eyre tried to make us believe that a starlet Manon, egged on by her sugar daddy Geronte, would put on an impromptu nightclub act—in her bedroom!—for an audience of Nazi bigwigs. The result was like something from a bad Joan Crawford movie.

That gigantic amphitheater of a set seemed to dwarf the performers both visually and acoustically. Roberto Alagna—who gallantly agreed to learn the long and strenuous role of Des Grieux in barely two weeks when the originally scheduled singer Jonas Kaufmann called in sick—spent the whole first act shoved into the extreme left side of the stage from which his bright tenor failed to project. His most famous aria, “Donna non vidi mai,” was over almost before the audience realized it had begun, and received only a patter of applause.

Similar sonic issues plagued both him and the Manon, Kristine Opolais, in the second act love duet, in which Puccini’s passionate vocal lines vanished behind orchestral fortissimos whipped up by conductor Fabio Luisi. The singers, both excellent actors in other productions, here seemed ill at ease, looking not like impassioned lovers but rather a couple of middle-aged celebrities pacing listlessly around an airport lounge.

Both sang better in the third act deportation scene, though it was hard to notice with all the flailing and stomping from extras hamming it up as a gaggle of detained whores. (I swear the stripper Tessie Tura from Gypsy was among them.) Finally, in Louisiana or Poland or the Planet of the Apes or wherever it was the last act took place, Mr. Alagna and Ms. Opolais came into their own, soaring through Puccini’s passionate lines and sobbing with moving desperation.

Once past a couple of rhythmic bobbles in the first minutes of the opera, Mr. Alagna’s lyric tenor sounded bright and muscular, if not exactly youthful. As a first attempt at one of the most demanding roles in opera this was never less than honorable, and, at its best, as in the third act outcry “No! pazzo son,” it could have been a triumph…if Mr. Eyre’s wrestling drag queens hadn’t distracted so.

In contrast, Ms. Opolais never quite got into the groove. Her voice, naturally lean in the midrange, sounded tired and chalky most of the night, with only the highest notes landing with impact. Finally, in Manon’s aria “Sola, perduta, abbandonata” her soprano evoked a wrenching sense of lost innocence. Too bad it took three hours for her to get there.

As a gala evening this was a resounding dud; even the audience’s boos for the production team sounded half-hearted. One could almost feel nostalgic for such classic Met catastrophes as the 2009 opening night of La Sonnambula, when the response to director Mary Zimmerman’s curtain call sounded more appropriate to a wrestling arena than an opera house.

That evening remains so pungent in opera lovers’ memories that the choicest bon mot overheard at the intermission of the Juilliard School’s performance of Sonnambula Thursday night was simply, “What a pleasure to hear this music without the Zimmerman staging!” To be fair, though, that concert, a joint project between Juilliard Opera and the Metropolitan Opera’s Lindemann Young Artist Development Program, offered more positive pleasures as well.

Chief among these delights was the singing of the young Serbian bass Sava Vemic as the mysterious Count Rodolfo, an outpouring of lavish dark tone that seemed to set the Peter Jay Sharp Theater vibrating sympathetically. His performance could serve as a definition of “bel canto”: free, honest and unforced vocalism allied to sensitive, elegant musical taste. After Mr. Vemic’s major solo, the nostalgic aria “Vi ravviso,” the audience caught its breath before erupting in cheers and bravos so loud I thought Mr. Vemic would have to grant an encore just to get the performance going again.

Once the music restarted, the experience was a little less rapturous. In the title role of the sleepwalking maiden Amina, Hyesang Park offered a radiant if rather faceless light soprano, and tenor Kang Wang threw some exciting decibels at the delicate music of Amina’s jealous boyfriend Elvino. But they and the rest of the ensemble, including conductor Speranza Scappucci, won most of their points for precision rather than for style.

The Lindemann program, a brainchild of Mr. Levine’s, has helped develop a generation of talented young American singers. Now it might be just the sort of transitional activity the maestro would find fulfilling as he inevitably relinquishes control of the Met.

As for that Manon Lescaut production, though, the best-case scenario is that someone will tear it down and build a new Madison Square Garden atop the ruins. 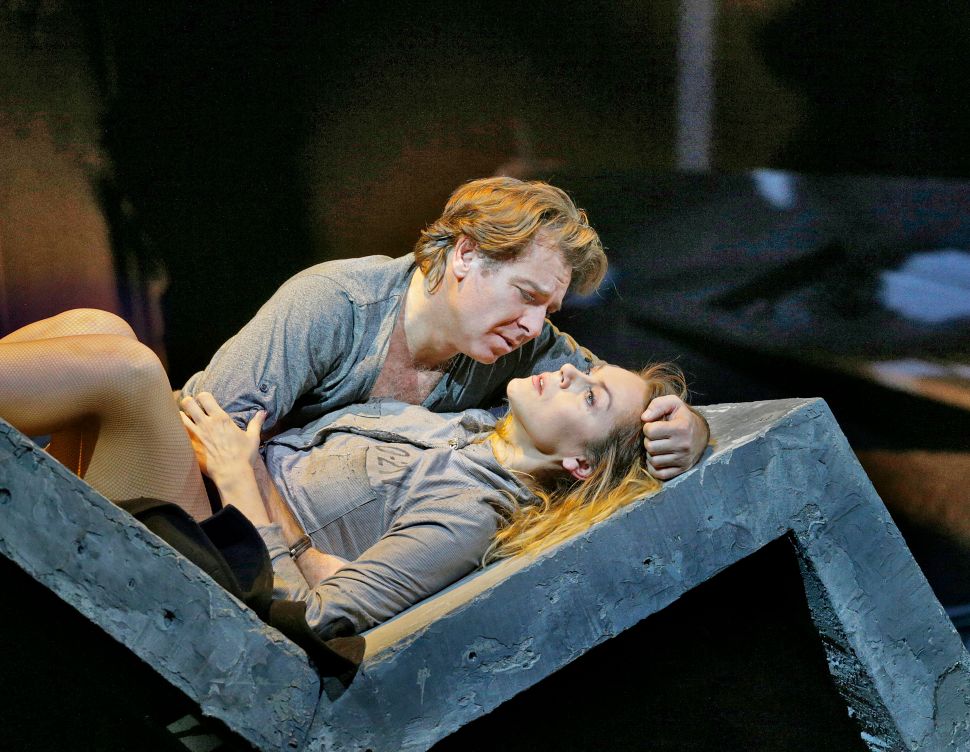