In the world of Serial, the phrase “it was only a matter of time,” like time itself, loses all meaning. We spent months waiting for host Sarah Koenig to reveal the supposedly atrocious behavior that turned Bowe Bergdahl against his commanding officers, finally getting to this vital information in the season’s sixth episode. When we learned that this behavior essentially came down to the use of harsh language, the picture that emerged of Bergdahl—a well-intentioned but narcissistic doofus, disappointed that his attempts to become G.I. Joe ended in boredom and dress-code violations—appeared impossible to miss.

Of course, it took another two weeks for Koenig to get there. But in “Hindsight, Part I,” one of this week’s two new episodes (the second debuts tomorrow, because god knows what this story needs is more airtime), get there she does, at long last. Interviewing a host of Bergdahl’s old friends and army colleagues alike, she assembles a damning portrait of a deluded wannabe hero, even if she never quite puts the pieces together into their final shape.

Over the episode’s relatively short running time of 38 minutes, Koenig presents a litany of first-hand testimony to Bergdahl’s unique psychology. She begins with the many, many soldiers who highly doubt his retrospective rationale for running away from his post, arguing he had years to cook up this flattering story. Some proffer an alternate theory: According to them, Bergdahl sometimes wondered aloud about faking his death, going AWOL, running off to Pakistan, making his way to India, joining the Russian mafia, working his way to the top as a mercenary and hitman, killing the boss, and taking over. Hey, he’s nothing if not ambitious! In the end the story is even less credible and logistically possible than Bergdahl’s version, but it speaks to his overwhelming desire to be seen as a great warrior, a self-made ubermensch.

If this version of Bergdahl is a bit on the Bane side, interviews with earlier acquaintances paint him as more of a Batman type. Growing up isolated and homeschooled on a remote farm, Bergdahl eventually fell in with a slightly artsy crowd clustered around on a performing arts center and teahouse in a nearby town. There he learned how to fence, became famous among his circle for testing his own mettle (seeing how long he could go without speaking, punching trees and rocks to strengthen his hands), and began amassing makeshift weapons to protect his little clique in the event of…god knows what. His friends describe him as a young man obsessed with the concept of virtue and determined to arrive at his own definition rather than follow someone else’s. What he came up with—basically, you can only be a good person if you’re doing everything in your power to solve any problem in the world that you can observe—could be considered crippling in its impossibility to implement…if your goal really was to ameliorate every problem you encounter. If your goal is to be seen as the kind of man who does that, by both yourself and others, then the course is a bit clearer. For Bergdahl, who friends say wanted to be seen as “a silent protector” of the innocent, it was plain as day.

So began his journey into military misadventure. First he flew to France in an attempt to join the Foreign Legion. This didn’t work out. Then he enlisted in the Coast Guard, at the urging of a pacifist friend who steered him in this direction rather than one of the branches of the armed forces engaged in active hostilities since his service would consist almost solely of rescuing people. Bergdahl still managed to burn out in a matter of weeks, reduced to a bloody, fetal-position panic attack by—you guessed it—harsh treatment from his superiors. But when he enlisted in the Army at the height of the late Bush-era surges in Iraq and Afghanistan, the military was willing to take all comers, including people who’d been discharged from other branches for psychological problems. (A note from a psychiatrist who examined him after his Coast Guard flameout insisting Bergdahl receive evaluation and approval from a medical professional before reenlisting seems to have fallen through the cracks.) Thus the stage was set for Bergdahl to once again feel aggrieved that his commanders failed to appreciate his innate nobility, and for his zeal to prove his heroism to the world to cause his most colossal crack-up yet.

All in all, it’s a convincing and revealing examination of who this guy is, one that puts paid to many of my worries from last week, when Koenig announced we had to go back into his past to understand him and I thought “actually, I think we can understand him pretty much fine already, thanks.” Why this needs to be a two-parter, with another episode expanding on the same themes slated for tomorrow, is the kind of question only a show as wedded to its longform verbosity as Serial can answer—one week at a time for months, most likely. My main question now is this: Having set all this information in place, will Koenig and company render a verdict on their subject, or shrug and wander away from their post? 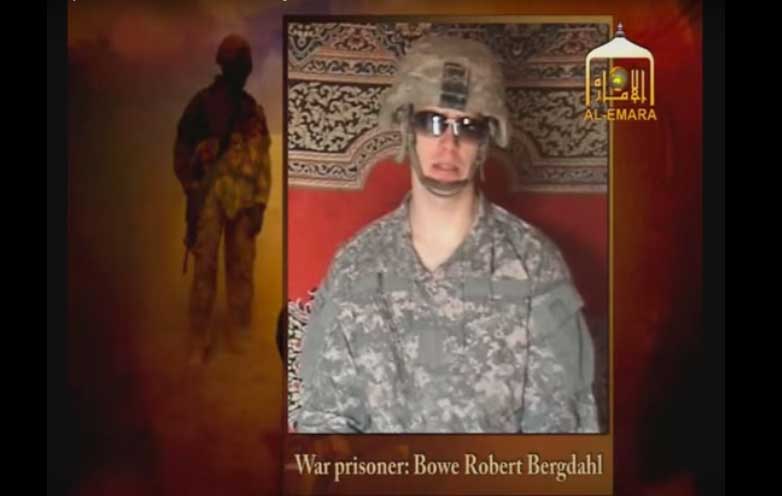