If there’s one thing you can count on Serial to do, it’s accrue information. That’s Sarah Koenig’s repertorial specialty, far more than sorting it in a useful and cohesive fashion. And in this week’s unusual back-to-back installments of her podcast’s second season, she piles up more info about the life and beliefs of Bowe Bergdahl than you could fit in a Best Buy phonebooth. (If one ever really existed….) In keeping with yesterday’s installment—and fitting a pattern established throughout the season, though Koenig never seemed clear about it herself—“Hindsight, Part 2,” today’s episode, is not flattering to its subject. Sgt. Bergdahl’s heart likely was in the right place when he walked off his base and into the arms of the Taliban. His mind, on the other hand, is an entirely different story.

And this time, we’re not just counting on fellow soldiers and childhood friends to explain just how ill-suited Bowe and his delusions of heroic grandeur were to army life—we’ve got the man himself. In an interview with screenwriter Mark Boal, Bergdahl describes himself as “lost in the fantasy” of being a soldier—not the modern-day kind, the only variety actually on offer, but a mythologized hybrid of soldiers from World War II, the 1800s, the era of the samurai, and the completely fictional world of kung-fu flicks. Bergdahl’s conception of the soldier’s life was entirely based around outmoded, if not outright invented, ideas of valor and honor. Bowe realizes his viewpoint was not realistic, but sticks with it nonetheless, insisting that the conditions he found unacceptable “shouldn’t be acceptable to anyone.” And since he believes in the bushido code, he doesn’t take any of the more readily traveled roads available to him, from speaking with an embedded reporter (not soldierly enough) to contacting any one of the dozens of officers at the forward operating base he was at days before he wandered off (not heroic enough). Reality had disappointed him, and the ideas he’d generate to reclaim his fantasy would be invariably grandiose—and doomed to failure.

What better writer to give voice to this childlike view than the philosopher queen of take-my-ball-and-go-home right-wing extremism, Ayn Rand? Bergdahl’s friends groan to Koenig as they recall a group email he sent out just prior to his departure, titled “Who Is John Galt?” and cribbing extensively from the Objectivist ur-text Atlas Shrugged, demanding that institutions shape themselves around men of worth, not the other way around. A copy of the novel winds up arriving at his old friend Kim’s house, along with his valuables, days after his disappearance. It’s a shame, in a way, that Bergdahl didn’t go into politics, where Objectivism is often a ticket to the august ranks of the United States Senate and a subsequent failed mid-tier presidential primary campaign. Instead, he went into the Army and “went Galt” when the system failed him, demanding it all grind to a halt in his service. The results were entirely predictable.

As Koenig’s investigation continues she manages to secure a semi-diagnosis of schizotypal personality disorder for Bergdahl. Its sufferers are eccentrics, paranoiacs, given to personalizing external events and drawing outlandish conclusions from them. This fits Bergdahl, who got chewed out for not shaving and decided this meant his commanding officer was going to have his entire company murdered, to a tee.

The weird thing is how Koenig and Boal react to the diagnosis. Koenig, fixated as always on her personal belief in her subject’s guilt or innocence, sees it primarily as a vindication of Bergdahl’s explanation for running away—he really was trying, however misguidedly, to call attention to abuses, however illusory, and not attempting to defect or desert. Boal shrugs the diagnosis off as irrelevant to what he already had come to believe about Bergdahl’s mindset; his main worry is with Koenig, whom he tells that the diagnosis might “make take him less seriously as an American soldier with opinions.” Well…yeah. Shouldn’t it? Isn’t that the kind of thing personality disorders of this sort tend to affect?

Bowe Bergdahl notwithstanding, the core issues here—that the Army is not a terribly humane institution, that Bergdahl’s superiors weren’t mean (one fellow soldier alleges that a superior responded to his warnings about Bergdahl’s mental state by telling him to fuck off), that the ongoing war in Afghanistan is an awful idea—are not in dispute. Our opinions on these matters don’t rise or fall with Bergdahl’s; as thinking people we’ve hopefully come to conclusions on them already. Bergdahl is indeed “an American soldier with opinions,” but the idea that his awful experience makes them worth taking seriously, asserted by Boal, has been undermined by everything he and Koenig have laid out about the case so far. 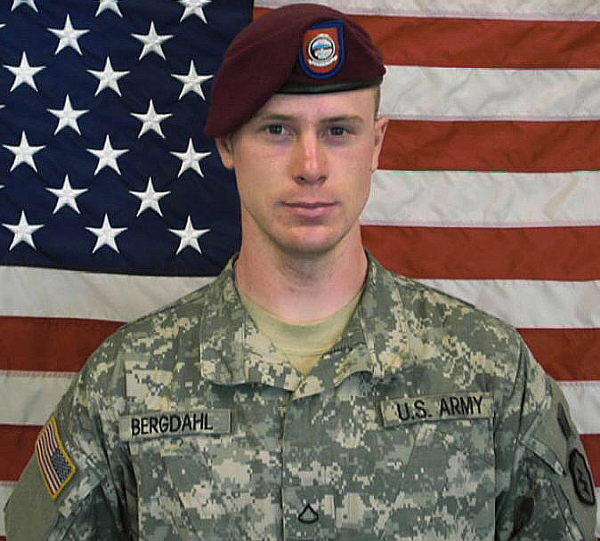