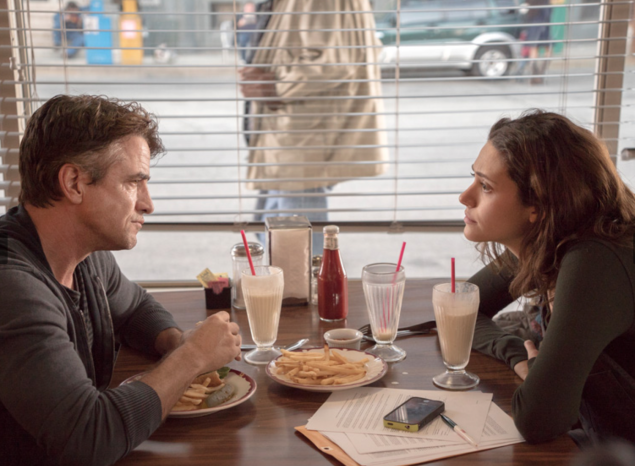 Guys, I have a confession: Carl may be my new favorite character on Shameless. This week’s episode wasn’t exclusively Carl-centric but we did get quite a bit of time with the second youngest Gallagher. Let’s dive in.

The episode opens with Carl and Nick staying at a hotel since the Gallgher eviction. Carl is getting his life hitting on cheerleaders while Nick is still mourning the theft of his bike. The boys end up buying a car despite the fact that neither one of them have a license.

Debbie is still staying with the cancer mom, Erica, while Frank crashes on the floor every night. After an intoxicated Erica sleeps in the same bed as Debbie, Frank is convinced that the way to stay in the family’s life is through Debbie sleeping with Erica. I wanted to talk about how gross it is that Frank is trying to pimp out his teenage daughter, but I really can’t be surprised by Frank anymore. I do, however, feel that William H. Macy deserves better than this.

A still pregnant Fiona sneaks back to casa Gallagher to steal the door marked with each Gallagher’s height as they’ve grown up. While there, she runs into the new buyer and inspector. The house is an absolute shit-show with asbestos, termites, bad pipes etc. and will cost $150k to repair. A glimmer of hope for Fiona when the new buyer seems less than thrilled.

Frank takes Erica to the doctor and finds out that she’s in remission. Yay for Erica! Ruh roh for Debbie and Frank! He pushes Debbie even harder to get intimate with Erica; treating the entire Alibi to his speech on how to please a woman.

Lip has to attend a disciplinary hearing about his relationship with Helene. He panics and tries to get Amanda to rescind releasing the picture, which, let’s be real, isn’t a thing. She leaves campus after the “femi-nazis” accuse her of trying to sabotage a successful woman over her own internalized misogyny. Lip seeks out help from Professor Youins who tells him that life is only about two things: learning and coping. “Find something worth learning and cope with it”. Not really a solution to Lip’s immediate dilemma but something worth thinking about nonetheless.

Debbie gets an ultrasound with Frank in tow and is far enough along now to find out the sex of the baby. Erica offers to throw her a gender reveal party. This prompts Debbie and Fiona to finally talk but it doesn’t really end well. Fiona still won’t support Debs and Debs refuses to get rid of the baby.

Fiona finds out she can get the house back as long as she still has the down payment, loan, and a form signed by Gus, the man she is still very much legally married to. Gus gives Fiona the run-around and makes her wait for him at the Alibi for three hours before not even bothering to show up.

At the hearing, Lip is as honest as possible while Helene is as brief as possible. She takes responsibility for her actions and offers a written statement on the situation and says she is already prepared to take a leave of absence. She tells the committee that she is no longer in contact with Lip and that their relationship is 100% over. This devastates Lip and he chases her out of the hearing. She tells him to never contact her, her husband or her son.

On the way to the gender reveal party, Carl, Nick, and Debbie spot the kid who stole Nick’s bike. Nick chases him down in the car before being convinced by Carl to not pursue it. Things start to unravel at the party when Erica finds out she’s in remission and Nick uses the distraction the leave the house. Carl chases him down and finds him at the little boy’s house. Screams can be heard from the house and Carl sees a bloody hammer next to Nick. In this moment we realize, despite all the bravado, and money, and showboating, Carl is still very much a child. Devastated, he runs away from the scene and watches the cops take Nick into custody.

Carl shows up on Sean’s doorstep looking for Fiona, who is at the diner waiting for Gus…but more on that later. In the span of minutes, Carl looks like he’s gone from an over-eager thirteen year old to a five year old who just needs a hug from his sister-mother. Sean asks if Carl needs help and Carl asks if he can stay the night and Sean lets him…albeit reluctantly.

Gus finally shows up to the diner where Fiona is waiting with a notary. She tells him she’ll get his grandma’s ring back to him the next day due to it being in a safe deposit box. Isn’t that a lie? She pawned it, right? Yikes. The ever salty Gus refuses to sign the papers, instead choosing to dump coffee over them instead. I get that Gus 100% has the right to still be angry but how long is this really going to go on for? He’s now messing with not only Fiona’s livelihood, but all of the Gallagher children’s livelihood as well. Enough is enough. Go back to writing your revenge songs and let Fiona live, Gus.

Fiona comes home and completely breaks down in Sean’s arms. Everything she has been holding in comes pouring out of her. Carl watches this all happen and we then see him digging in the middle of a field. He rolls up to the diner the next day and hands Fiona a duffel bag. “Buy back the house”. The bag is filled with stacks of money.

Other things that happened in this episode:
-Ian went out on a real date with the fireman and found out that he has no clue how to actually date because all of his past relationships have been sex based. The fireman is patient with him though and the two share a tender moment in the fireman’s art gallery. However, I feel like this is all leading to Mickey getting an early release from prision and Ian having to make a choice between the hot fireman and the felon.

-Sammy’s mom, Queenie, comes from out of the woodwork to take care of Chuckie. She and Frank reconnect with a dirty, albeit passionate makeout. I already care about her more than Sammy and Chuckie combined.

-V and Kevin are still trying to figure out how to make the Alibi a success without the hipsters. Kevin starts a promotion where anyone who comes into the bar with an unemployment stub, eviction notice, or utility shut off bill gets a discount. It’s a success but now that the bar has all the restrictions, the hipsters want in again. They agree to let four hipsters an hour as long as they pay a $25 cover. Genius.

-Fiona got the long awaited abortion and she responded to it the way I would respond to waiting in line at the Verizon store. Annoyed and hungry. All she could talk about afterwards was wanting to get a milkshake with Sean. Perhaps we’re supposed to wonder if this will come back to haunt her or if the writers are making a commentary on a woman’s right to choose. Fiona got the abortion because she knew she wasn’t ready for this baby and that was that. Does it need to be some grand, heartbreaking decision or can we just believe that Fiona made a choice that was right for her and there’s no reason to dwell on it? I’m hoping it’s the latter. 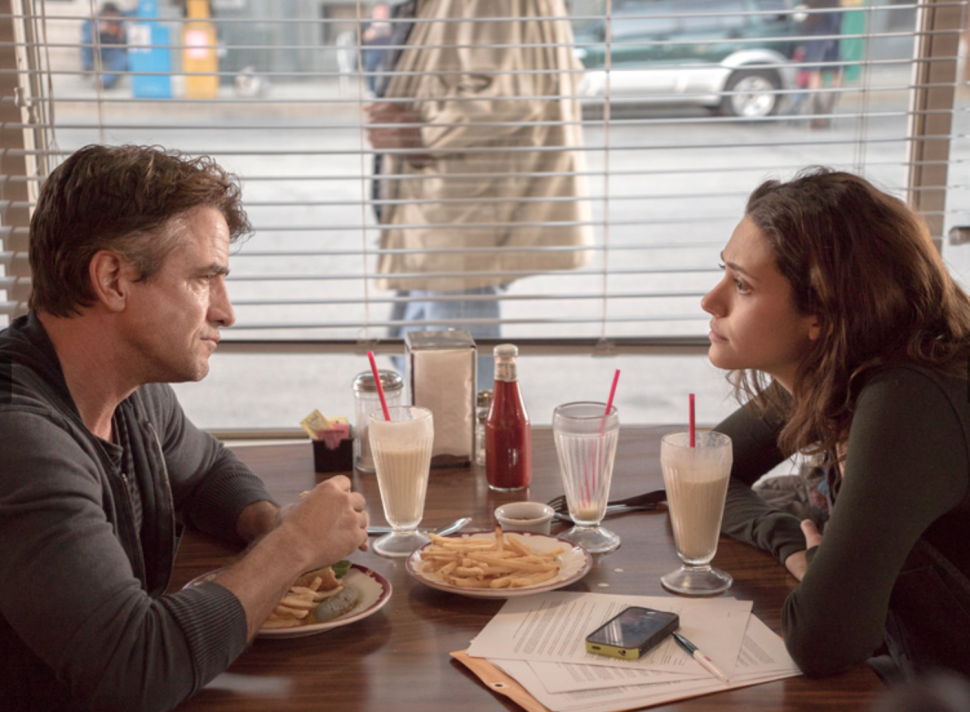