Hulu’s new Stephen King x James Franco x JFK collab dropped on Monday, and people seem to dig 11.26.63, despite its rather cumbersome name. (It’s 2016, we shouldn’t have to work this hard for a hashtag.)

And an interesting easter egg?

15 minutes into #112263onhulu and a character tells James Franco "before I tell you I need you to go into the closet." 👀

And now, a moment to appreciate James Franco’s facial expressions.

shame on you #hbo #vinyl This piece of garbage is not worthy of Lifetime. Think the CBGB or Sid and Nancy movies were bad? Prepare to Vomit!

Regardless, people seemed prepared to give Bobby Cannavale and his show another shot – if only because of all the hype.

Took 2 Episodes but it looks like Vinyl is here to stay on the DVR. Should have never doubted the combination of Scorsese an Mcjagger #Vinyl

Not Kurt Loder, though. The former MTV VJ is decidedly not a fan.

At least it was short. Although not short enough… #vinyl

Why has this show already been renewed for S2? Why? Why?

A gripe we can relate to…

The sound on #vinylhbo goes from mumbling to screaming so much my volume button is getting worn out.

Touche. Or should we say, TOUCHE!

There is one highlight, however! Surprisingly, people love the record exec character played by Ray Romano.

I'm not sure if this was the intention, but Ray Romano is the most exciting thing about VINYL.

I can't believe I like Ray Ramono on a show. #Vinyl

I think @HBO should promote the show #Vinyl with tshirts that say "sex, drugs and #RayRomano"

But hey… at least the show’s got people talking. “And all talk is good talk.” – Someone on Vinyl, probably.

We were finally graced with the fifth season premiere of Girls on Sunday, and the episode immediately boasted the most Instagrammable title sequence ever.

Yes, there are things to talk about, like Marnie’s so-very-Marnie Wedding…

Marnie: Okay, well, let’s just talk about the aesthetic of the wedding. Makeup artist: Okay. Marnie: We’re thinking “Laurel Canyon classic”. So, does that mean anything to you? Makeup artist: Like a Selena Gomez kind of thing? Marnie: Nope. Let me try that one more time. Let’s do like a Ralph Lauren and Joni Mitchell – artistic, but also with a nod to my cultural heritage, which is white, Christian woman. My fiancé and I? Both musicians. Makeup artist: Okay. So Jesus. Selena Gomez meets Jesus. I can do it! #hahaha!!! #wedding #hbogirls #girlshbo #hilarious #funny #allisonwilliams #lenadunham

And how weird it is to see Kylo Ren in a suit and tie.

And finally, Broad City’s back for it’s third season! All hail Broad City.

Does anyone not love this show? It’s like John Waters once said… if you go home with someone and they don’t have Broad City DVR’d, don’t awkwardly try to peg them. 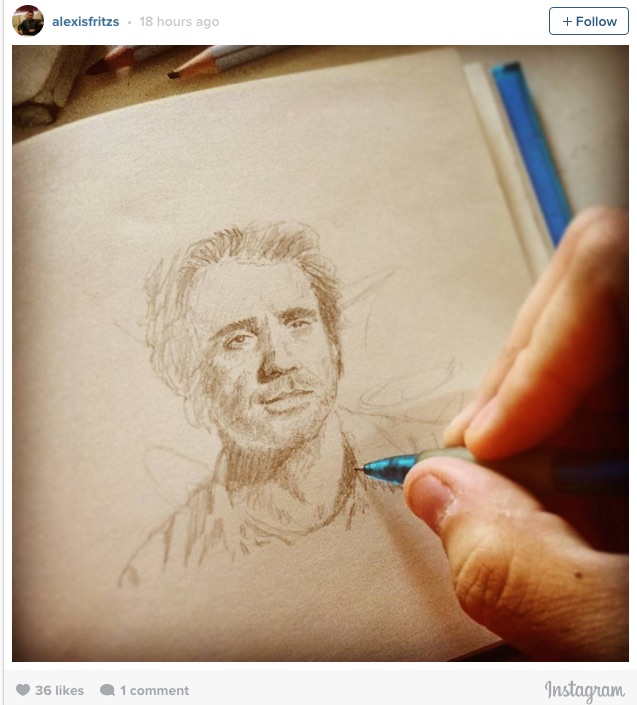