Solange, Beyoncé’s incredibly chic younger sister, has had a busy couple of weeks. She’s been challenging the patriarchy on Twitter, wearing Jeremy Scott’s technicolor dream coat and celebrating Mardi Gras in her adopted hometown of New Orleans. While both sisters have ties to the city, Solange has adopted it as her own.

To celebrate New Orleans and its culture, she participated in the unofficial kick-off of Mardi Gras, by riding in the Krewe of Muses parade as the Queen. While she rode in a float and handed out beaded necklaces to revelers, she accidentally threw her wedding ring into the crowd, along with plastic beads.

Aaaaaand it begins!!!! #turnupmardigras Thanks to one of my oldest and most lovely friends @itsjeremyscott for making me feel like a real Mardi Gras Queen in @moschino 💚💙 So honored to be your Queen of Muses #kreweofmuses !!! We about to be turnt in that glitter shoe !!! See you soon Nola!

The Krewe of Muses is an all-women parade famous for throwing out decorated vintage heels covered in glitter, gem stones and feathers. Catching a shoe is a coup, but a diamond ring from Solange would make for a far better story. Win Butler from Arcade Fire was also spotted along the parade route, so it’s entirely possible he’ll return the bauble.

The ring was designed by Solange and family friend Lorraine Schwartz. The exact reward has yet to be announced, but the unique ring could easily be identified if someone tried to pretend it was their own. While Mardi Gras throws can be fabulous, a diamond ring is the best one yet. 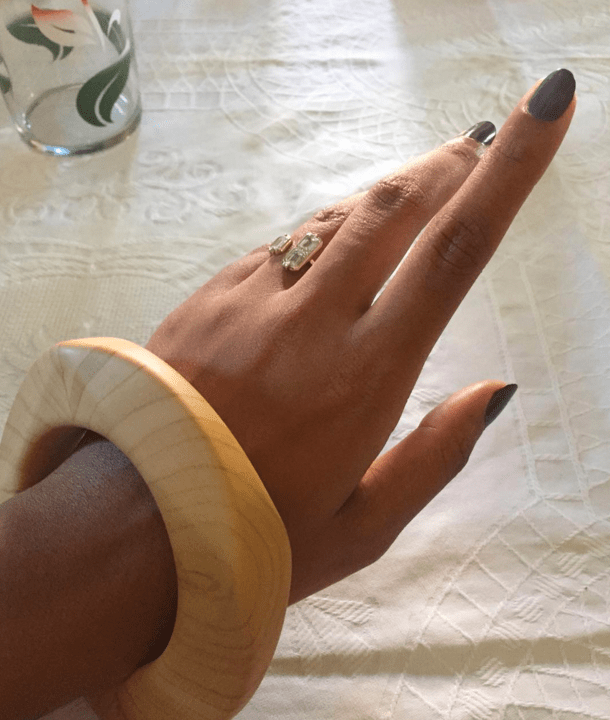