Last night during an MSNBC town hall, Donald Trump declined to say which side deserves blame in the violent clashes between the Israelis and Palestinians. The Republican front-runner for the presidency said he would remain “neutral.”

Unlike his past comments on just about any topic, which are often far more explosive, Mr. Trump was measured—but it was this restraint that landed him in hot with Orthodox Jews who typically see the Republican Party as an unflinching ally of Israel.

“Trump’s comments make it clear he doesn’t know or understand the ongoing Arab-Islamic war against Israel,” said Mort Klein, the president of the Zionist Organization of America. “He continues to prove his knowledge is minimal at best, distorted at worst. He’s willing to make false statements without checking the facts.”

Chaskel Bennett, an Orthodox Jewish activist and board member with the conservative Agudath Israel of America, tweeted that Mr. Trump “who has an opinion on everything, won’t say whose fault for lack of peace” between Israel and Palestine.

After a voter at the town hall asked Mr. Trump, a billionaire real estate developer, what steps he would take “to establish an agreement between both sides,” he replied that it was the “toughest agreement of any kind to make.”

“It has been going on for many years; many friends of mine have been involved; they’re very good businessmen, good negotiators,” Mr. Trump said. “A lot of people say an agreement can’t be made, which is okay, sometimes agreements can’t be made, not good. But you have both sides really, but you have one side in particular growing up and learning that these are the worst people, these are the worst people, etc., etc.”

Later, he was pressed on who was at fault. Republicans, and even many Democrats, would typically blame uncooperative Palestinians or offer another defense of Israel. Mr. Trump didn’t.

“For a guy who gets lot of credit for being very blunt and very, you know, doesn’t mince words, his position on Israel leaves me confused. He says he’s a great friend but he talks about being neutral?” Mr. Hikind, an Orthodox Jew who has endorsed Republicans for president before, asked. “He basically blamed Israel.”

“That is just absolutely wrong, wrong, wrong,” he added. “People are being stabbed there on a daily basis and he’s neutral? He can’t be neutral. What the hell does that mean?”

Mr. Trump does have a long record of defending Israel’s interests. He is against President Barack Obama’s Iran nuclear agreement, which is reviled by Israel’s government and Orthodox Jews. He has lavished praise on Israeli Prime Minister Benjamin Netanyahu and received awards from many Jewish groups in the past.

At the same time, he has been willing to deviate from the rhetoric of a typical Republican presidential candidate, especially compared to the likes of Sen. Marco Rubio of Florida and Sen. Ted Cruz of Texas. Michael Fragin, a Republican consultant with the firm the S4 Group, said Mr. Trump was being “hopelessly naive.”

“It’s hard to know whether this is ignorance or his typical off the cuff remarks,” Mr. Fragin, who is not supporting any candidate yet, said. “In the past he has been staunchly pro-Israel and talked about his good friend Bibi. For some reason, he responds differently depending how he wakes up in the morning.”

Mr. Trump’s campaign did not return a request for comment. 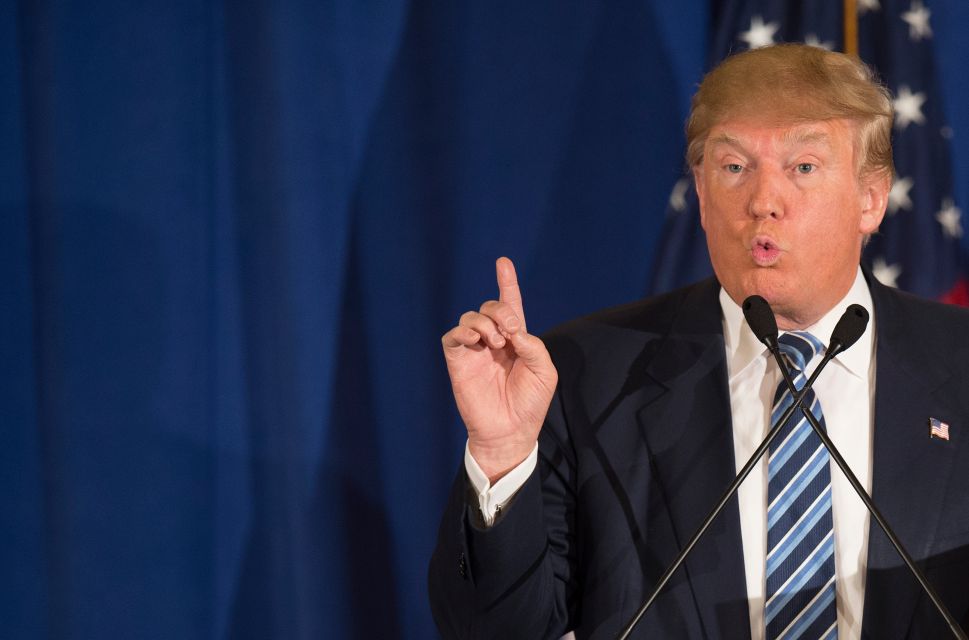