Hillary Clinton’s lethargic victory speech in Iowa was upstaged by her audience. Peter Clinkscales, now better known as “Sticker Kid,” stole the show after covering his face in stickers and gesturing over Ms. Clinton’s shoulder during the entire speech. “I saw that a presidential candidate was going to be at my university and I thought that I should go see that presidential candidate at my university,” Mr. Clinkscales told Mashable. The Drake University student with an ‘undecided’ major seemingly represents a generation of young voters indifferent to Ms. Clinton.

Some pro-Clinton media rags like as Mediaite went so far as to suggest the student was planted by the Sanders campaign—because the probability of millennials supporting Ms. Clinton is even less likely than Ms. Clinton winning six consecutive coin tosses in a row. At the Iowa Caucuses, 84 percent of Democratic voters under the age of 30 supported Bernie Sanders, and in a USA Today poll, Mr. Sanders outmatched Ms. Clinton 50 percent to 31 percent with female Democratic and Independent voters ages 18 to 34. Among all voters 18 to 35, Mr. Sanders is favored 46 percent to Ms. Clinton’s 35 percent. This divide in demographics among Sanders and Clinton supporters is attributed to Ms. Clinton’s lack of ingenuity: She is the establishment choice, a celebrity as much as a politician, and is out of touch with the ideals of progressive youth on issues such as privacy, fracking, Wall Street reform, campaign finance and student debt.

During the CNN Democratic Forum on January 26, an audience member asked Ms. Clinton, “It feels like there are a lot of young people out there, like myself, who are very passionate supporters of Bernie Sanders. And I just don’t see the same enthusiasm among younger people for you. In fact, I’ve heard that quite a few people my age think you’re dishonest—but I’d like to hear from you, why you feel the enthusiasm isn’t there?” Refuting his claim, Ms. Clinton patronized the young man for his age and citied that some young do support her.

All Ms. Clinton offers is an extension of the status quo while, problems like the burden of student debt and the increasing costs of higher education persist unabated, or the risky behavior of Wall Street remains unregulated as she pockets large campaign contributions and speaker fees from some of the biggest financial banks and firms.

Ms. Clinton’s emphasis of her qualifications to be president, her “pragmatic” approach and her criticism that Mr. Sanders’ proposals are ‘unrealistic’ tell young people they should settle, and the extent of their primary concerns are pipe dreams. Ms. Clinton’s campaign tells young people change happens incrementally, that they should fear Republicans taking the White House more than a moderate Democrat with corporate ties, because America’s political system is so corrupt and the political parties are so polarized, it is hopeless to aspire to fix it. Ms. Clinton’s propaganda makes it seem like Mr. Sanders’ supporters consist solely of gullible, impressionable youth hung up on poetic ideals.

“I will tell you something that no other candidate for president will tell you,” Mr. Sanders said at a campaign rally in Iowa City on January 30. “It’s not a pleasant truth, but it is the truth and it is important you hear it. Given the realities of political and economic life today, no president, not Bernie Sanders or anybody else, can do what has to be done in this country for the middle class and working families alone.” That is hardly an unrealistic ideal. Mr. Sanders is calling for people to get involved with the political processes and to push out the special interests undermining American Democracy.

Ms. Clinton’s claim to usher in important progressive changes without that same involvement is unrealistic. Calling her support base a grassroots campaign—despite the fact she has received nearly $50 million from super PACs, according to the New York Times—is shocking. And to assume all women would support Ms. Clinton because she is a woman, as actress and Bernie-Bro Susan Sarandon pointed out recently, is sad:

“I don’t vote with my vagina… It’s so insulting to women to think that [we] would follow a candidate just because she’s a woman.”

All of the compromises Ms. Clinton’s campaign feeds to the media are impractical to an unwavering degree, and for voters to believe otherwise is to be duped by a candidate with strong financial and establishment support—not because she exemplifies what is best for our country. 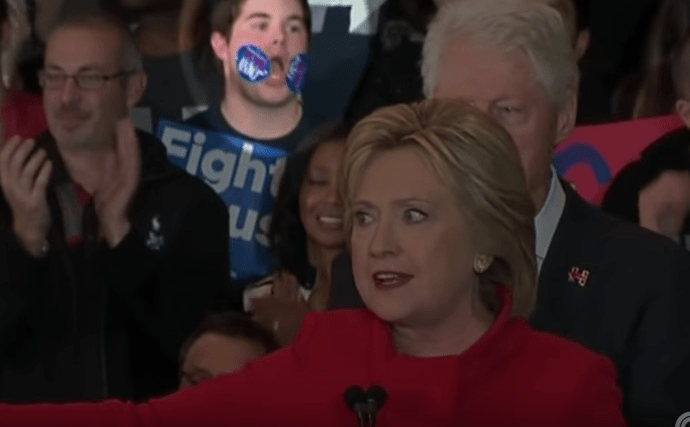