As the Nevada Democratic caucus on Saturday comes closer, Bernie Sanders is surging, Team Clinton is panicked and the contest will be much closer than pundits expected.

For the last six months the national Democratic party establishment, which is virtually united in its support for Ms. Clinton, made four major mistakes in writing off the chances for Mr. Sanders in Nevada.

First, Nevada was one of the hardest-hit states during the financial crash caused by the corruptions of the rigged financial system Mr. Sanders is challenging and battling to dramatically reform. With Nevada recovering from the crash more slowly than many states, and with continuing concern about the state of the national economy, the Sanders message of populism and change is more powerful in Nevada than the political and financial insiders of the establishment understand.

The reason Mr. Sanders won the New Hampshire primary by a landslide of more than 20 percent is that he broadened his support—from young people and true blue liberals—to include working class blue collar white voters and enough women to enable Mr. Sanders to win a majority of all female voters in the primary.

Second, the establishment pundits have always assumed Ms. Clinton would ultimately receive the near-unanimous support of black and Hispanic voters. While the Clintons have earned much goodwill from minority communities, many minority voters are too young to remember most of the good works of the Clintons, and as voters have come to learn more about the progressive populist history and platform of Mr. Sanders, and his good works over many years, his support across all communities has risen.

One of the most interesting questions that will be answered in the coming weeks, beginning with the Nevada caucus and South Carolina primary, will be the number of young black and Hispanic voters who turn to Mr. Sanders in the same way most young white voters have supported him in Iowa and New Hampshire. My guess is this number will be larger than most insider establishment pundits expect.

Third, while Mr. Sanders has campaigned throughout Nevada for his positive agenda to create a political revolution that will make the American economy less rigged and more fair, Ms. Clinton has become a largely negative candidate with nonstop 24/7 attacks against Mr. Sanders that harden the low favorability and high distrust ratings plaguing her candidacy.

When Ms. Clinton falsely tells Nevadans that Mr. Sanders is a one-issue candidate, she is bearing false witness in a way voters understand. Mr. Sanders has talked at length and in depth about free public college education, a truly universal health care system, major reform of the criminal justice system, far-reaching Wall Street reform, and cleaning up our democracy from the corruptions of dirty money among other things in his litany of changes he promises with authenticity and passion to bring. Does this sound like one issue to you?

Ms. Clinton has virtually stopped trying to offer her visions and dreams for America and has resorted to little more than condemning the dreams and plans of Mr. Sanders—a mistake I have been warning the Clinton campaign against for many months, and a mistake that caused her great damage with New Hampshire voters.

Fourth, as the Clinton campaign has become alarmed about the Nevada surge of Mr. Sanders, its campaign spinners have begun to disparage the Nevada caucus itself—a major blunder that is beginning to cause a substantial backlash from Nevada voters and even from prominent members of the Nevada establishment.

Until recently, Clinton officials have bragged that she had a huge lead over Mr. Sanders in the state and suggested that the reason is that Nevada is a far more diverse state than Iowa or New Hampshire.

Now that Team Clinton is panicking about the surge for Mr. Sanders, her campaign spinners have begun saying Nevada is an 80 percent white state, which is the exact opposite of what they have been saying for many months and is insulting to all Nevada voters.

Nevada Senator and Senate Democratic leader Harry Reid has long championed the Nevada caucus with the argument—which is entirely correct—that Nevada is a very diverse state. For Clinton campaign officials to suddenly reverse course and say the exact opposite, in an apparent attempt to preemptively spin a disappointing caucus result for her, is anathema to all Nevada Democrats regardless of their age, race or faction.

As the Nevada Democratic caucus comes closer the result is now highly unpredictable. There is no question the Sanders campaign is surging and the Clinton campaign is nervous.  The huge Nevada landslide for Ms. Clinton that was once widely assumed is now highly unlikely to happen. Ms. Clinton must still be called the favorite, but the Sanders magic is now on the march in Nevada and a stunning Sanders upset may not be likely but is certainly now possible. 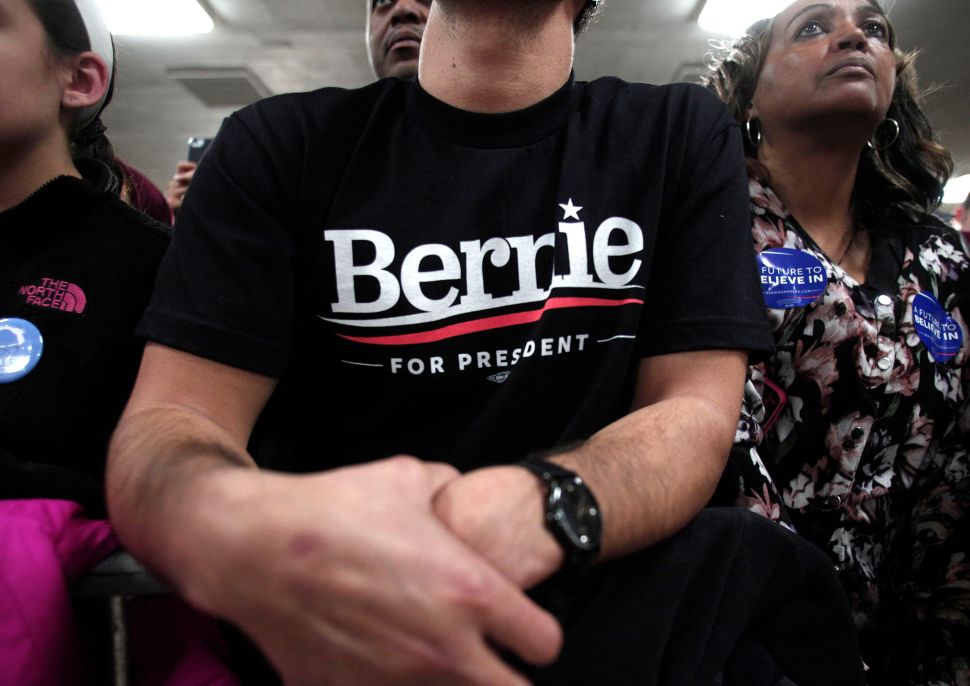