If any one clash of personalities has dominated 2016 so far, it has been the unending and unenlightening shouting match between Republican Atlantic City mayor Don Guardian and Senate President Steve Sweeney (D-3). NJTV’s Michael Aron touched on the feud between Guardian and the Senate President in his remarks at the New Jersey Chamber’s congressional dinner Thursday, calling the fits and starts of the takeover negotiations New Jersey’s latest “pissing match du jour.”

More of a gift to the press corps than a true confrontation on policy, both men are wringing what political gain there is to be had out of a desperate situation. As Atlantic City faces running out of cash as early as next week, the caustic exchanges between have done little to bring about a compromise — however little bargaining power the city may have against the state, Guardian and Sweeney are more beholden to their constituencies than to each other and there is no sign that either will back down unless a third way emerges.

Assembly Majority Leader Lou Greenwald (D-6) gave a sign this week that he will keep the feud from boiling over into a hasty, heavy-handed piece of legislation. Going against Sweeney, Greenwald said that he may not post the bill at all if local officials are not on board. Greenwald’s seeming distaste for state house theatrics from the Sweeney-allied rank and file lead him to call the North Jersey casino standoff with Assembly Speaker Vince Prieto (D-32) early, rather than let the Senate President’s carefully orchestrated mob of South Jersey teamsters heighten the tension.

The negotiations have been turbulent, with Sweeney making surprise appearances in Atlantic City to negotiate with Guardian and the Democratically controlled city council. The rhetoric cooled briefly when Governor Chris Christie lent his support to the takeover effort, but ramped up again once Sweeney’s revised and rebranded “partnership” bill still gave the state Local Finance Board sweeping powers to renegotiate or terminate collective bargaining agreements.

While Sweeney spoke of “Atlantic City fatigue” in Trenton in the early days of the takeover effort and took pains to depict the city as a model of irresponsible spending and sloppy governance, Guardian and the city council dug in their heels.

“When the taxpayers of the state are going to be expected to bail them out, at some point they need to do the dramatic thing,” Sweeney said in January. “It is like your house is in foreclosure and you have all these assets but you don’t want to give one up so you go to your uncle and say give me more. It doesn’t work.”

While Sweeney has deemed it the better part of wisdom to dial down his aggression ever since Christie spoke up, Guardian has nothing to lose at this point and seems poised to keep the bile flowing to the very end.

“The final piece of legislation that the state presented to us was far from a partnership,” said Guardian Monday. “It was much worse. It was absolutely a fascist dictatorship.

“It breaks every constitutional amendment,” he continued. “It strips the residents of Atlantic City of their civil rights. And it absolutely is an abomination in destroying the collective bargaining agreements.”

The ability to end those agreements is the crux of the takeover bill, and will be the sticking point as Sweeney weighs the benefit of making making additional cuts against the cost of jeopardizing his union bona fides. The state already has broad powers to renegotiate agreements in the city and the takeover bill would create early retirement programs before initiating layoffs, but Sweeney needs to tread carefully.

Sweeney is still recovering from his cooperation with Christie on pension reform in 2011, while Guardian can already point to deep cuts his administration has made to the public workforce when he mounts his reelection campaign in 2017. If Sweeney’s plan to mandate quarterly pension payments with a constitutional amendment fails, union job losses in A.C. could haunt his expected gubernatorial bid.

A relative outlier in his own party, Guardian is avowedly ““to the far right of the Republican Party on fiscal matters and on the liberal side of the Democratic Party on social issues,” as he told the Bergen Record last year. Between ideological differences and the long-standing conflict between the city and Republican-dominated Atlantic County on rescue funding, Guardian finds himself fighting an impossible battle to reverse the city’s decline without a coalition of his own.

The Republican governors of the surrounding counties have largely lined up behind Assemblyman Chris Brown (R-2) and Republican County Executive Dennis Levinson in opposing the takeover in favor of a bankruptcy, much like Guardian. But the takeover bill’s accompanying payment in lieu of taxes deal marks where they part ways and Guardian stands alone.

Formerly the centerpiece of a rescue package that Christie abruptly vetoed before announcing his support for the takeover, the language of the PILOT bill from Senator Jim Whelan (D-2) leaves the county’s share of those revenues unspecified. Guardian has been an advocate of the PILOT plan, which will be the most important bargaining chip as the county considers taking over the city’s Municipal Utilies Authority in exchange for the 13.5% of gaming revenue they have agitated for.

Levinson told PolitickerNJ that unless the county sees an additional cash incentive, the county will stay out of any future deal to take over the police department. Then, Guardian could have nowhere to cut but down past the bone.

While Guardian faces becoming an island unto himself, Sweeney’s deep ties to the South Jersey troika of labor, development and the Norcross franchise leave him outgunned. With his longstanding relationships with George Norcross III and New Brunswick private-public developer Devco, Sweeney has capital to burn if the fight drags on. The newly formed A.C. Device now has contracts to develop the site of the shuttered Revel casino and whole stretches of the boardwalk inlet.

But both of them will have to contend with the fact that Atlantic City’s problems stem not from spending, but from bonded debt. Neither Guardian nor Sweeney have any say in whether the Borgata Casino & Spa collects on the $170 million it is owed from the city because of a successful property tax appeal. Even a bankruptcy filed by the city, approved by Sweeney’s Senate and adjudicated in court may keep Borgata’s pound of flesh on the books. 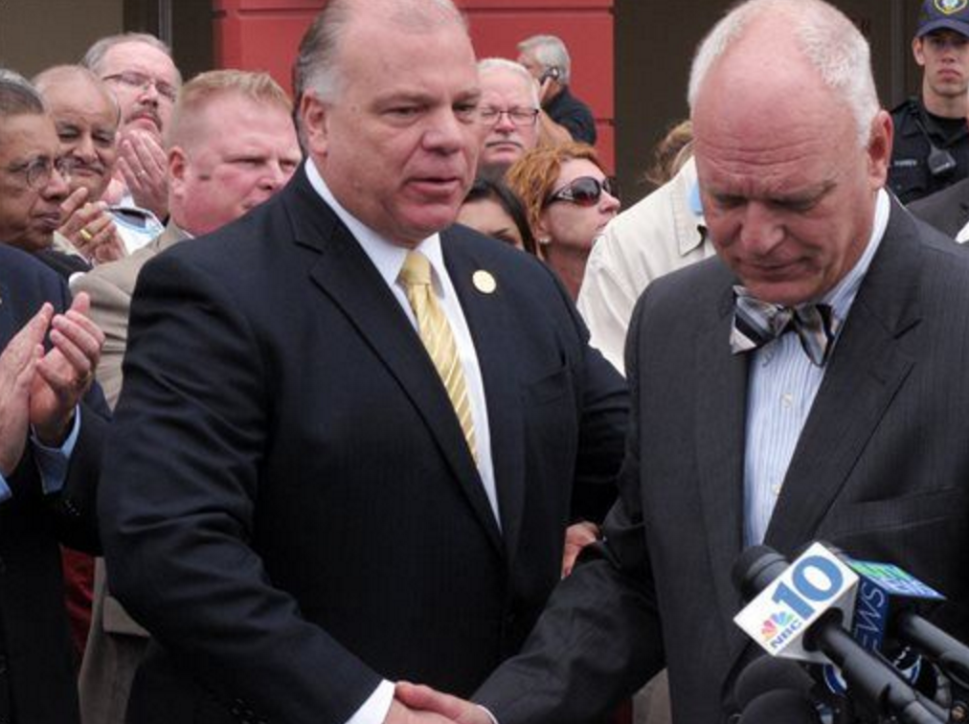