WASHINGTON, D.C. – Senate President Steve Sweeney (D-3) awaited the invasion of the Marriott by New Jersey Democrats, standing like a mammoth, unmoved bullfighter amid the whirling Pamplona-like surge of his fellow Garden Staters, who poured in off the chamber train, up the Metro escalators, and took the bar here hostage.

“We had a great conversation,” the senate president told PolitickerNJ in reference to his backroom minimum wage talks with labor yesterday at the Statehouse.

“The speaker and I wanted to get everyone rowing in the same direction,” he said. “We don’t want three or four organizations duplicating one another.”

A source on the chamber train complained that Sweeney’s putting something up – a phased in $15 minimum wage by 2021 – that Governor Chris Christie will never sign.

But Sweeney defended the effort.

“I want to get it passed,” he said. “Christie will veto the legislation? We will give him the chance to do the right thing. We really feel people in the state of New Jersey support raising people out of poverty. We’re going to push it.” 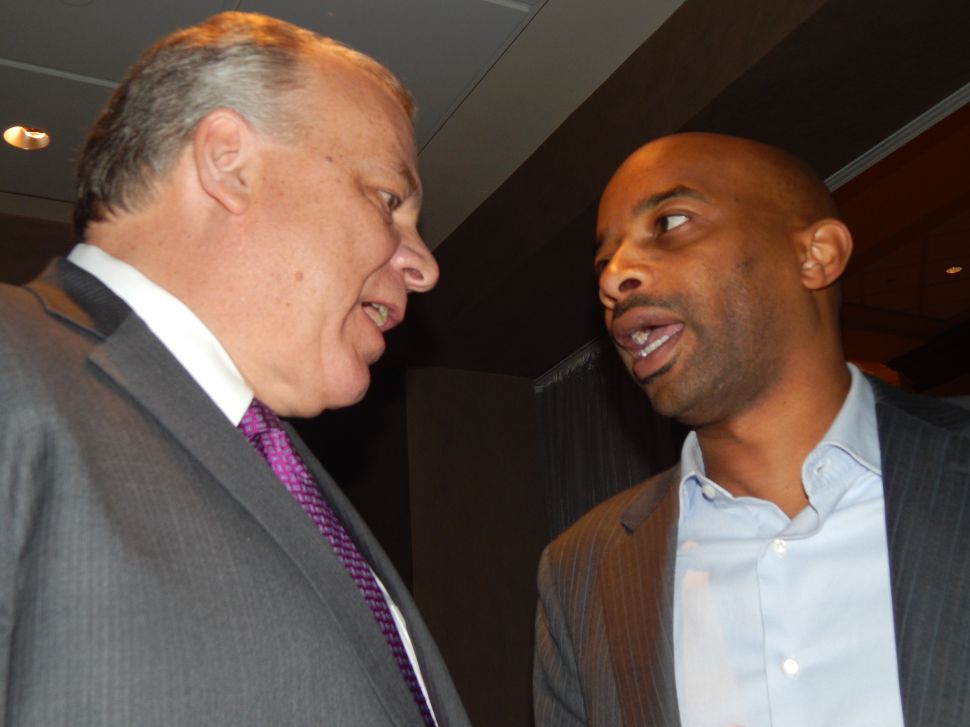