With an impressive 170,000-plus turnout, a 50,000 increase from 2012, Sen. Ted Cruz of Texas decisively beat the GOP’s national front-runner, real estate mogul Donald Trump, in the Iowa caucuses, with 92 percent of precincts reporting.

The freshman senator defeated the celebrity billionaire 27.6 percent to 24.3 percent, leading him by nearly 6,000 votes.

The past month of the campaign saw the contest between Mr. Trump and Mr. Cruz turn bitter as they struggled over the same core group of immigration opponents, evangelical Christians and Tea Party voters. The praises they had previously exchanged vanished, as the Manhattan developer suggested (almost certainly spuriously) that the senator’s birth to an American mother in Canada made him ineligible for the presidency.

Mr. Cruz struck back by highlighting Mr. Trump’s history of left-leaning views and donations to Democrats, and even accused him of representing liberal “New York Values,” a line that seemed to backfire at the January 14 debate when Mr. Trump invoked 9/11 in response.

On the ground, Mr. Cruz ran a strong and extensive get-out-the-vote push, which the developer-turned-TV star had little of. In his victory speech, Mr. Cruz thanked his volunteers, and seemed to allude to the powerful ground campaign that propelled President Barack Obama to victory in the Hawkeye State in 2008.

“Courageous conservatives said, ‘yes we can!'” he told cheering supporters, recalling Mr. Obama’s old campaign slogan even as he attacked his policies. “I want to remind you of the promise of scripture: ‘weeping may endure for a night, but joy cometh in the morning!'”

“Tonight, Iowa has proclaimed to the world, morning is coming!'” he continued

Then, days before the caucus, the mercurial Mr. Trump announced he would not participate in the January 29 debate, and instead hosted a benefit for veterans nearby. It was a gamble, but appearing at the event would have meant facing moderator Megyn Kelly and his opponents, who had shown up his shallow grasp of key issues in earlier forums.

Mr. Trump congratulated Mr. Cruz on his success, and looked ahead to New Hampshire, where polls show him with a commanding lead—but one that his loss tonight may deflate.

“We’re leaving tonight and tomorrow afternoon we’ll be in New Hampshire. I think we’re going to be proclaiming victory,” he said. “I hope.”

Florida Sen. Marco Rubio, whom many see as the strongest of the establishment candidates, appeared to place third at roughly 23 percent, trailing Mr. Trump by a little more than 2,000 ballots. It was a far better showing than polls predicted and enough to keep his campaign viable—placing in the top three, and possibly even the top two, in New Hampshire will be crucial.

His mentor, former Florida Gov. Jeb Bush, once the front-runner, fared far worse. Despite millions he and his Right to Rise super PAC spent in the state, he came in fifth. Mr. Bush has plenty of cash left, but the poor performance may begin to make his donors and endorsers queasy.

Retired neurosurgeon Ben Carson, who once led in the Hawkeye State, placed a distant fourth. He reacted to his relatively weak showing by declaring he was leaving the state to go shopping for “fresh clothes.” Little of his evangelical base resides in New Hampshire, so look for him to resurface in South Carolina—that is, if he resurfaces at all.

Updated to include statements from Mr. Cruz and Mr. Trump, and latest results. 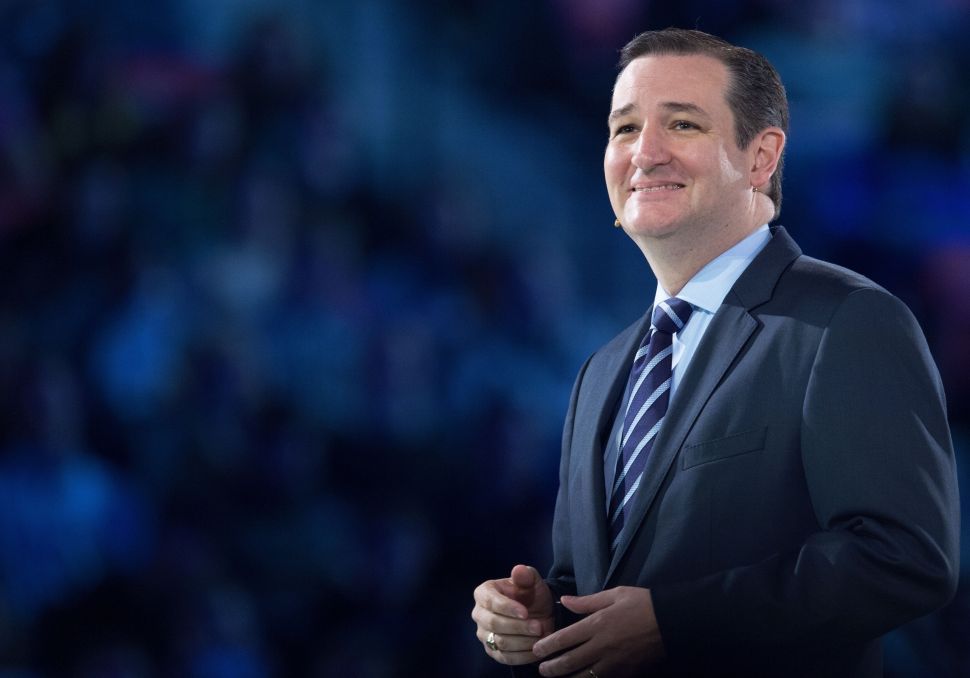