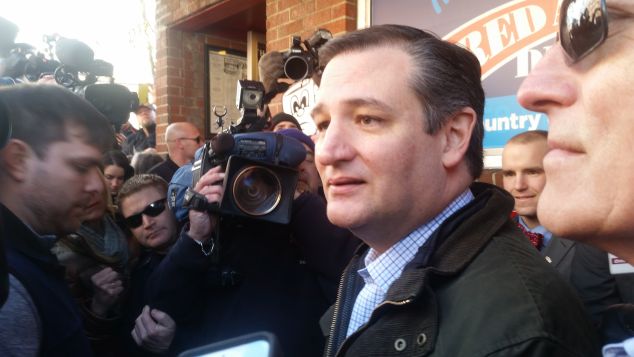 “I’m not gonna insult Donald. I think the people of New Hampshire deserve better than someone just throwing mud and insulting the other candidates and my focus is going to be on the record,” Mr. Cruz told reporters before he entered the Red Arrow Diner here. “He doesn’t like the fact he lost in Iowa. He can do that but I’m not gonna play that game.”

Mr. Cruz said Mr. Trump, who is the front-runner to win the Republican primary here tonight, is typically “pretty crude and profane.”

At a rally in Manchester last night, Mr. Trump called on a woman close to the stage to “shout” out an insult she had just said about Mr. Cruz. Mr. Trump repeated the woman’s one-word insult: “She said he’s a pussy.”

Mr. Trump has insisted Mr. Cruz unfairly won the Iowa caucuses last week because his campaign wrongly said Ben Carson, another Republican candidate fighting with Mr. Cruz for evangelical votes, was dropping out of the race. The Cruz campaign also sent mailers to Iowa voters falsely claiming they would be graded on whether they went to vote or not.

After months of comity, the two men, fellow immigration hardliners, have repeatedly traded barbs. Mr. Trump thinks Mr. Cruz may not be eligible to run for president because he was born in Canada; Mr. Cruz accused the real estate mogul of being “fragile” after he skipped an Iowa debate.

Today, Mr. Cruz again targeted Mr. Trump for his unorthodox policy positions, including his past support for single-payer healthcare, which is championed by the most liberal candidate running for president, Sen. Bernie Sanders of Vermont.

“There is a reason Donald Trump engages in profane insults,” Mr. Cruz said. “Because he can’t defend his own record. For example, he cannot defend his support of government-controlled healthcare, socialized medicine, putting the federal government in charge of your healthcare, my healthcare.” 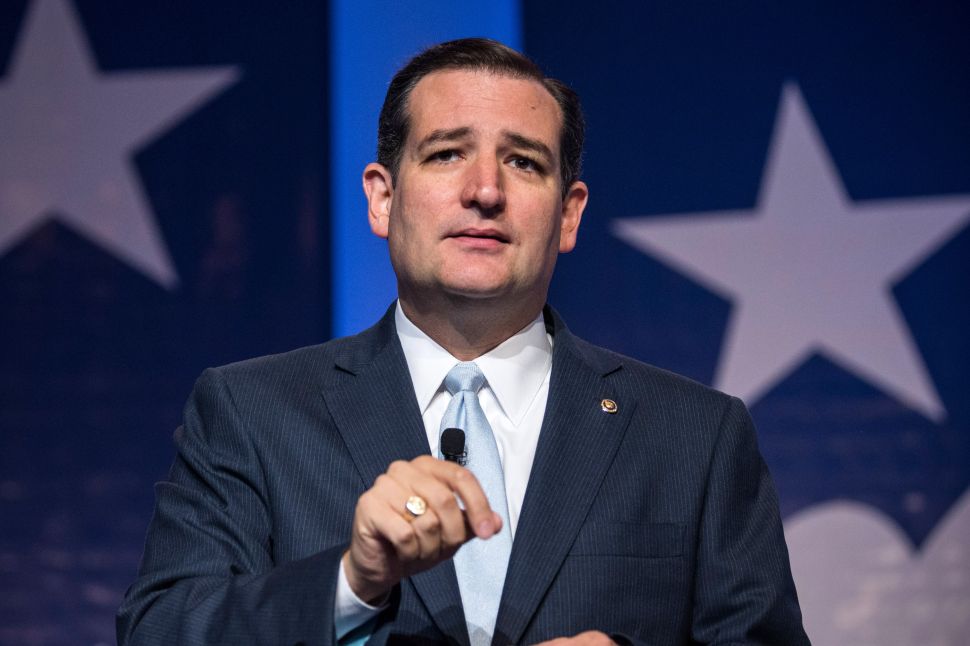