Ted Deutch has had a lot of practice using diplomatic language while traveling the country speaking to fellow Democrats who are skeptical about the Obama Administration’s foreign policy in general, and its approach in the Mideast in particular. And between now and November’s elections, he is likely to get a lot more.

The 50-year-old Congressman from Florida, the ranking Democratic member of the House Foreign Affairs Committee’s Mideast and North Africa Subcommittee, is at once a loyal Democrat and a sharp dissenter when it comes to the Administration’s policy toward Iran. In an election year where significant numbers of Democrats share Republicans’ view that American national security is a leading issue—and agree that the Democratic Party’s ability to satisfactorily safeguard the homeland is a matter of doubt—the calm, genial Mr. Deutch may play an important role in guiding Democrats back to positions that make their party more confidence-inspiring on security issues than it has been during the Obama years.

Democratic strategists can no longer comfort themselves with the thought that national security is somehow a Republican obsession.

There is growing evidence that Democratic leaders are beginning to worry the Administration’s appearance of haplessness, denial and naiveté on foreign policy issues has hurt the party’s standing with voters, and may hurt them a good deal this November. A Pew Research poll in December found 46 percent of voters believed Republicans were better-equipped than Democrats to deal with terrorism, while only 34 percent thought it was the other way around. According to the poll, 62 percent of Americans were very concerned about Islamic extremism. These results were consistent with recent polling by NBC and Monmouth University, which found that national security and terrorism had become the single most pressing issue for American voters. These polls made clear that Democratic strategists can no longer comfort themselves with the thought that national security is somehow a Republican obsession.

According to NBC, national security was of paramount importance to 26 percent of Democrats, while the Monmouth poll found it was the most important issue for 36 percent of Democrats. As New York Congressman Steve Israel, former Chair of the Democratic Congressional Campaign Committee, told Politico earlier this month: “There’s no question that we’ve got to address that issue. There is anxiety about a global threat across the board.”

A Democratic President’s dismissal of ISIS as “junior varsity,” revelations that the Administration cooked intelligence to make it appear our performance against ISIS had been more successful than it actually was, and President Obama’s jaunty proclamation ISIS had been “contained” shortly before the jihadist massacres in Paris and San Bernardino, have not helped the Democratic Party’s credibility. Nor has the White House’s spin-suffused and divisive, straightforwardness-challenged campaign to win approval for its nuclear deal with Iran helped the Party with those who have watched the world’s foremost state sponsor of terror obtain clearance to deploy nuclear weapons in the next 10 to 15 years, even as it pockets tens of billions of dollars to procure new weapons.

The images of American sailors seized by Iranians and forced to put their hands behind their heads in abject humiliation in photographs distributed by Tehran around the world were bad enough; Secretary of State Kerry’s tinny complaints that these photos were “unhelpful” were sufficiently pathetic to make many Democrats as nauseous as Republicans. Mr. Deutch was one of a modest number of Democratic Congressmen who bucked White House pressure to support the Iran deal, speaking out forcefully against it. “I cannot support a deal giving Iran billions of dollars in sanctions relief in return for letting it maintain an advanced nuclear program and the infrastructure of a threshold nuclear state,” he said when the deal was before the House of Representatives. “No one denies Iran’s support for the world’s most notorious terrorist groups. No one disputes Iran’s destabilizing influence on the Middle East or its role in killing Americans. And because no one trusts Iran not to cheat any way it can, the fact that the deal makes it nearly impossible to reinstate sanctions of today’s intensity is beyond alarming.”

But with the deal done, Mr. Deutch has turned to trying to keep the Iranian threat from fading into “yesterday’s news,” and to keep the bitterness generated by the debate over the deal from diluting the Democratic caucus’ focus on the Iranian regime. “Clearly, I was in the minority in my position on the Iran deal,” he says. “But I don’t believe I’m in the minority with my colleagues on the threat that Iran poses.”

This will remain to be seen. Mr. Deutch and fellow Foreign Affairs Committee member Joseph P. Kennedy III have introduced the Zero Tolerance For Terror Act, which authorizes Congress to impose new sanctions on Iran for engaging in terrorism, either directly or through proxies, or acquiring ballistic missile technologies in violation of U.N. Security Council resolutions. The bill directly challenges Iran’s assertion that sanctions for its non-nuclear conduct will relieve it of its obligations under the nuclear deal—and it tests as well the reliability of the Obama Administration’s frequent assurances during the debate that a nuclear accord would not affect its willingness to sanction Iran for acts of terror and other misconduct. The bill only has 15 co-sponsors thus far.

Asked if he expects the White House, for all of its talk of holding Iran’s feet to the fire when it was trying to win passage of the nuclear pact, will actually support his and Mr. Kennedy’s legislation, Mr. Deutch is diplomatic: “I don’t know what the White House’s position will be,” he allows, noting that the Administration has repeatedly said that it would both strictly enforce Iran’s obligations under the nuclear deal and “confront” Iranian aggression in non-nuclear realms. “They shouldn’t object to it. They’ve said that the Iran deal was never meant to address Iranian terrorism. [This bill] should be consistent with their position.” Asked about the editorials and op-eds published by Obama allies in recent weeks opposing sanctions against Iran on the ground that it would undo diplomacy and up-end the nuclear agreement—the position Tehran itself takes—Mr. Deutch points out that this view flatly contradicts what the Administration told the American people for many months. “I would hope that the White House will not take that position,” he says, “because they’ve been very clear about the need to make sure that Iran’s assertion that there can be no sanctions must be challenged.”

Mr. Deutch is aware that he has his work cut out for him trying to persuade Democrats alienated from their party to remain optimistic about its willingness to confront reality when it comes to Iran and other bad actors. Between the Administration’s own performance and Senator Bernie Sanders’ recent disclosure that his foreign policy advisors are James Zogby, founder of the Arab-American Institute, and J Street, the optimism Mr. Deutch himself projects is difficult to fully embrace. But he soldiers on, unwilling to let the Iranian threat get handled as a partisan issue, knowing that the only one that benefits if it does is Iran. 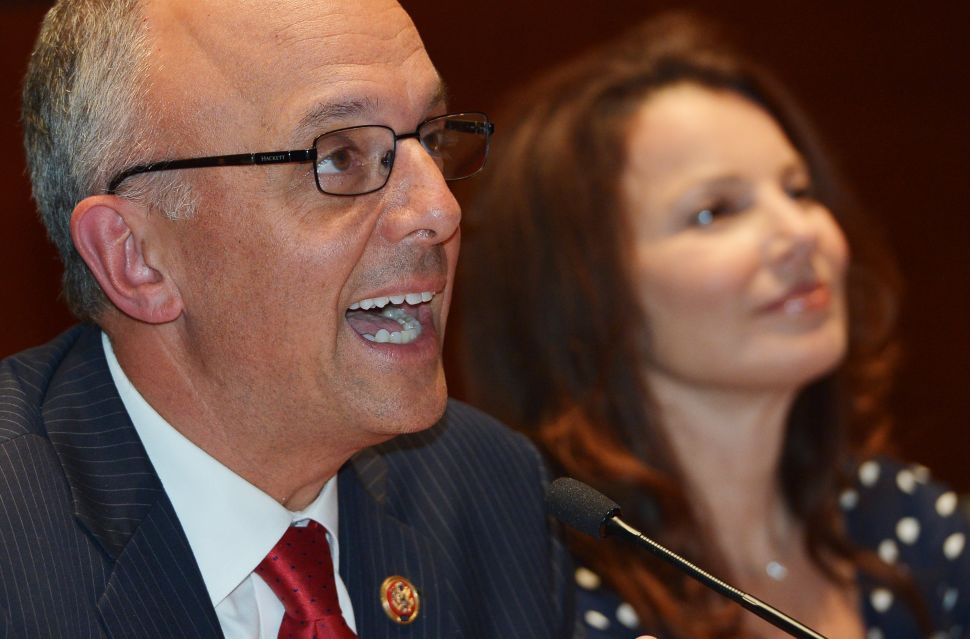