Until yesterday, Jeb Bush was the only Republican presidential candidate who didn’t own a firearm. So when he finally purchased a (monogrammed) gun, he tweeted out a picture of it for all to see:

But since Mr. Bush’s sagging poll numbers have made him a longshot for the nomination, the media and the Internet at large simply viewed the tweet (and the gun purchase) as a desperate push for publicity. The New York Daily News laid into Mr. Bush on its front page this morning:

At last there is nothing left to be said. https://t.co/b3GYAnVWNy

I could do this all day.. So I will end with this.. AMERICA @JebBush pic.twitter.com/npsz9EmfKU

Hey @JebBush, I have fixed it for you. #america pic.twitter.com/mVdwf9OhaU

This isn’t the first time Mr. Bush has failed at social media—his campaign slogan “Jeb Can Fix It” also became an immediate Internet joke when it was unveiled in November. 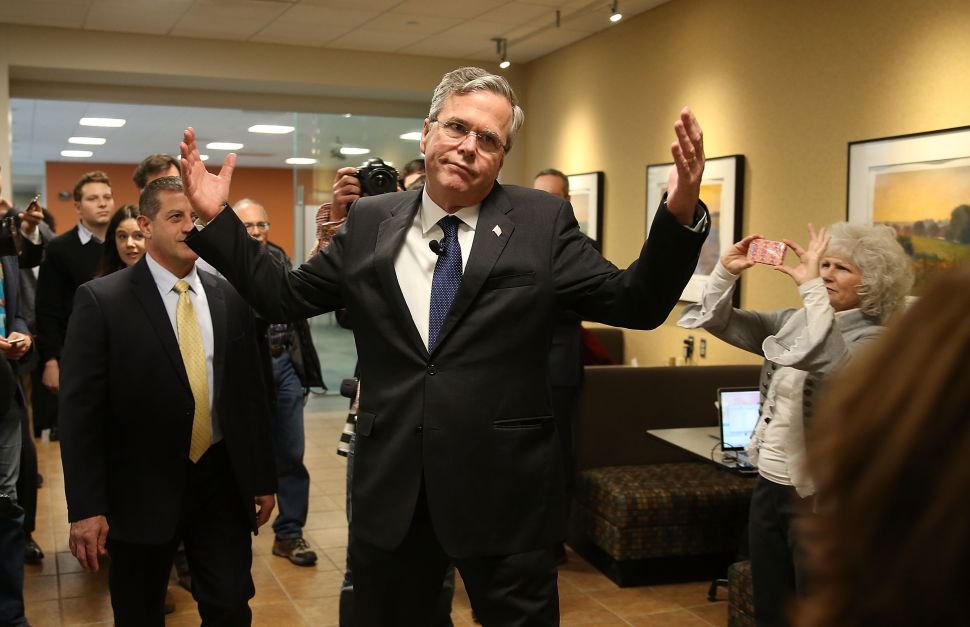