I’ve always said that your dreams can come true if your dreams are stupid. Last night, during The Challenge: Bloodlines finale I got a tweet about Jenna talking about Brianna’s job at the bakery aka the best line of the season on air during the Reunion show. Someone get George Bush into his flight gear because this right here, this is an all-time MISSION ACCOMPLISHED. I feel like I won the Final. This is my $250,000. Sure, they use lots of tweets throughout these shows I get that. And yes, MTV ran nearly three hours of new Challenge eps last night and were probably scraping the bottom of the content barrel when they were handed my hot fire take. You know what, who cares? Does it matter now that CT had never won a Challenge in like twelve appearances? Not once he won that first time. I made it on that screen during an episode. Case closed, that’s all I need…(unless they want me to do it again then that’s actually more of what I need…)

Back to the final. This was the second installment of the two part final which included four of the five competitions. The six finalists, Cara Marie and “Boston George” Jamie, Cory and Cousin “Chase Budinger” Mitch, Jenna and Brianna “Da Baker” were all given suits, a callback to the handy work of TJ’s boy Franz from last week. This was great for Cousin Mitch who has never owned a suit. Mitch said he never owned a suit. Mitch is a grown man. Who has never worn a suit. Mitch is that dude at your wedding / funeral / prom / church who is showing up in khakis and a Polo. Mitch is a shady candidate for Most Surprisingly Entertaining this season. Mitch gets lit, passes out in the Club, gets home and has Rianna feed him rolled up slices of deli meat, and he pulls this off all while never having owned a suit. Salute Mitch.

Immediately after putting on their formal wear, they go straight into an eating competition which means we’re going to watch them throw up again. It might be a week later for us but in real life they just finished last week’s comp where they were all throwing up beer so stomachs are empty. The Producers again ignore my Maximum Four Vomits rule. Somehow Jamie even pukes with a Boston accent. Although, I will say if you have to see people throwing up, doing it in suits makes it much funnier. This might be one of my most favorite Finals ever and it’s strictly off the addition of the suits. They had these guys running around Berlin looking like they were the Reservoir Dogs: Goofball Edition. The next part of the Final had them down in a subway station waiting for a train that was never going to come. But they had to stand in one spot and hold a briefcase. For like 12 hours. In suits. It was basically that scene from The Matrix where Neo and the suit guy fight in the abandoned subway except better because everyone was wearing suits and there was no philosophy 201 being shoved down our throats. And if waiting for trains in suits doesn’t strike you as hilarious, than maybe canoeing a German River does. The suits were huge. The suits played big. And yes, somehow Jamie even rows a canoe with a Boston accent.

The last leg of the Final was a puzzle. Once solved, you could then enter into Olympic Stadium where you had to run eight laps (two miles) to victory. Then all the times were added up from all the events. Cory and Mitch basically had a solo victory lap around the track and were done before Cara and Jamie finished their puzzle but because of the other events, Cara and Jamie still won. During the reunion, it became clear that Cara won at the cost of her relationship with Abe. But they’ve always been an explosive pair and I wouldn’t be surprised by anything that happens with them. Mitch and Cory came in second. And Jenna and Brianna finished in third. Props to Jenna this season for being unshakable. She’s done two Challenges, and gone to the Finals in both. If she sticks with it, she’ll see a win eventually.

The highlight of the reunion was Cory when asked about hooking up with Aneesa, if he had forgotten about his girlfriend at home, he said: “I’ma be real with y’all. I thought I was gonna get away with it.” Best quote ever. I don’t think that the AFI 100 Best Movie Quotes applies to reality tv shows but it should and this was better than “Frankly my dear I don’t give a damn.” In a house with cameras in the walls and humans carrying cameras on their shoulders, dude thought nobody would see him. Props. The low point of the reunion was John Bananas’s “Bananas Cam.” Early in the season, I said that giving him a GoPro was an interesting idea. He was the one that got the incriminating footage of Cara Maria and Thomas in the back of the bus. But I was wrong.There was a good fifteen second segment during the Reunion where John was running around backstage yelling “panty cam” and trying to upskirt the girls getting ready before the show. I don’t care how ruthless or whatever his gameplay is, as a person this was a trash move. I don’t even know why they put it on air. Real gross. Don’t give him the platform to do this.

The Sh*t They Should’ve Shown had the normal good stuff we miss out on all season, lots of pranks and jokes. They screwed up though because they should have just shown a full half-hour of Abram fighting with those three bouncers backstage at one of the aftershows this season when he went after Thomas for hooking up with Cara Maria. He does not have any effs to give.

And so another season comes to end. And if we’ve learned anything, it’s that Mitch has never owned a suit. Worth it. 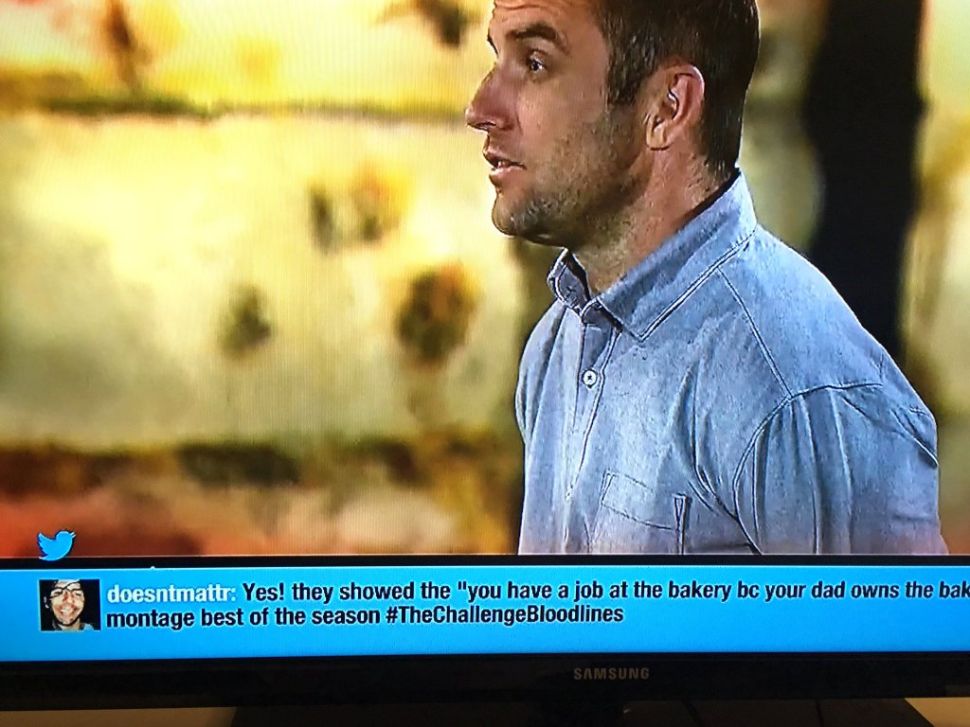